10 Scandals That Have Rocked The Kardashian Klan! 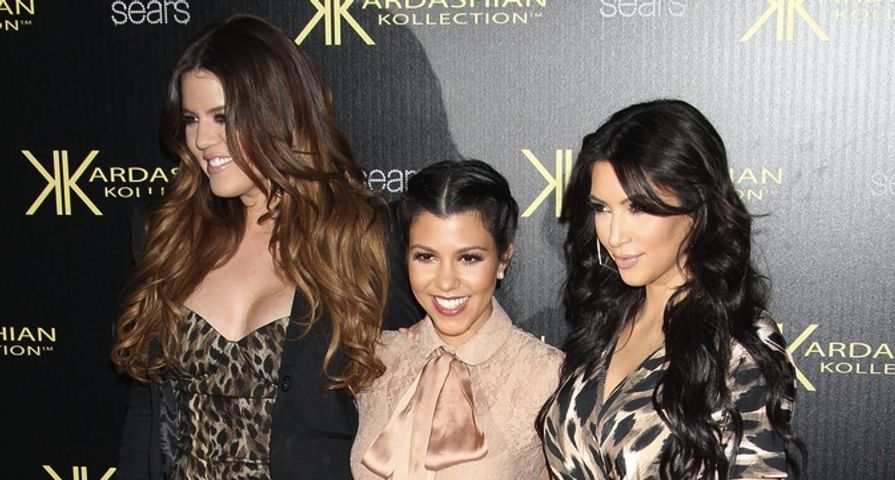 Keeping up with the Kardashians can be a bit hard, especially when it comes to their never-ending scandals, which began long before the family’s reality TV show debuted! Since the Kardashians are one of the most controversial families in show business, we have compiled a list of 10 scandals involving this famous klan for your enjoyment!

According to Radar Online, Kim was shopping around for someone to play her husband on “Keeping Up with the Kardashians.” The reality star allegedly wanted a professional athlete and she had her people call around offering dates to various single sportsmen.

9. Bruce and The Cross Dressing Scandal

Ellen Pierson, who married Robert Kardashian shortly before his death in 2003, claims that Bruce Jenner has enjoyed dressing in women’s clothing and lingerie all his life. According to Pierson, Bruce’s first wife Chrystie told her about it over drinks and his third wife Kris has no problem with it! Unfortunately the Kardashian girls were said to be less accepting. Peirson claims that Khloe called her father crying and screaming when she caught Bruce in the act!

Kardashian Transformations: 15 Pics From Before They Were Famous

It is rumored that Kris Jenner told her daughter to release the sex tape that made her famous. How else can one explain the timing of this video? It was leaked in February of 2007 and, after Vivid Entertainment bought the rights and released the video, the soon-to-be reality star sued Vivid for ownership. That April, Kim dropped the suit and settled with the company for $5 million, just six months before “Keeping Up with the Kardashians” premiered.

Kim Kardashian revealed that she regrets her 2007 spread in Playboy. The reality star said that her mother pressured her into doing the shoot to promote the family’s reality show. “My mother said, ‘They might never ask you again. Our show isn’t on the air yet. No one knows who you are. Do it and you’ll have these beautiful pictures to look at when you’re my age,’” Kim told Harper’s Bazaar.

The world was shocked late last year when news that Lamar Odom may have a drug problem hit the media. Most people brushed off the rumors but eventually Khloe pretty much confirmed the reports on Keeping Up With The Kardashians, and later filed for divorce from her hubby. Odom continues to try and get his life back on track while Khloe is doing her best to move on.

5. Is Khloe Really a Kardashian?

Every ex-wife of the late Robert Kardashian claims that he told them that Khloe was not really his daughter. Sources say that Alex Roldan, Kris’ former hair dresser, is really the reality star’s father, but he signed a $30 million non-disclosure agreement.

According to model Michael Girgenti, Scott Disick may not be Mason’s biological father! The male model insists that he had a fling with Kourtney while she and Scott were on a break back in 2009 and that he could be the real father of Kourtney’s son. Test results eventually proved that Scott is Mason’s real dad.

According to Amber Rose – Kanye West’s ex girlfriend – Kim and Kayne hooked up while the reality star was dating Reggie Bush and the rapper was dating Amber. Kim – who met Kanye back in 2004 – insists that they were just friends until 2012 when they began dating.

In 2011, the Kardashian family came under fire for allegedly profiting from fashion lines that were produced in sweatshops in China by employees as young as 16 years old. Kris Jenner denied the allegations. “The factories are very well policed and meet factory standards,” she said.

1. The Kardashians Vs. Brandy’s Mom

In 2008, R&B singer Brandy Norwood’s mother filed a lawsuit against Kim, Khloe, Kourtney and Robert Jr. alleging that they ran up charges on the her credit card without her permission. Brandy’s mother claims that Kim was authorized to to make one purchase on the Norwood American Express card back in 2004 when she was employed as Brandy’s stylist. The siblings apparently made unauthorized purchases on the credit card, running up a bill of $120,636!