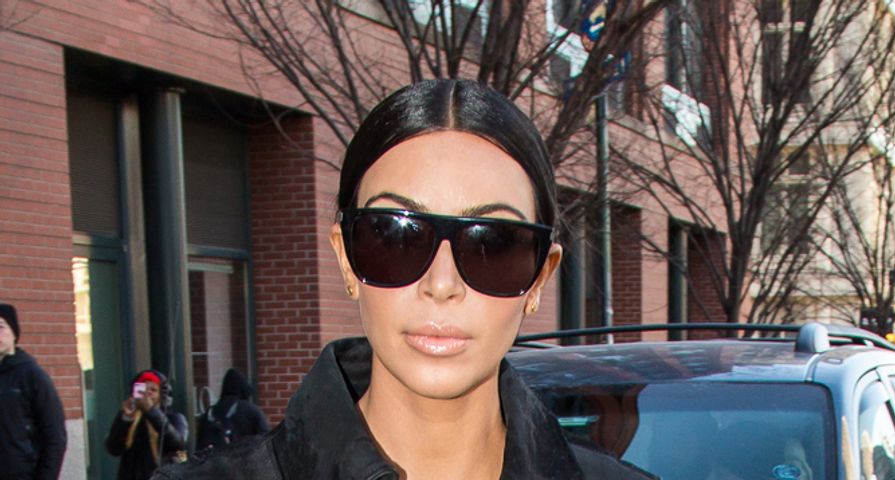 Kim Kardashian recently wrote a letter to her future self for Glamour magazine and, while some of her advice wasn’t bad, the letter was missing a lot of sound advice that she should have given herself. In the letter, she just talks about collecting more Instagram followers, being patient with her children, ignoring the haters and focusing the positive, most of which is decent advice, albeit a little shallow. We’re getting the distinct impression that she isn’t that self aware, which is why we’ve created a list of 9 things for her that she should have told her future self instead!

Forget the Spanx – It’s All in Your Head

In her letter to her future self, the reality TV star reminded her future self to more forgiving when it comes to her body because she’s not getting any younger. She really should have said something about being more accepting of her body – it’s perfect the way it is. She doesn’t actually need the Spanx. She just needs to wear looser clothing – the kind that doesn’t threaten to cut off circulation.

Wealth and Privilege Aren’t Everything

Kim Kardashian and her family have worked very hard to get where they are. Now they have all the wealth and privilege that anyone could ever want, but they still don’t come as especially content. Kim really should have let her future self know that, while wealth and privilege can be nice, neither will bring you that much joy.

Getting Naked for a Magazine Is Never A Good Idea

Kim Kardashian has said that during her first pregnancy she decided to take it all off for a magazine once she lost all of the weight and she did just that. It was totally unnecessary though. It was really just to prove to the haters that she still has a killer body even though she gained a lot of weight during her pregnancy. Kim really should have told her future self (not to mention her daughter) that no matter how insecure she feels she should never take it all off for a magazine.

Lay Off the Botox and Fillers

Even though Kim Kardashian has never admitted to using Botox and fillers on a regular basis, it seems pretty obvious that she does. She looks so radically different than she did in 2007, which is kind of sad. She should have reminded her future self that she doesn’t actually need the Botox or the fillers or the lip injections. She’s actually more beautiful without it.

If Your Face Isn’t On Every Tabloid, It’s Okay

The Kardashian family is always on our minds, partly because they are always covering the tabloids. Whether you’re at the grocery store or on the Internet, it’s like you can’t escape them. Kim should have politely reminded her future self that it’s okay to not to be on the cover of every tabloid.

We all know that Kim Kardashian encouraged her younger sister Kylie to get lip injections because she was insecure about her normal-looking lips. She should have reminded her future self that plastic surgery isn’t always the answer, especially when it comes to someone’s insecurities. Loving yourself the way you are should be the message she’s sending to her daughter, her younger sister and her fans.

Smile More – Laugh Lines Are the Sign of a Happy Life

Since hooking up with Kanye West, Kim Kardashian has stopped smiling. According to her, smiling causes wrinkles, which is why she avoids smiling or laughing. She really should have mentioned something to her future self about the necessity of smiling and laughing. It might cause lines, but it shows that you’ve had a happy life.

Complain Less – There Are People Out There with Real Problems

Whenever she’s pregnant, Kim Kardashian spends a lot of time complaining. For her second pregnancy, she’s already complained about her morning sickness, heels, Spanx, food and her husband’s constant absences. She should have reminded her future self that there are people in the world who have real problems. Hers are definitely of the first world variety.