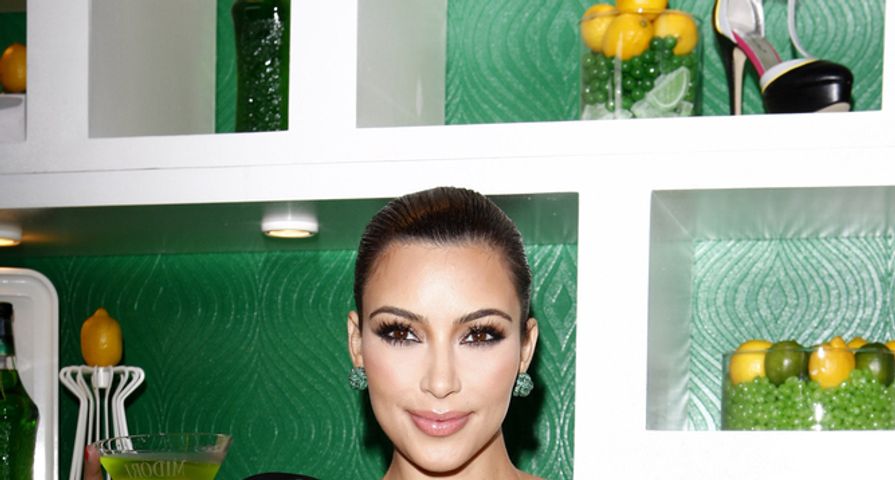 Well… it has been a fun ride. Kim Kardashian set out to be famous from a very early age, and she has achieved that goal. Now, it’s time for her to buckle down, and get serious about applying her talents and skill set to a career. She’s in her 30s and has the clout to do a lot of things she’s probably always wanted to try. Here are a few things Kim is probably really good at — things she could think about spinning into a career. All PC police should turn back now. While in good fun, this list will definitely offend.

This was a gimme. Aside from being Robert Kardashian’s daughter, and having a ton of cash at her disposal from an early age, Kim Kardashian probably would have only gotten as far as “L.A. Socialite” if she didn’t get freaky with Ray J. Isn’t it crazy to think that Ray J. was the real celebrity at the time? What we learned: Kim proved that she could do the deed on camera, and that she could make a profitable film. It’s not to say this would be the wisest choice for the soon-to-be mother of two, but it would be a career choice. Considering Kim’s panache for the best of the best, and the finest of the fine and the hated of the hated, she’d probably produce a train wreck starring Caitlyn and Kris Jenner entitled, For Old Time’s Sake.

You can’t deny the power of Kim Kardashian’s brow line. Her sisters have similar magic framing their eyes, but nobody has what Kim has. One would be justified in presuming that those brows would probably come to a fascinating point in the center, or wrap around her side-burn area to create a stellar new trend if she were to just let them go. But Kim keeps it nice and clean. Her brows are gorgeous. If she were to open a brow bar, and hire the people who presently shape hers, she would probably have dignitaries from around the world visiting for a quick threading. She could score endorsements from people like Peter Gallagher, and also ensure that no one makes the mistake of tattooing their brows… ever again. Brow bar, Kim. Think about it.

5. Voice Over Artist for Japanese Anime

When it comes right down to having a knack for something, Kim Kardashian probably could, and should be a voice over artist for Japanese Anime. The only problem we can foresee is the glaring and hard truth… Kim doesn’t speak Japanese. Still, what she could do: serve as an overdub voice over artist for Japanese Anime being translated into English. It’d be awesome if she could offer the overdub in Armenian, but… Kim can’t speak Armenian. A best-case scenario would be Kim’s hidden talent of having an excellent ear for phonetics, and being able to quickly learn Japanese by sound. The reason we know Kim has this hidden talent? She can apparently understand everything Kanye says.

Kim could make a great living — by regular people standards — working as an extra in music videos. Having an expert understanding of the Los Angeles city-scape, and an even better understanding of how to find a camera lens and offer every available body angle within three seconds, Kim could be booked day after day making some decent scratch in music videos. Whether it could lead to a featured role, only time would tell, but she certainly has the potential. Kim would even be perfect in one of those country music videos where the country star is living on a ranch, and somehow scored himself a hot, exotic lady-friend, who is always running around in linen, or white cotton that is wet because it’s so hot outside…? That is right up Kim’s alley.

Did you know: Glendale, California, has the largest concentration of Armenian citizens outside of Armenia. Because of this fact, Kim once suggested that she was considering a run for Mayor of Glendale. Kim is half Armenian, and her name is most certainly full of Armenian pride, but… we’re thinking the fine folks in Glendale would rather see her working the unmentionables at Bloomingdale’s in the Glendale Galleria. Imagine a scene at a lingerie counter very similar to the one featured in National Lampoon’s Christmas Vacation. Now, imagine Kim Kardashian as the sales person. A marriage made in heaven. This might be the most lucrative career opportunity for Kim — definitely some opportunity for advancement.

This is a stretch, because Kim is not very tall. She is listed as being 5’3″, which is also a stretch. What saves this potential career option is Kim’s ability to wear very high heels. Make them platform heels, and she’s a shoo-in… phonetic pun intended. Kim could totally hold a card over her head, and walk around in a boxing ring, or an MMA ring or a backyard brawl ring to the delight of the crowd. Think back to the Mayweather versus Pacquiao fight, and imagine Kim Kardashian as the ring girl. Instead of the minute rest periods being filled with conversation like, “Why isn’t Manny throwing more punches?” It would have been filled with questions like, “Do you really think her butt is natural, or did she get implants?” Kim could save boxing.

Because Kim is the butt of too many jokes — and for good reason — she deserves fairness. She deserves to hear what she loves to hear the most: she can pretty much make anything look good, if not great. And Kim Kardashian donning the traditional uniform for the most underrated food establishment ever, Hot Dog On a Stick, would do more to break the Internet than posing nude on the cover of a magazine ever could. For Kim, one is old hat. The other… would offer a stupid hat that would be oddly intriguing on the sexy Kim. Sure, it might make more sense for Kim to work at a joint called “Hot Dog On a String,” because of her ability to puppet dudes, but if she really wants to break the Internet, she will apply for a shift management position at Hot Dog On a Stick.