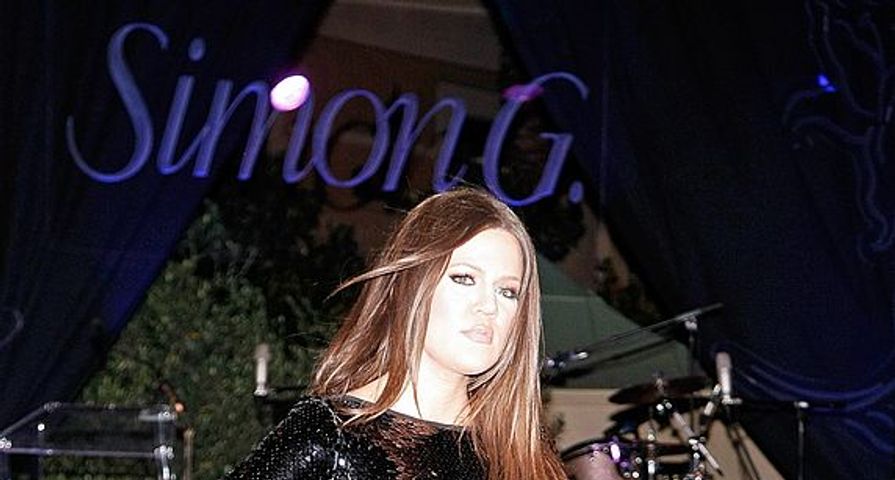 Khloe Kardashian has been famous for more than a decade. When she first rose to fame, she had a very different look than she does now, and it is easy to forget. Check out these 20 rare photos that most people probably haven’t seen of the reality star:

Khloe attended the launch party for T-Mobile Sidekick LX Tony Hawk Edition in Los Angeles in 2008. She walked the red carpet with her sister Kourtney and rocked this blue and silver bodycon dress. 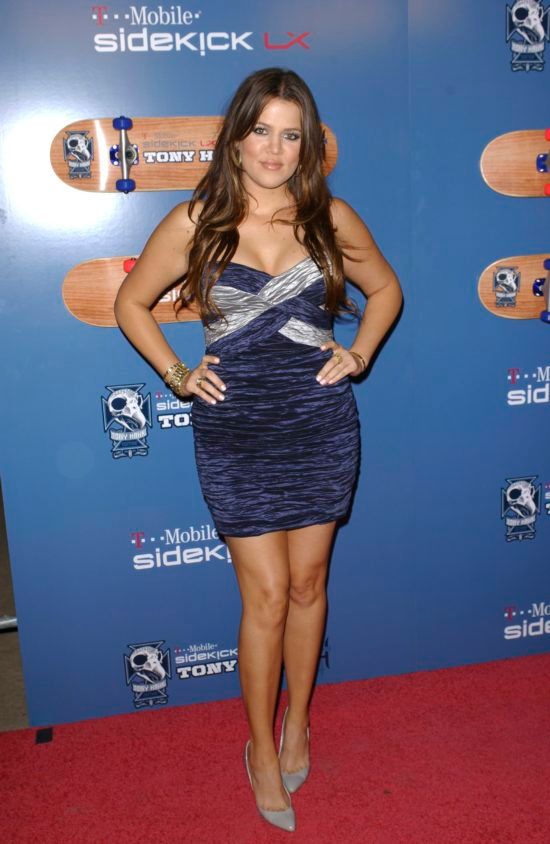 The Keeping Up with the Kardashians star arrived at John F. Kennedy International Airport in 2009 with her sister Kim. While we love Khloe’s casual look, we don’t love the silver Ugg boots. They admittedly match her scarf, but they really take away from the rest of the outfit. 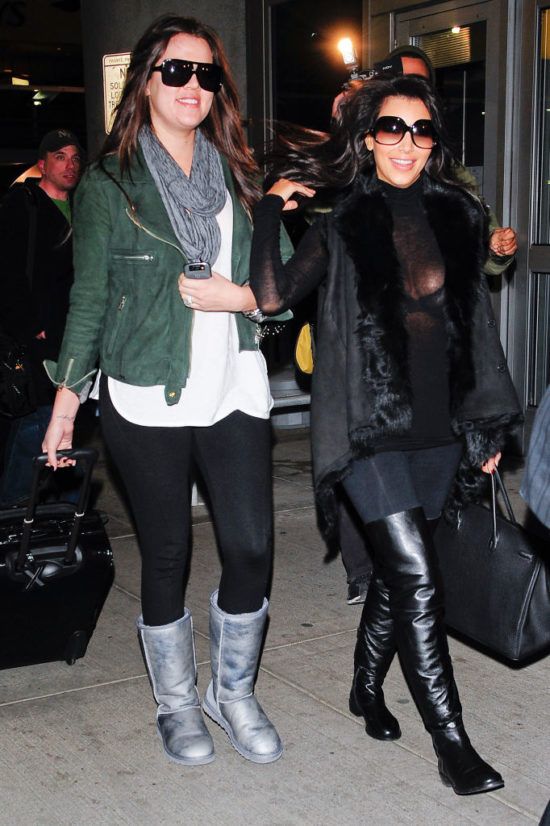 Kardashian attended a party at the Scandinavian Style Mansion, which was hosted by none other than Lindsay Lohan. For the event, she wore this bright blue satin shirt with a pair of black leggings and accessorized with a blue bag that didn’t quite match. 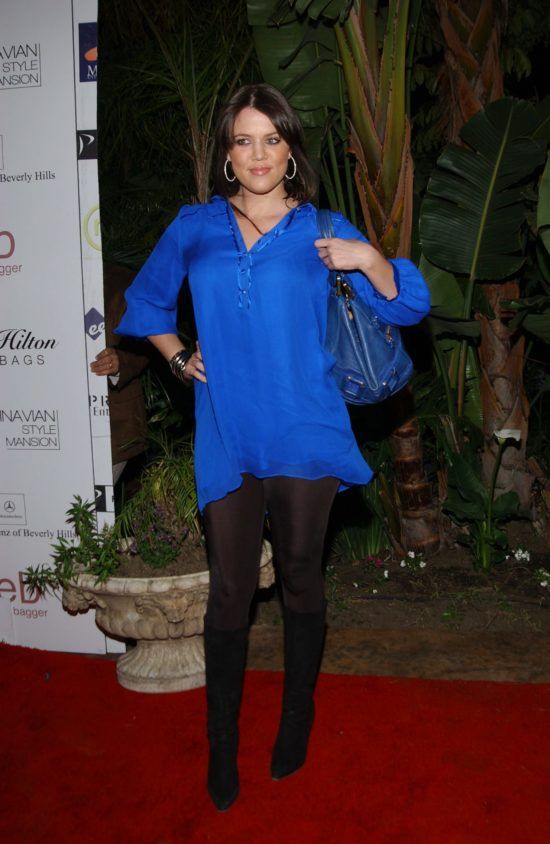 In 2008, Kim Kardashian performed with the Pussycat Dolls in Las Vegas and her family came out to support her. Here Khloe is walking the red carpet at PURE Nightclub before the performance in this green and black number. 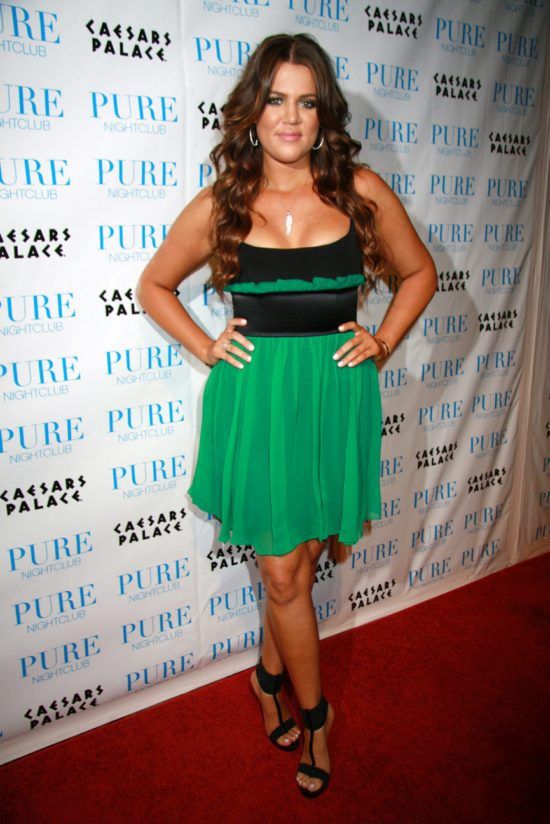 In 2009, Kardashian participated in DIRECTV’s 3rd Annual Celebrity Beach Bowl along with her sister Kourtney and her brother Rob’s girlfriend Adrienne Bailon. Her mother Kris was also there to show her support. 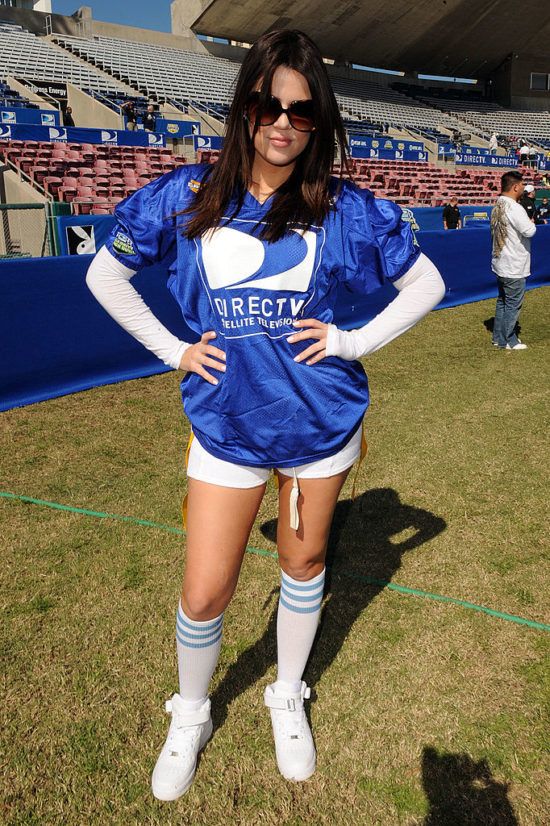 The reality star was at blogger Perez Hilton’s 30th birthday party in 2008 at the Regent Beverly Wilshire in Beverly Hills. She wore this silky gold and black gown with gold accessories and a black clutch. This was actually a really good look on her! 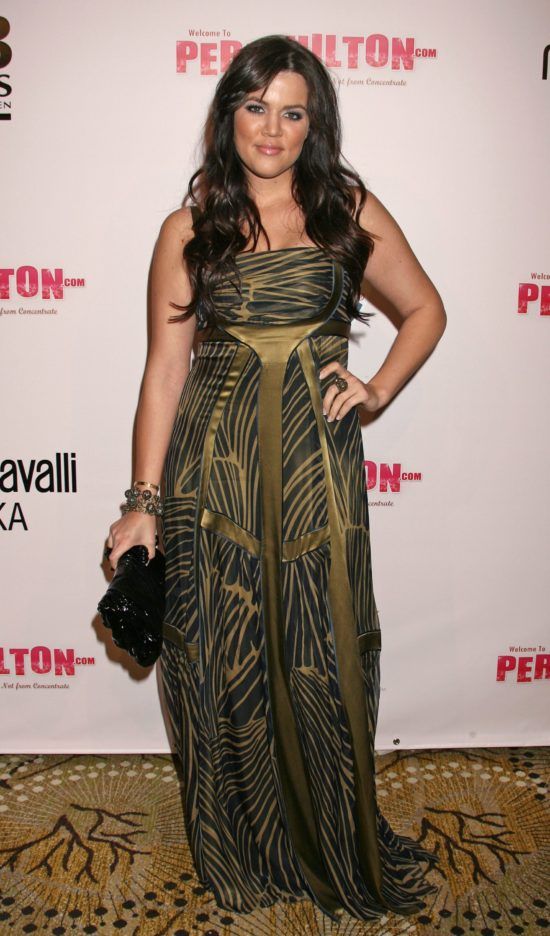 Khloe attended the Anti-Valentine’s Day Party in 2009 at TAO Nightclub in Las Vegas. She was there with her older sister Kourtney and her younger brother Rob. She looked super cute in a little lacy black dress.

Kardashian was with her younger half-sisters Kendall and Kylie and her stepdad Bruce (now Caitlyn) at a Time for Heroes Family Carnival in 2008. She made sure to dress casually in jeans and a green tank top and sheer cardigan. 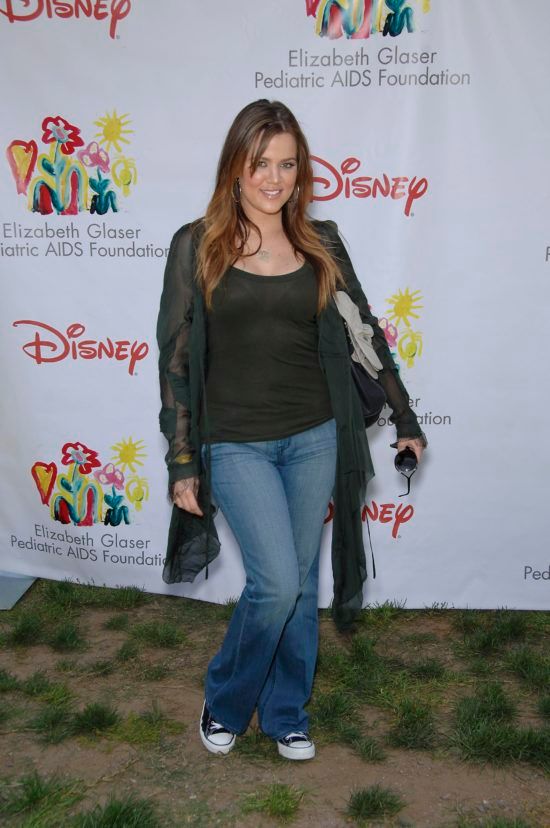 Many of us are used to seeing the reality TV star as a blonde or a brunette, but in 2011 she showed up at the People’s Choice Awards with red hair. It actually looks really good on her, especially with the grey long-flowing gown. 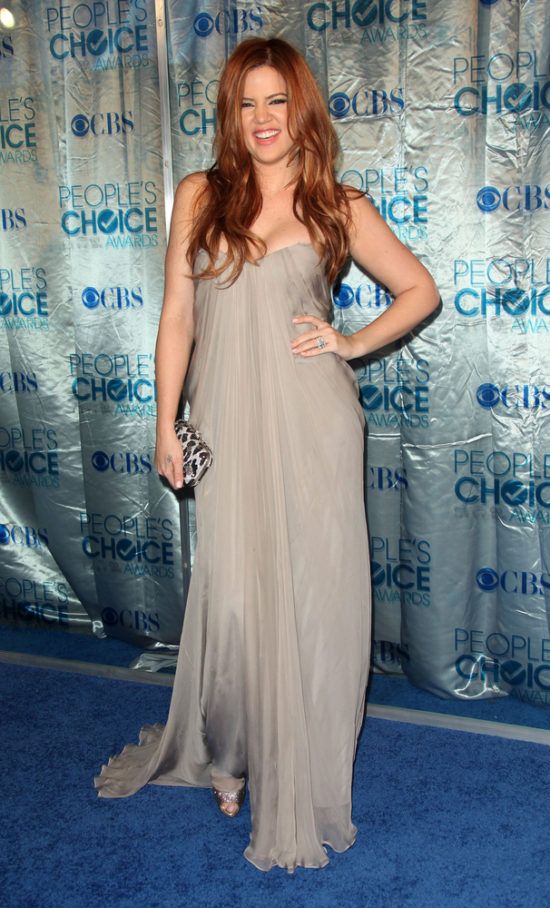 On New Year’s Eve in 2008, Khloe was with her sisters Kourtney and Kim in Miami. She rocked this sparkly little cocktail dress with matching heels and carried a black clutch. They were spotted dining at Prime 112 Steakhouse before midnight. 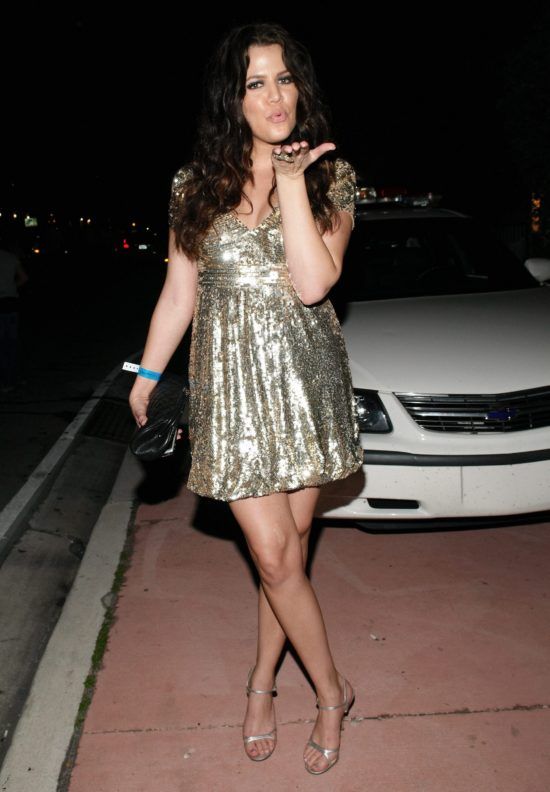 At the Us Weekly Hot Hollywood Party in 2009, Kardashian showed up looking like a million bucks. She rocked this sexy black tube dress with a black pair of pumps and some gold bracelets. This was just a few months before she met Lamar Odom. 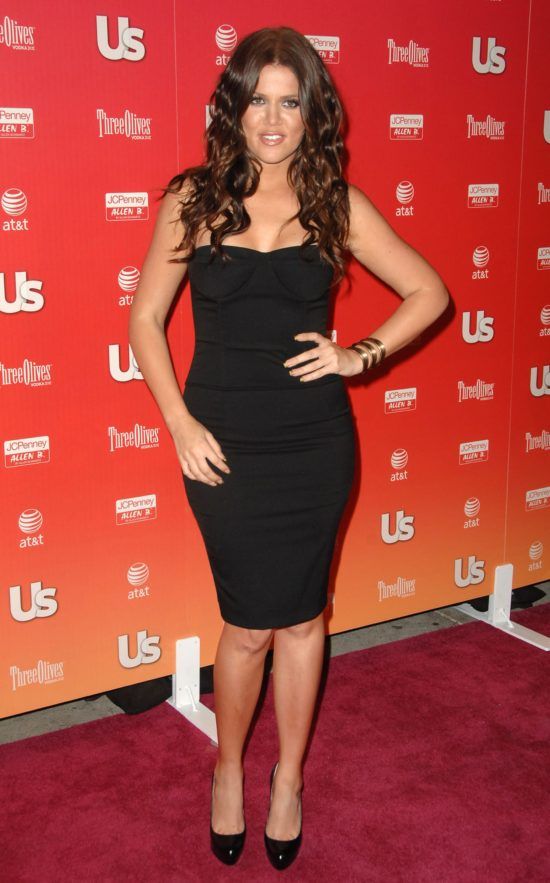 In 2008, the TV personality attended Tori Spelling’s book party reception for sTori Telling, which was held at Kitson in West Hollywood. Interestingly, eight years later, Spelling would be a guest on Kardashian’s show Kocktails with Khloe. 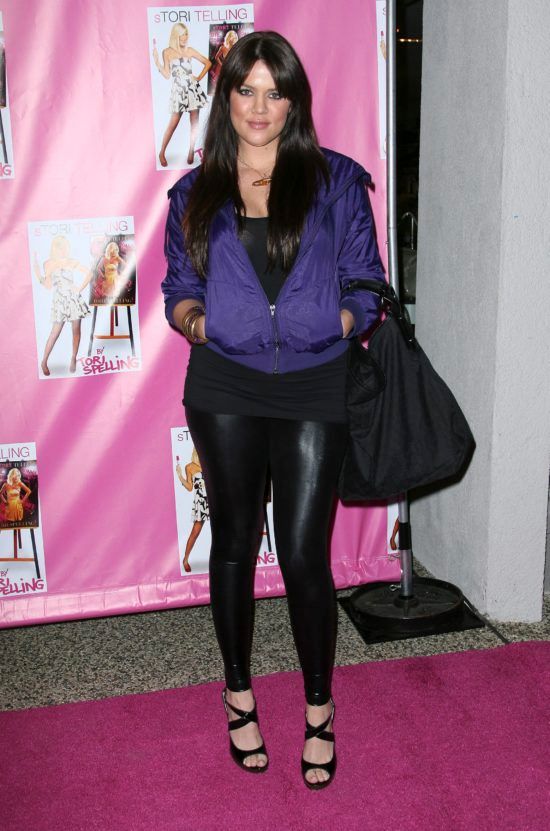 Khloe walked the runway for the clothing stores Dash and Smooch during Mercedes Benz Fashion Week. Her family owned both stores. Dash was closed in 2018 and Smooch was several years earlier in 2009. 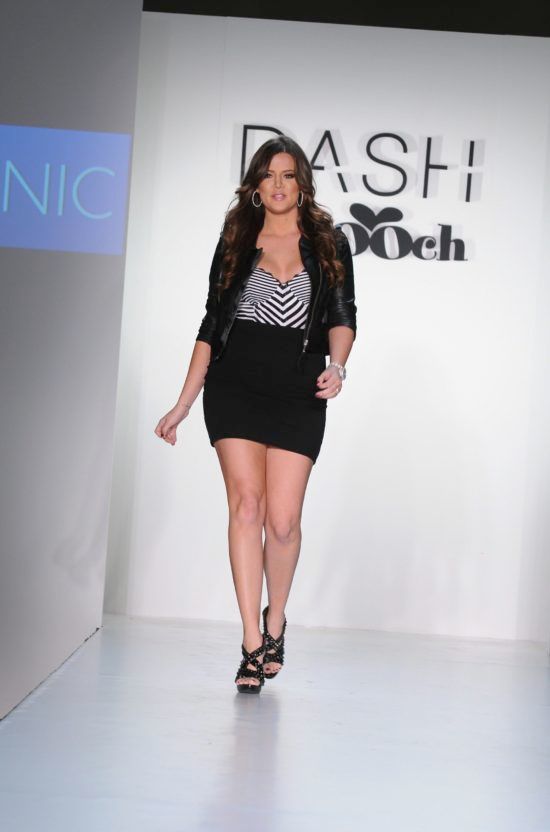 The Keeping Up with the Kardashians star was in Miami, Florida for New Year’s Eve in 2007. Here she is walking down Collins Avenue looking super casual in a little white sundress and flip flops. We really miss casual Khloe! 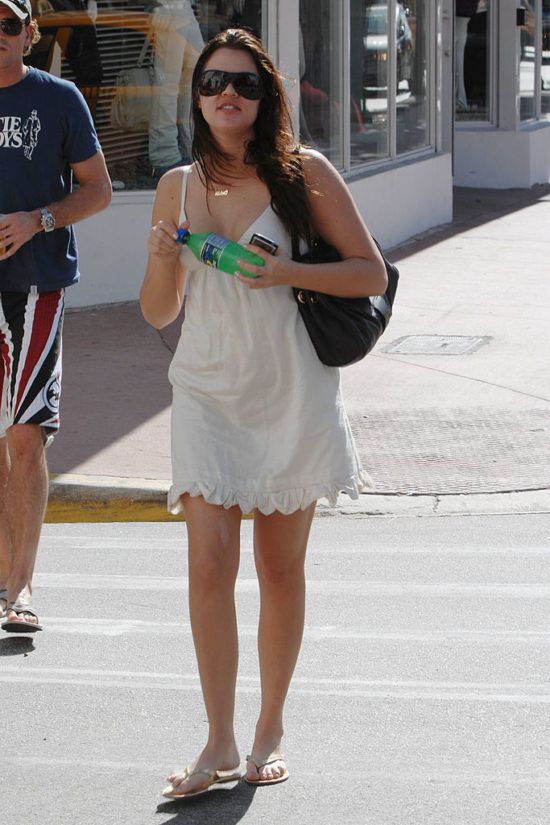 6. The Svedka Vodka and Evil T-Shirt Launch Event to Benefit Heal The Bay – 2008

When Khloe was a newbie to the entertainment scene, she attended all sorts of events to get her name out there. In 2008, she attended the Svedka Vodka and e.vil T-Shirt Launch Event to Benefit Heal The Bay at Fred Segal. 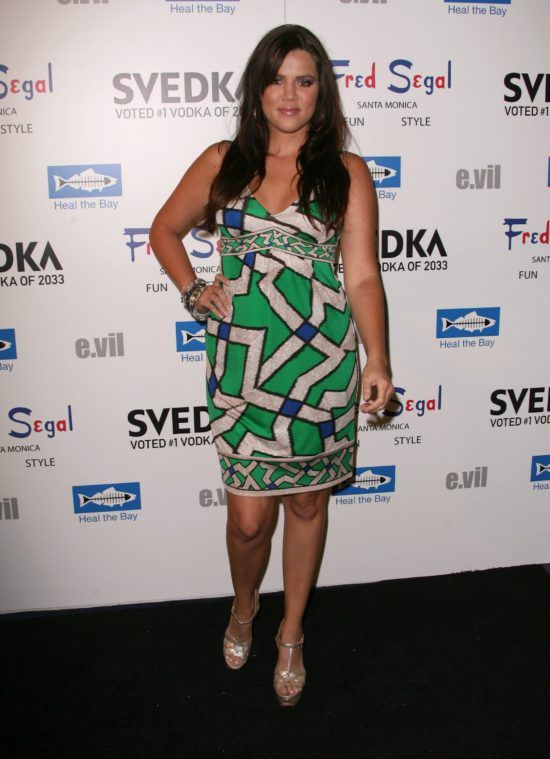 On December 30, 2007, Khloe was in Miami, Florida. She arrived at Set Nightclub in style. She rocked this short, gold, textured dress with a pair of gold heels and a gold and silver clutch. You can see her blackberry in this photo too – what a relic! 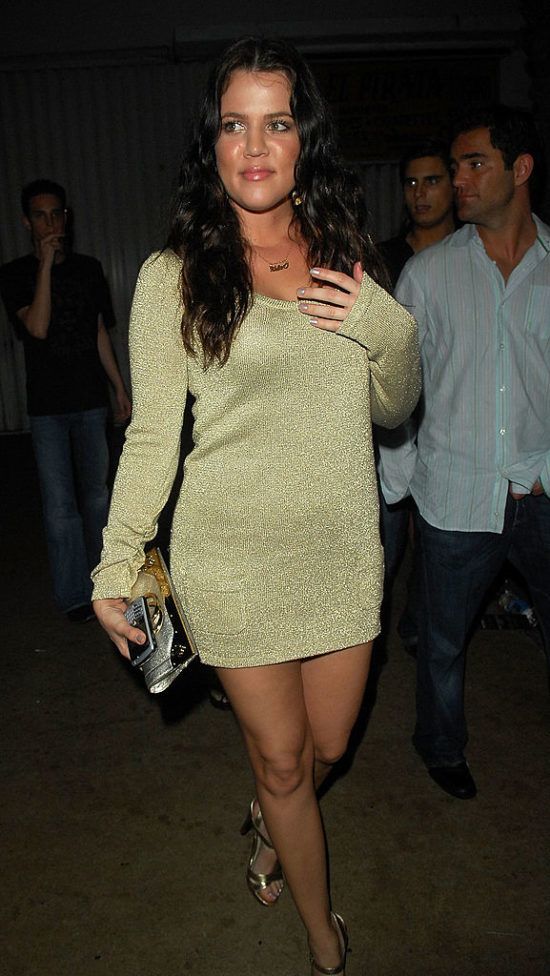 Khloe attended the 2nd Annual Celebrity Bowling Night in 2008 with her sister Kim and her brother Rob, as well as their partners at the time, Reggie Bush and Adrienne Bailon. She did not look like she was dressed to bowl, but then again, no one else did either! 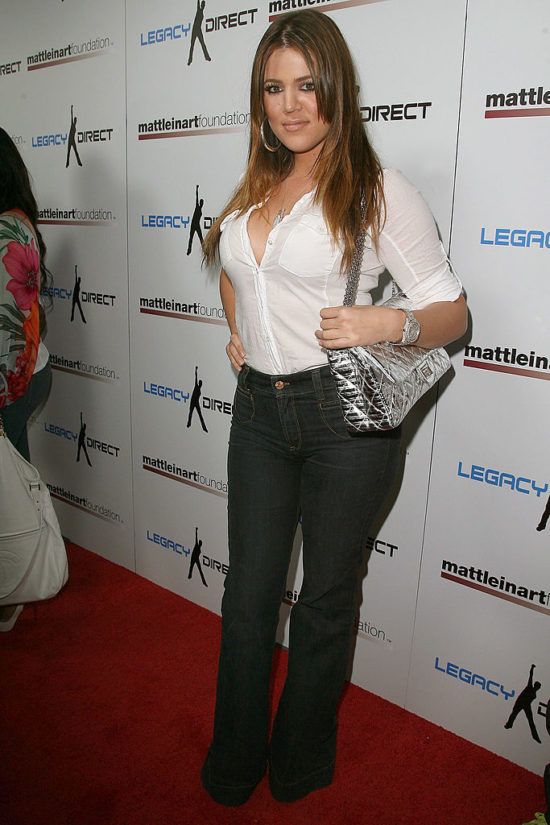 The Strong Looks Better Naked author was in Johannesburg, South Africa in 2009 with Kim and her boyfriend at the time Reggie Bush. They were there for a private dinner for the Diamond Empowerment Fund. It looked like a good time and they even got to play with lion cubs! 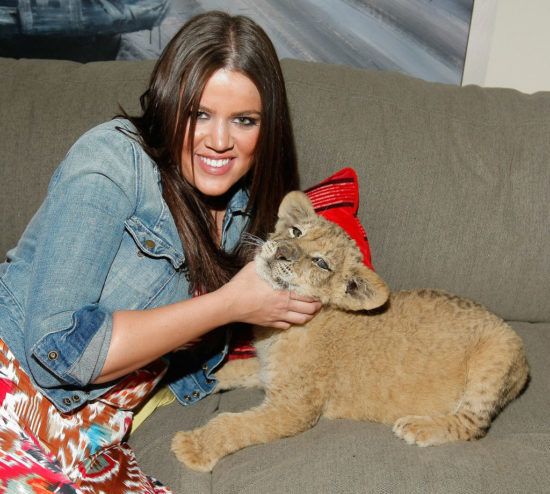 Khloe attended Dolce’s Five Year Anniversary at the Dolce Enoteca in 2008 with her brother Rob and his girlfriend Adrienne Bailon. While her makeup looks flawless, the dress did not. The bottom, which was feathered, was the obvious problem. 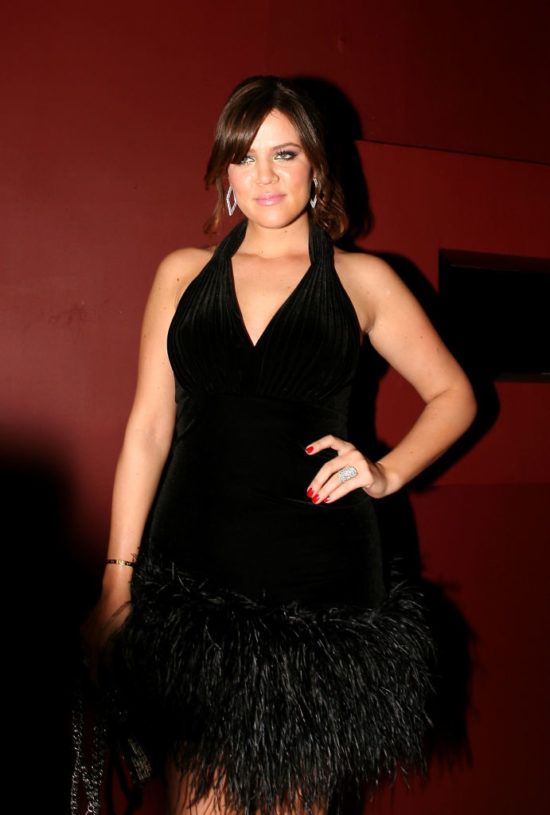 In 2009, Kardashian presented a creation in fashion designer David Alexander’s summer collection “The Furious Phantoms” at the Simon G. Jewelry “Spring Bling” event. It was a pretty glam look with all of the sequins! 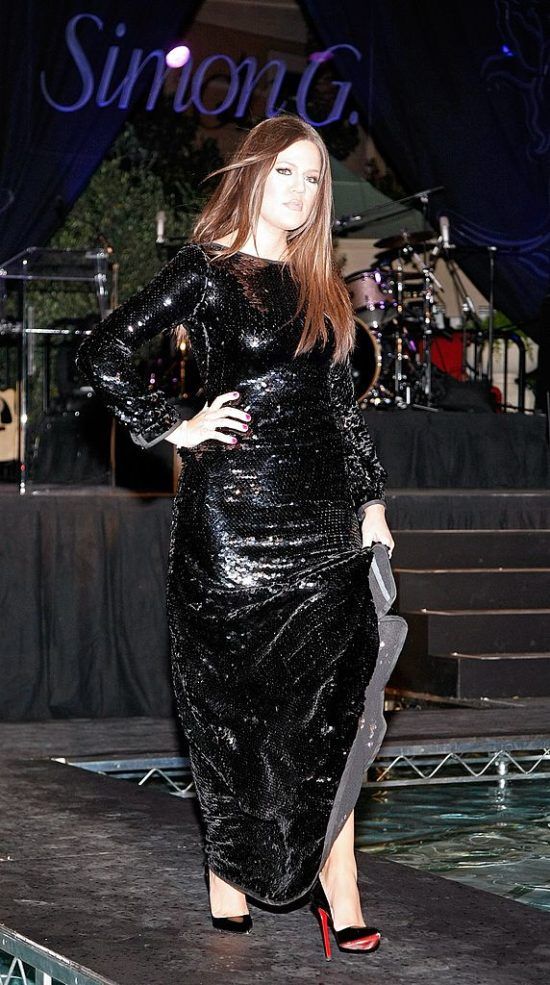