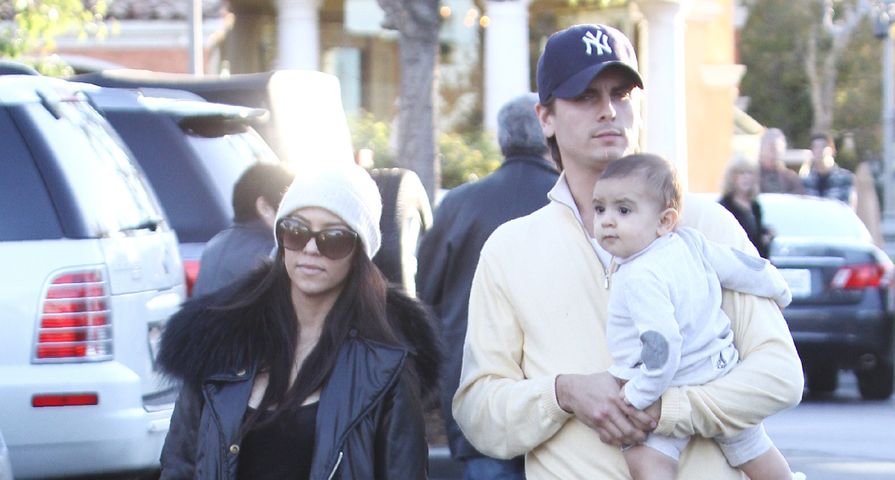 The Kardashians have really made their mark on the entertainment industry. Since 2007, we haven’t been able to turn on the TV or pick up a magazine without seeing their faces staring back at us. They are definitely here to stay – even though some of us wish they would just disappear. Because they are so ridiculously famous, rumors about them are all over the Internet and on the cover of every tabloid. Some of these rumors have turned out to be true (i.e. Bruce’s transition) while others are just so out there that there is just no way. We have rounded up the nine most insane Kardashian rumors ever and have put them to rest. These rumors are just ridiculous – even for the Kardashians!

According to entries from Robert Kardashian’s journals, Kris tortured her eldest daughters, Kourtney and Kim, with hair pulling, arm-twisting and repeated beatings. One entry stated, “Kris was kicking and beating her and said she was going to kill [Kim]! Kim was hysterical.”

Kanye West and designer Ricardo Tisci – who is openly gay – are reportedly more than just friends. During Kim’s pregnancy, he spent more time with Tisci in Paris than he did with her. MediaTakeOut noted back in 2014 that West and Tisci attended a party wearing matching outfits and the rapper ignored Kim while he doted on his friend. Tisci has helped fuel these rumors. He told MediaTakeOut that he hooked up with a male celebrity back in 2011 and everyone thinks its West.

The “Jesus Walks” rapper might be really good friends with Tisci, but he seems more into his wife. This one has got to be just another insane rumor.

Kendall and Scott Hooking Up

Kendall’s rep denied the rumors and Khloe joked on Twitter about the alleged affair on Twitter. “I’m really p**sed about this whole @KendallJenner and @ScottDisick thing!! Scott, I thought it was you and I that was having the affair!” she tweeted. As much as some people may want Kourtney and Scott o break up, we doubt that he would leave her for a member of her family.

Kim Is Faking Her Pregnancy

After Kim Kardashian announced her second pregnancy, talk show host Wendy Williams speculated that the reality star would either secretly use a surrogate or possibly wear a prosthetic belly to fake her pregnancy.

This rumor really got under Kim’s skin. She fired back on Twitter. “Please! This is the type of stuff I will address. If I got a surrogate I would say I did! Thankfully I didn’t have 2,” she tweeted. We doubt she’d fake her pregnancy. She complains about it way too much for it to be fake.

Khloe Kardashian doesn’t really look like a Kardashian. She has lighter skin and lighter hair and she’s taller with a totally different physique. Robert Kardashian’s ex wives have said that he told them that Khloe wasn’t actually his daughter and tabloids, like the National Enquirer, have claimed that O.J. Simpson is her real father. Kris has denied this; however, O.J has never commented.

Even though Khloe has never had a DNA test to prove that she is Robert Kardashian’s daughter, we doubt O.J.’s her real father.

Several tabloids have claimed that Kylie is pregnant. Some say Tyga’s the father while OK claims that Scott’s the daddy.

Considering that the most recent episode of “Keeping Up with the Kardashians” is about Kylie being on birth control, the pregnancy rumors seem false. Also, she is 17 and not even finished high school. The idea that she would hook up with Scott is definitely the most insane part of this rumor.

The Kardashians Are Going Broke

Back in 2013, Star alleged that the Kardashian-Jenner klan was going broke. A source told the magazine that the family was “not nearly as rich as they let on,” and was “spending money faster than they make it.” Star also claimed that the IRS was after them for unpaid taxes; Kim was putting hundreds of thousands of dollars a month on her credit cards; and their financial advisor was jailed for fraud.

As much as would all like to imagine a Kardashian-less world, we think they are here to stay. Their empire is still booming and their reality TV show is here to stay – for the next few years at least.

Kris Caught in Bed with Lamar

Star magazine claims that Kris hooked up with her daughter Khloe’s estranged husband Lamar back in spring 2014. She was feeling lonely after separating from Bruce and sought solace with Lamar. One of the NBA player’s mistresses reportedly caught them in bed together.

We know that Kris is shameless flirt, especially when it comes to her daughters’ men, but we doubt that Lamar would hook up with his estranged wife’s mom. That’s a little too low – for both him and Kris.

A male model by the name of Michael Girgenti claimed that he was the father of Kourtney’s son Mason – not Scott. Michael alleged that he and Kourtney had a fling back in 2009 and approximately nine months later Mason was born. When pictures of Kourtney’s son appeared in public, Michael noticed a resemblance between him and Mason, which led him to filed a paternity suit demanding a DNA test.

In 2013, Kourtney finally responded by getting a DNA test and showing it to the media. The test proved that Scott is Mason’s father. Unfortunately, it wasn’t enough to convince Michael. He still plans to pursue his lawsuit.