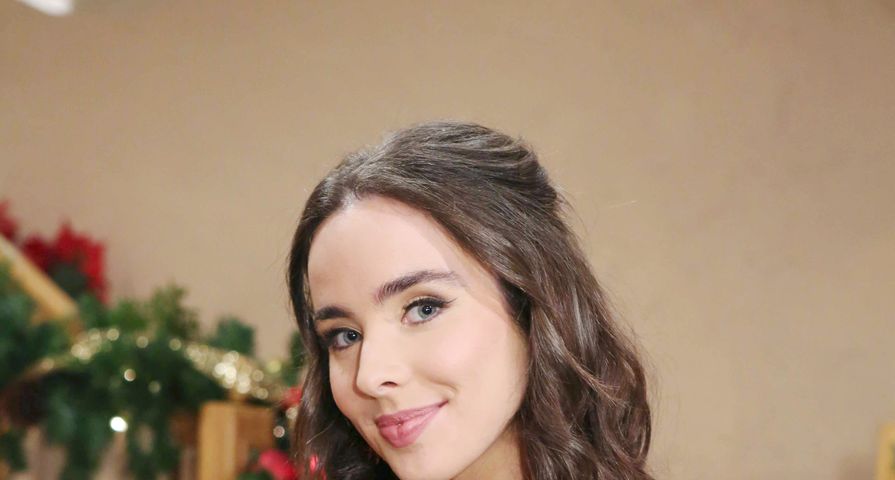 The Bold and The Beautiful (B&B) has had many likable and many awful characters in the past 31 years. Some have started off as amiable and friendly but turned into criminals or worse. Others have been wrongdoers to begin with but have gone through changes and have become downright boring. Below are the B&B’s 12 stunning character transformations.

When the character of Aly returned to B&B as a teen in 2013, she was introverted and a bit of an oddball, but after about a year, a shocking transformation took place and the character turned into a crazed lunatic. Aly had visions of her late mother Darla, who told her to finish off her cousin Steffy. The character transformation culminated when Aly and Steffy had an altercation at the side of a highway and Steffy had to do away with Aly in self-defense. 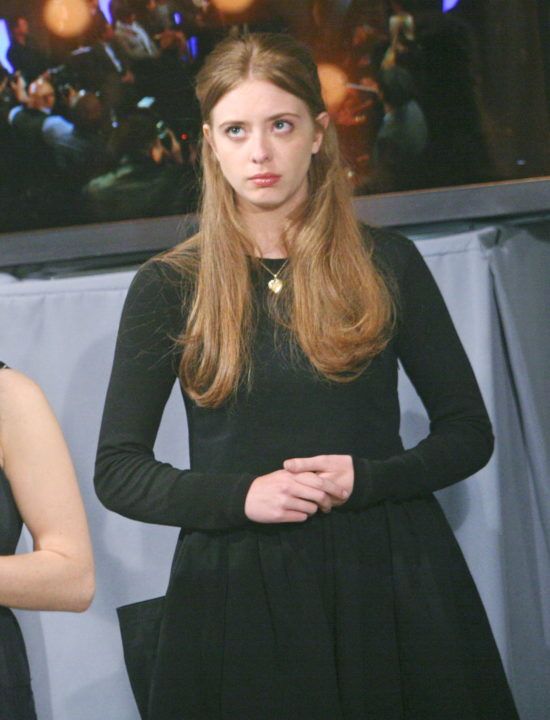 Since the introduction of Quinn on B&B in 2013, this character has undergone a stunning transformation from an unhinged lunatic to Eric’s sweet, quiet wife. Quinn’s past sins included pushing Ivy off a bridge in Paris, attempting to do away with her ex-husband Deacon by pushing him off the side of a cliff, threatening Liam with a sword and later kidnapping him. Quinn is also infamous for meddling in her son Wyatt’s life, by manipulating situations so he would always come out on top. But lately, Quinn has been a calm, good little wife to Eric Forrester and, for the most part, stayed out of her son’s personal life. All this has left viewers asking, will the real Quinn please stand up? 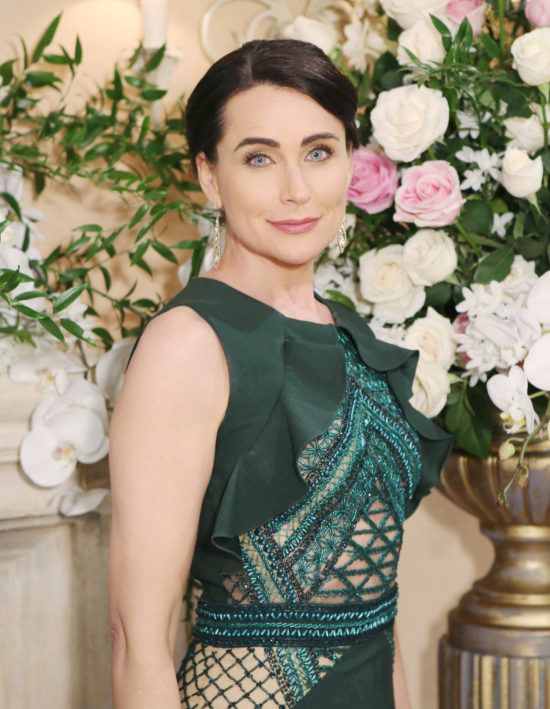 Wyatt was truly a mama’s boy. As much as he asked Quinn not to, he constantly allowed her to manipulate his relationships and when things weren’t going perfectly for him, he’d go running to his father, Bill Spencer. But Wyatt’s personality has gone through a transformation as of late and he’s made some changes. The first indication his personality had drastically changed was when he stood up to his father for Katie when he was engaged to her earlier this year. Since then, he’s taken his life back from his parents and he isn’t letting either of them control his life any longer. 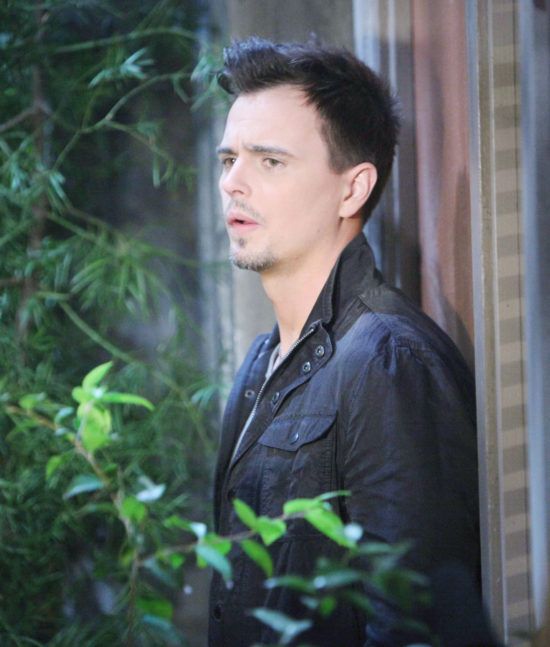 Sally came to town with a major grudge against the Forrester family. Her aunt and namesake, Sally Spectra Sr., had been at the helm of Spectra Fashions for years until she finally lost out for good to Forrester Creations and folded up shop. Sally came to Los Angeles to make the Forresters pay. She ended up revising Spectra Fashions, stole Forrester designs along the way, and almost went to prison for it. She left town for a while but when she came back a few months ago, her character went through a stunning transformation, some of it due to her relationship with Wyatt Spencer. Her coupling with Wyatt has changed her personality and her personal goals and it’s paid off. She’s made her peace with the Forrester family and is now happily working for them, designing clothing for the Intimates line. 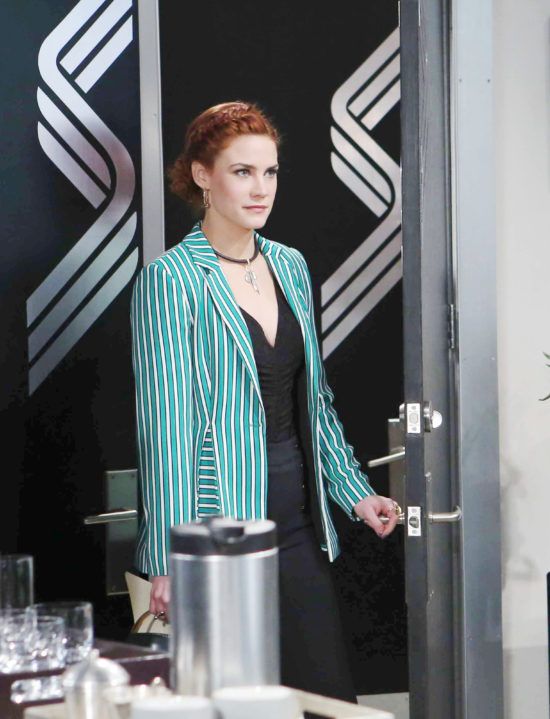 A major player in B&B’s triangle of doom, Steffy used to take after her grandmother Stephanie and was involved in some awful plots against her rival, Hope. Viewers will recall she went so far as to a surprise marriage to Liam, right in front of Hope, who was locked in a cable car and witnessed the entire wedding. But as of late, Steffy has gone through a stunning transformation, deciding to choose herself and her daughter above all others. She has since told Liam she wanted him to be with Hope, to create peace in the family. Having her daughter Kelly seems to have matured Steffy, which is definitely a change for the better.

Ridge has always been a rather stubborn character; however, he’s also always been a man with integrity. But his hatred for Bill Spencer has caused him to become so enraged that he actually committed a crime and his character has gone through a stunning transformation. Ridge influenced the judge in the custody case regarding Bill’s son Will. He reminded Judge McMullen that he had loaned him money for law school and told the judge to rule in Katie’s favor and grant her full custody. Even though the ruling in the case turned out the way Ridge wanted it to, his anger for Bill has continued to escalate.

Bill is a man who is used to going after what he wants and getting it, no matter the consequences. After Ridge pushed Bill off his balcony and he came close to death, his character went through a transformation. Bill swore he was a changed man. He promised to be more supportive of his sons and stop manipulating their lives. He didn’t press charges against Ridge and he even took off his Spencer sword necklace and gave it to Brooke! But has his shocking change of heart all been a ploy to get his true love Brooke back by his side? All bets are off! 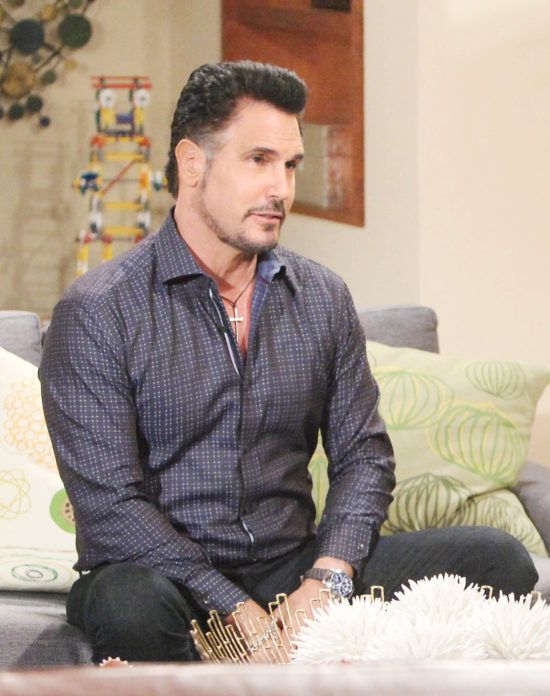 Stephanie was a force to be reckoned with. Her onscreen battles with business rival Sally Spectra (Sr.) and personal nemesis Brooke Logan were the stuff of legend. But when Stephanie was diagnosed with cancer, she began rethinking her actions and how they had affected everyone in her family. With a new, positive outlook on life, the character of Stephanie had a stunning transformation, but it was also a change for the better. Stephanie supported Dayzee Leigh, a young homeless woman, began volunteering at a homeless shelter and even befriended Brooke, telling her she would be the next matriarch of the Forrester family. When the cancer finally took her, she had completely mended fences with her nemesis and died in Brooke’s arms. 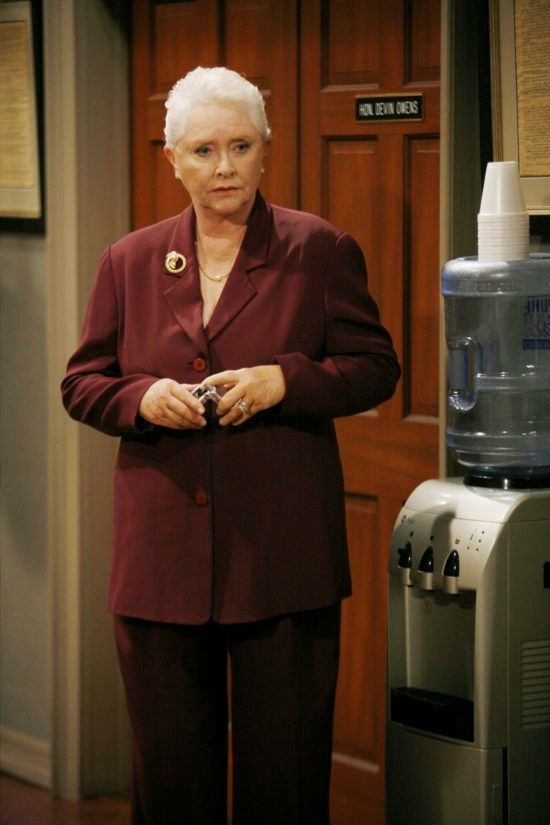 The character of Taylor wasn’t perfect, but she was generally very calm, cool and collected. But this year, the character has gone through a major change, from a respected psychiatrist to a snivelling, desperate attempted murderer. She had been living in Paris but came back to L.A. one evening, after she heard her daughter had slept with Bill. Taylor believed Bill had taken advantage of her daughter and she retaliated by shooting Bill in the back. To purposely attempt to take someone’s life, no matter the cause, was totally out of character for Taylor. Viewers were also used to scenes with Taylor standing up for herself, particularly with Brooke. But after Bill found out it was Taylor who shot him, she was on her knees in her daughter Steffy’s house, moaning and crying that she couldn’t take it if she had to go to prison. 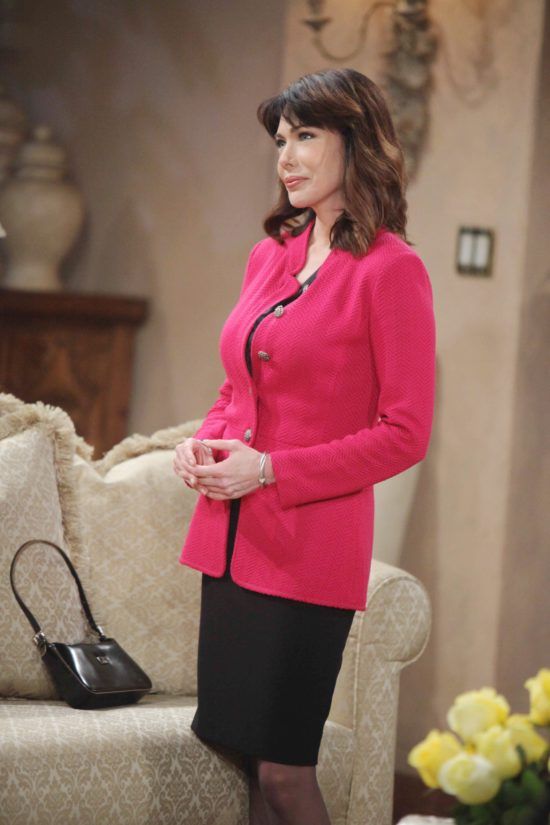 Thorne was always a thoughtful, kind, considerate sort of character, but since he started dating Katie, he has undergone a transformation. Thorne has become the puppet master who is pulling Katie’s strings. He has become so controlling and manipulative that he even initiated the custody case against Bill by convincing Katie to sue her ex-husband for sole custody of their son. 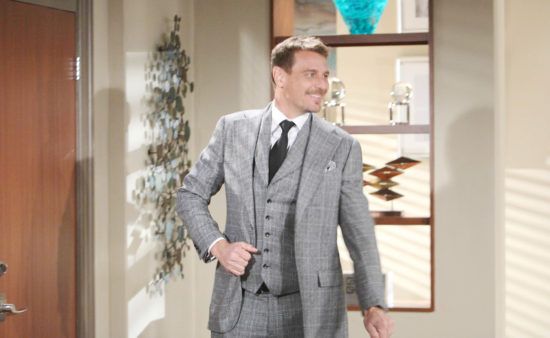 Ivy arrived in LA in 2014 and was a new, different and interesting character. The Forrester family’s Australian cousin was endearing and charming. But when she went back to Australia for a few months and then finally returned to LA in 2016, the character of Ivy went through a transformation and became a complete bore. She “Americanized” herself, speaking with an American accent and dressing like Steffy. 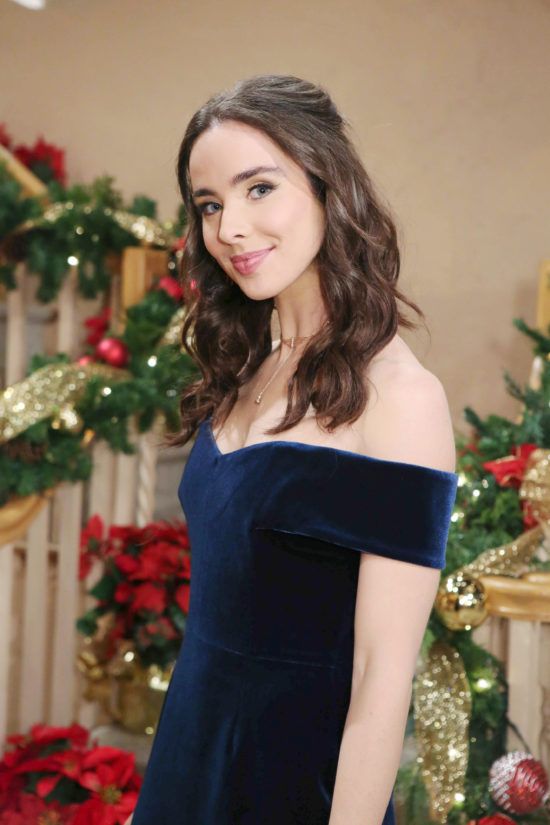 When Rick’s wife Caroline cheated on him with his nemesis Ridge Forrester, something seemed to snap in Rick. Although the character had a checkered past, he had calmed down over the previous decade and was one of the nice guys on B&B. But through a power grab, he managed to become the CEO of Forrester Creations and with new girlfriend Maya by his side, he bullied and threatened employees. The character of Rick had gone through an alarming transformation. 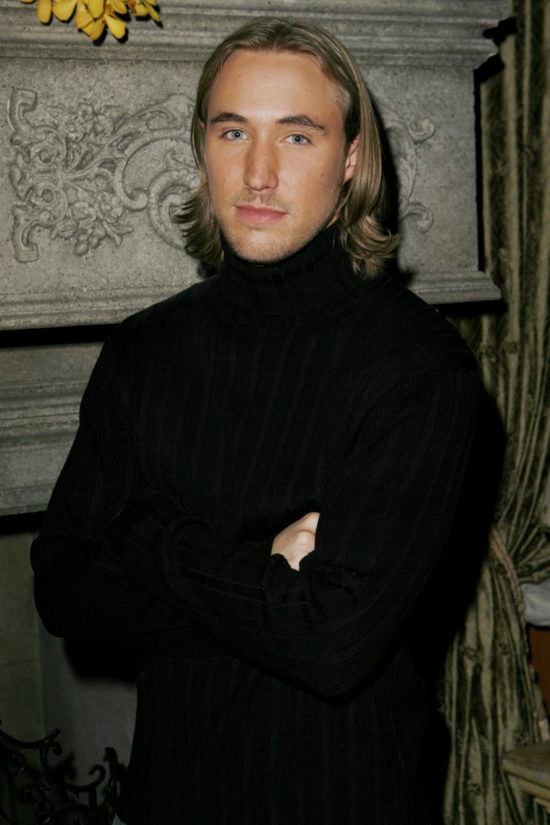