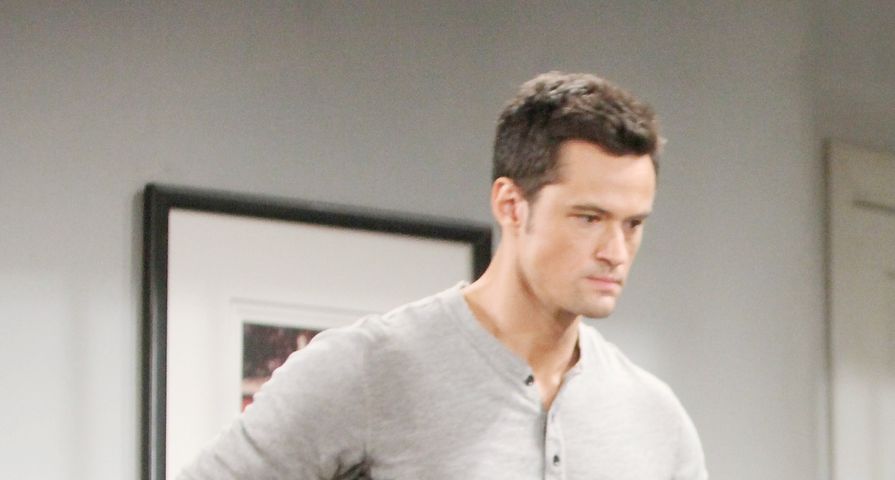 Bold And The Beautiful: Spoilers For August 2019

With Thomas’ life hanging in the balance, the Forrester, Logan and Spencer families will struggle with whether he’s going to survive, this week on the Bold & The Beautiful (B&B). Also, Vincent Irizarry makes his debut as Dr. Jordan Armstrong and Shauna will plead with Quinn to help get her daughter out of prison. Plus, a sneak peek at next week. Learn more below in the B&B spoilers for the week of August 26, 2019.

Viewers have been speculating for weeks about who will go over the cliff at the cliff house and it looks like it’s going to be Thomas. Spoilers tease Brooke will act without thinking when she sees him arguing with Hope and Thomas will end up careening over the edge. But will Thomas survive? All signs point to yes, although he’ll spend the next week in a coma. This won’t be the first time a B&B character was pushed off a cliff and lived (and it probably won’t be the last). A few years ago, viewers saw Deacon plummeting towards the ocean after Quinn pushed him. Days later he returned, seemingly no worse for wear and covered in seaweed.

After Thomas goes over the cliff and is severely injured, Brooke and Ridge’s marriage will be in jeopardy. As much as Ridge knows his son has some major problems and was one of the baby Beth secret keepers, he has continued to defend Thomas, despite it all. Spoilers indicate Ridge will be devastated by Thomas’ accident and will accuse his wife of purposely trying to kill his son.

Things Only The Biggest Bold And The Beautiful Fans Would Know

Ridge won’t be the only one questioning the circumstances surrounding Thomas’ accident this week. Detective Sanchez will return, with tough questions about exactly what happened at the cliff house. But will Ridge tell the detective that Brooke tried to kill his son? Or will he cover for his wife, as he’s been covering for Thomas in the recent investigation into Emma’s death?

Shauna will be heartbroken this week when she visits her jailbird daughter Flo in prison. She is finally facing the fact that Flo could end up spending years in a jail cell, so she’ll take action. Shauna will come clean to her best friend Quinn, telling her about how Flo wanted to tell the truth about the baby swap, but she convinced her to keep quiet about it. She feels terrible for her part in Flo’s current situation and Shauna will beg Quinn to help get her daughter out of prison.

Rumor has it Quinn will ask Wyatt to reconsider ending his relationship with Flo. Quinn believes that despite what she did, Flo has a good heart and is still the right woman for her son. She’ll also berate Sally once again, telling Wyatt she’s untrustworthy. Sally will eavesdrop on their conversation and will be pleased when she overhears Wyatt defending her.

Spoilers tease Hope will start to blame herself for what happened to Thomas. After all, agreeing to marry him in the first place, when she never loved him, was a huge factor that led to Thomas lying in a hospital bed in a coma. She’ll wonder if, in the end, she is at fault for Thomas’ current situation and will begin to wallow in the guilt.

Realizing Hope is struggling with what happened to Thomas, Liam will try to persuade her that what transpired with Thomas was his own fault. If he hadn’t manipulated Hope into a loveless marriage and kept the baby Beth secret from her, he wouldn’t have fallen over the edge of the cliff and wouldn’t be in a coma. Later in the week, Liam will mock an unconscious Thomas in his hospital room, telling him his own actions put him there. Unfortunately, Ridge will overhear it and he’ll be furious with Liam.

In casting news, soap vet Vincent Irizarry enters the B&B canvas this week as Dr. Jordan Armstrong. He’ll likely be treating Thomas, who has suffered critical injuries after his fall at the cliff house. “Even though I’ve played a doctor before, it’s not like Jordan is going to be exactly like David, because the backstory always informs who the character is,” Irizarry told CBS Soaps In Depth. “I never worry about having to bring something different to my portrayal – it all stems from who the guy is and where he comes from.” Will the new doctor be able to save Thomas’ life?

Bold And The Beautiful Storylines That Annoyed Fans

The Forresters, Logans and Spencers will grapple with Thomas’ dire situation this week. He will have severe injuries and his life will be hanging in the balance. Ridge will be by his hospital bedside, praying that he can make a full recovery. He feels like he’s failed Thomas as a father and will hope his son survives so he can make it up to him.

Thomas will remain in hospital, after the standoff and his accident at the cliff house. But spoilers indicate he’ll wake up from his coma next week. When he realizes Brooke was the cause of what happened to him, will he turn her in to Detective Sanchez? Or will he milk his injuries to gain Hope’s sympathy? Stay tuned!