Bold And The Beautiful: Spoilers For June 2021 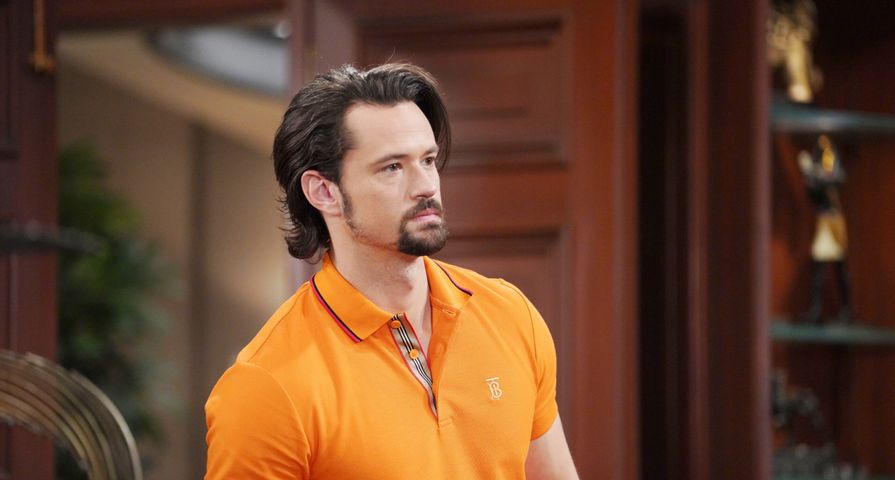 Thomas will hit the roof when he finds out Liam was responsible for the hit-and-run that claimed Vinny’s life, coming up this month on The Bold And The Beautiful (B&B). Also, Hope will turn to her mother for comfort when her husband is arrested and thrown in jail. Plus, a stunned Paris will overhear an explosive conversation between Quinn and Carter. Learn more below in the B&B spoilers for June 2021.

Haunted by his guilt, Liam will go to the police and confess to being responsible for the hit-and-run that took Vinny’s life. He’ll lay it all out, from accidentally hitting the small-time drug dealer, to driving away. He also won’t implicate his father in the crime. Liam will hope Deputy Chief Baker will take pity on him when he tells him that hitting Vinny was an accident, but it won’t work out that way.

Spoilers tease that Liam will be arrested and thrown in jail. His guilty conscience will finally be clear, but he’ll be facing a years-long prison term if he’s convicted in the hit-and-run. As he sits locked away in a jail cell, will Liam begin to realize he should have listened to his father and stayed quiet?

Hope will be hysterical when Liam is arrested, and she’ll turn to her mother for solace. A Soap Opera Digest photo shows Hope weeping in Brooke’s arms. Of course, Hope was the one who encouraged Liam to do the right thing and tell the truth. But once her husband is in jail, will she end up regretting her own advice?

Bill will be beside himself when he finds out that Liam has confessed to the hit-and-run. He had begged his son to just leave it alone and try to lock what happened away deep inside himself. The fact that Liam couldn’t live with it and will now go to prison will shatter Bill. He would do anything for his sons, yet he’ll feel completely powerless in this situation. Then he’ll feel even more helpless when Hope confronts him after Liam’s arrest.

B&B spoilers tease that Thomas will blow a fuse when he finds out Liam was the one who hit his best friend and left him to perish at the side of the road. He and Liam have hated each other for years but seemed to have put all that aside in the past few weeks. But it looks like that will change. Will Thomas visit Liam in jail to confront him for killing Vinny?

A furious Thomas will find out even more about the circumstances surrounding Vinny’s demise, and it will put him in a dangerous position. Will he find out it was a drug deal gone wrong and Vinny was pushed in front of the car on purpose? Or will Thomas discover Bill was the one who covered up for Liam, thus putting him in peril?

Steffy and Finn will be over the moon, anxiously anticipating the arrival of their bundle of joy. They’ll enjoy each other and their blended little family with Kelly. Early in June, Steffy will get an ultrasound and she and Finn will find out the gender of their unborn child. But will they be having a girl or a boy? Will their baby arrive in June?

Spoilers tease that viewers will begin to learn more about Finn’s family very soon. Rumors have flown since Executive Producer Bradley Bell mentioned the handsome doctor’s mother was already on the B&B canvas. But who could she be? The most likely suspects include Quinn, Shauna and even Brooke. Will the identity of Finn’s mother be revealed in June?

Even though she’s happily reunited with Carter, Zoe will not be able to let his fling with Shauna go. She’ll continue to harp about it to Carter every chance she gets. Plus, every time she runs into Shauna in June, she’ll remind the former Vegas showgirl that Carter is her man and Shauna needs to keep her hands off him. Of course, Zoe is barking up the wrong tree. The person who needs to keep their hands off Zoe’s man is Quinn.

B&B spoilers tease that Flo will confront Shauna when she finds out her mother slept with Carter. She’ll demand answers from Shauna and will want to know why she never confided in her about it. Shauna will then be forced to lie to her daughter and will have to make up a story about how she and Carter hooked up.

Rumor has it, Carter and Quinn will talk about their affair and how they’re going to move on with Zoe and Eric, respectively. Quinn is thrilled to be back together with Eric, while Carter is happily reunited with Zoe. They’ll have an attitude that it was fun while it lasted but Quarter will agree that it can never happen again.

Spoilers indicate that Paris will overhear a conversation that wasn’t meant for her ears. More than likely, she’s going to listen in as Quinn and Carter discuss their fling. Paris will be stunned by what she hears. But will she go running to Zoe with her newfound information or will she confront Quinn and Carter? Keep watching B&B to find out!