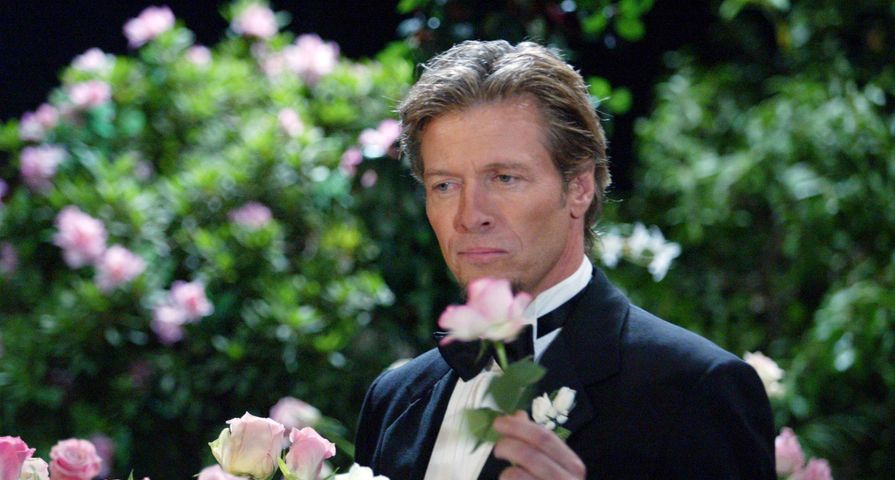 As with any soap opera, The Bold and The Beautiful (B&B) has had many characters come and go since it first aired more than 30 years ago. But there have also been some exits no one saw coming. Many were huge disappointments, either because they were sent to Forrester International in Paris (where most B&B characters disappear), or the character was a fan favorite and his or her exit came out of nowhere. Below are the B&B’s 12 character exits no one saw coming.

Darla had just finished throwing a birthday party for her young daughter Aly when Phoebe Forrester called her to say she was stranded on the side of the highway with a flat tire. Unfortunately, Phoebe had also called her mother, Taylor, who’d had a couple of drinks earlier in the day and was now rushing to her daughter’s aid. It was a foggy night, and as Darla was changing Phoebe’s tire, Taylor’s vehicle came speeding towards her. Taylor hit Darla, who passed away in hospital shortly afterward. This character’s exit was a shock to fans as B&B lost a favorite character and a popular couple (Thorne and Darla) at the same time.

Like her mother before her, Aly Forrester died by the side of a road, this time at the hands of Taylor’s daughter Steffy. The passing of her mother had affected Aly all her life and for many years she hated Taylor with a passion. When she finally forgave Taylor for killing Darla, she took a turn for the worse and became obsessed with revenge on her cousin Steffy. Her fixation ended when Aly and Steffy had an altercation at the side of a highway and Steffy killed Aly in self-defense. Fans didn’t see this exit coming, as Aly was a legacy character that could have been utilized for many years to come on B&B.

In September 2017, B&B producers announced they were recasting the role of Thorne. General Hospital alum Ingo Rademacher was tapped for the gig. Although Winsor Harmon had played the role for 20 years, and was a fan favorite, viewers were excited to see Rademacher’s take on Thorne. Ridge’s little brother had been notoriously underutilized during the past decade, showing up for the occasional wedding or funeral. Rademacher’s Thorne became heavily involved in several storylines and it seemed the character would once again become an integral part of B&B. But then writers made the same mistake. Once he married the youngest Logan sister, he was basically used as eye candy on Katie’s arm. Thorne asked Katie for an annulment on Valentine’s Day 2019 and left for Forrester International. Some viewers still hope Harmon will return to the role. Only time will tell if this character has exited for good.

When Ronn Moss decided to quit B&B in 2012, his character Ridge went with him. Moss originated the role and fans did not see the exit of the character coming. His chemistry with both Katherine Kelly Lang (Brooke) and Hunter Tylo (Taylor Hayes) was off the charts and Ridge had been one of the most popular characters on the show. Viewers were also disappointed when writers didn’t bring him back when his mother Stephanie Forrester passed away. Ridge was the great joy of Stephanie’s life and for him to not be by his mother’s side at the end made no sense. No one saw this exit coming and the role remained vacant for a year. It has since been recast and Ridge is now played by Thorsten Kaye.

Viewers thought Deacon Sharpe had been killed. Quinn had callously pushed her former husband over the side of a cliff after he had discovered she had kidnapped Liam Spencer. He had been under the impression that he and Quinn were going to push Liam over the same cliff. Viewers were saddened Deacon was off the B&B canvas for good, but were thrilled when, a few weeks later, he showed up at Quinn’s cabin covered in seaweed! But alas, in 2017, the character exited when he tried to shoot Quinn for revenge. He was caught and carted off to prison, never to be seen again, at least for the time being.

James was a psychiatrist who arrived in LA in 1993. He was a former professor and a mentor to Dr. Taylor Hayes. He fell in love with Taylor, who was married to Ridge. The pair slept together one night at the Big Bear cabin when an earthquake hit the area during a blizzard and they both thought they were going to die. A few months later, Taylor was presumed dead in a plane crash and James moved on. He dated Brooke, faked romantic feelings for villain Sheila Carter after she kidnapped him, but finally found love with Maggie Forrester the pair married. This didn’t last long, and James ended up developing real feelings for Sheila. He married her, but Sheila’s evil ways were her undoing and they split up in 1999. His exit happened soon after. James still occasionally visits LA and his last appearance was in 2017.

Storm accidentally shot his sister Katie, who lay dying in hospital, needing a heart transplant. Knowing he would be a match for his sister, he took his own life so she could have his heart. Although Storm’s death was a selfless one, it disillusioned some viewers, as he was an original character who could never be replaced. Storm’s genes live on though, as it was recently revealed on B&B he fathered a daughter, Flo Fulton.

Nick was brought onto the soap in 2003 as a new love interest for Brooke. Soon after, he discovered he was the half brother to Ridge. This popular character, played by Jack Wagner, also had relationships with Felica, Brooke’s daughter Bridget, Taylor, Katie and Donna. He and his mother Jackie started a fashion business called Jackie M Designs. Like Spectra Fashions before them, they stole and retooled Forrester designs and presented them as their own. In 2012, B&B producers decided to write both Nick and his mother off the show. This was an exit that viewers didn’t see coming, as the character was a fan favorite and just left town one day.

The adopted son of Kristen Forrester and Tony Dominguez, Zende was brought into the cast as an adult in 2015. He immediately became interested in Nicole Avant, Maya’s younger sister. Through many trials and tribulations, he eventually married her. But when Zende’s portrayer, Rome Flynn, exited the soap for a prime-time gig, instead of recasting the role, B&B writers decided to have him move to Forrester International in Paris. Unfortunately, he took wife Nicole Avant with him. Viewers haven’t seen Zende since.

Producers’ decision to write off Caroline Spencer in 1990 was an ill-advised one. Fans did not see this one coming when, only six months into her marriage to Ridge, Caroline was diagnosed with leukemia. She was told she had limited time left, but she kept it a secret. She was counseled during her illness by Dr. Taylor Hayes. Caroline collapsed while she was dancing with her ex-husband Thorne. Ridge carried her to their house, and she passed away in his arms. Viewers felt there was much more this character could have accomplished and believed she died for plotline purposes, to unite Ridge with Taylor.

Viewers were in shock recently when Thomas called Taylor and Bill with terrible news. Caroline Spencer, Bill’s niece and the mother of Thomas’ child, had died. And, like her namesake before her, it looks like writers used Caroline’s demise as a plotline, this time so Thomas can get together with Hope. Fans did not see this entertaining character’s exit coming and they were upset. It looks like Caroline is gone, so her son Douglas can replace the stillborn baby Hope lost and mend her heart. They believe Caroline deserved better.

Brooke and Eric’s son Rick was a mainstay on the B&B. He had been involved in many popular storylines, including taking the reigns at Forrester and then finding out his girlfriend Maya was transgender. Rick had gone to Paris in 2018, but fans assumed the character would be back. But, like many before him who headed to Forrester International, he vanished there. Then Rick’s portrayer, Jacob Young, announced he had been let go from the sudser. This was something no one saw coming. In December, Maya returned to LA to announce she and Rick were getting a divorce. For now, there’s no reason for Rick to return and it seems the character will be gone for quite some time and possibly for good.