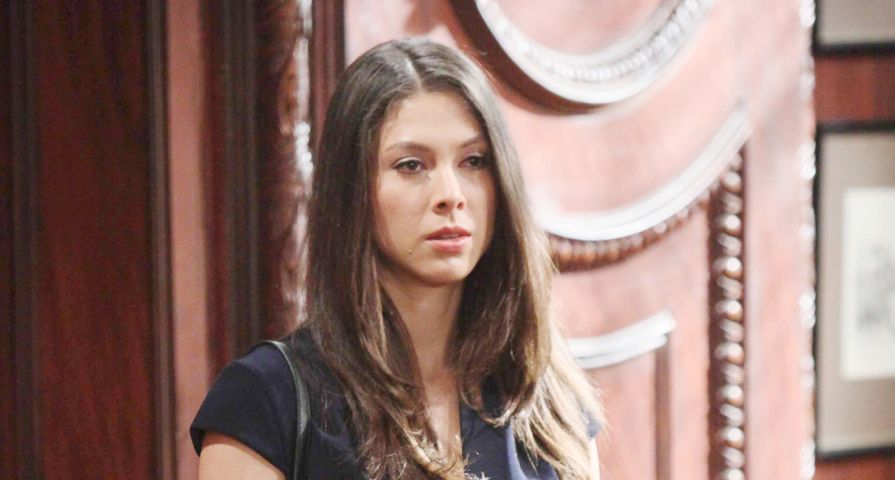 In the land of social media and the Internet, there are very few shocking surprises that come down the pipeline anymore, as most actor/actress exits are revealed weeks ahead of time, so fans know something is sure to happen to a certain character and soon. Having said that, there are still moments where the Young and the Restless (Y&R) has been able to catch fans off guard, and below are some Y&R character exits no one saw coming.

Okay, so he’s alive and well today; however, about a year ago fans thought he was a goner, thanks to Nikki, Vicky, Sharon, and Phyllis. J.T.’s passing came out of left field, and thanks to his murder and cover-up, it launched one of the most fascinating storylines on daytime drama of 2018. 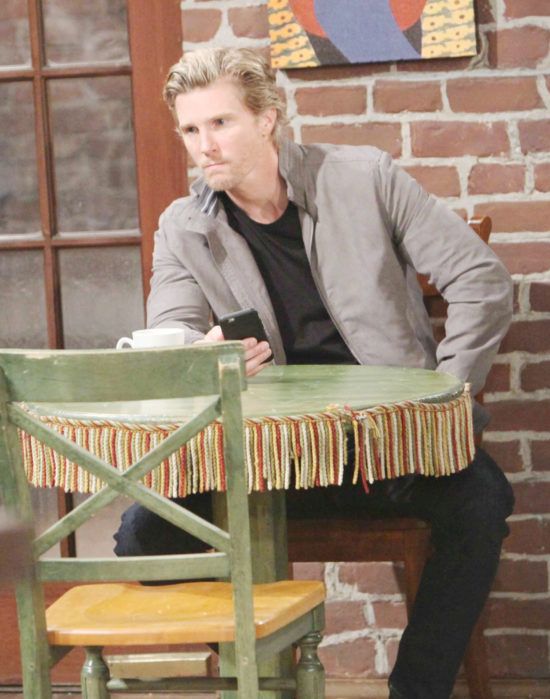 Sometimes an unexpected exit isn’t anything as drastic as passing away, but it simply catches viewers off guard. As a staple of the Newman clan, when Noah left Genoa City in early 2018, viewers were taken aback. Many characters in the corporate world tend to leave on business and return. However, Newman was gone for the next three years, before he showed up at Victoria and Ashland’s wedding in 2021.

Digging into Y&R’s history vault, we come across not only an unexpected exit but a shocking demise. Matt Clark returned to Genoa City in 2000 to even up the score with nemesis Nick Newman. While Matt was suffering from injuries due to a car accident in the hospital, he pulled out his own breathing tube on purpose – essentially killing himself – so that his “murder” would be pinned on Nick. He wouldn’t get away with it in the long run, but what a way to go! 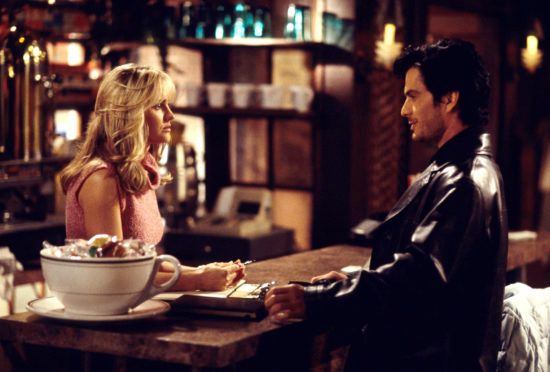 Speaking of Nick, the poor guy has suffered a tremendous amount of heartache and loss over the years. One that still lingers happens to be the passing of his wife, Sage Warner. In 2016, on the cusp of finally finding out that baby Sully was indeed baby Christian, Sage would perish in a car accident, never being able to tell Nick the truth. This extended the baby switch storyline, and Sage’s passing rocked Genoa City (as well as Y&R fans). 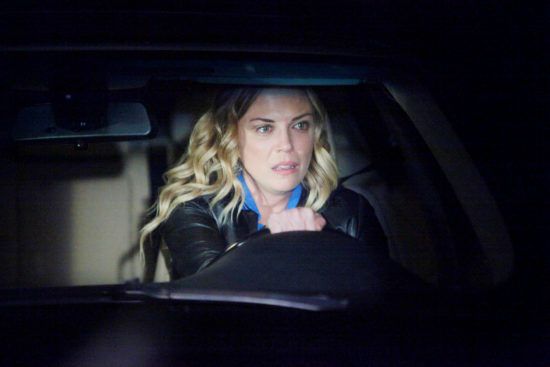 After years of working hard to change her con artist image, Chelsea seemed to flip that switch back in the blink of an eye! She hoarded a ton of money and then quickly tried to skip town with not only her son Connor, but Christian as well. Thankfully, she had a change of heart and returned Christian to Nick (well, Victoria) before she flew out of town. Chelsea’s exit wasn’t only unexpected, her change in personality and drastic measures around hiding her past secrets were stunning as well. 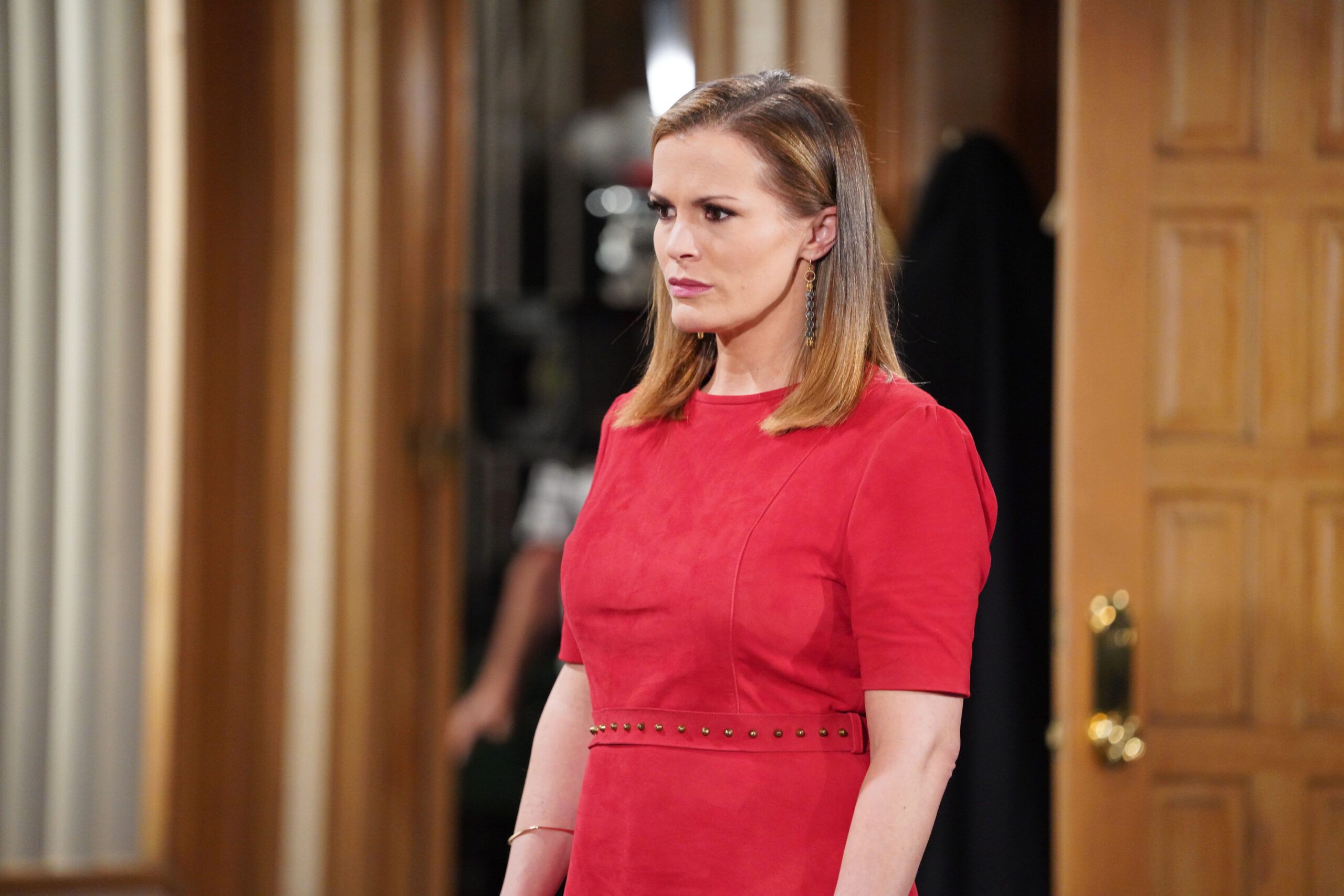 Y&R fans still hope that actress Victoria Rowell will reprise the role of Dru Winters. Her character went out with a very unexpected bang back in 2007 when she was thrown off a cliff while trying to stop a fight between Sharon and Phyllis. Fans wondered if she might return around the time of Kristoff St. John’s passing, who played her husband Neil Winters, but no such luck. 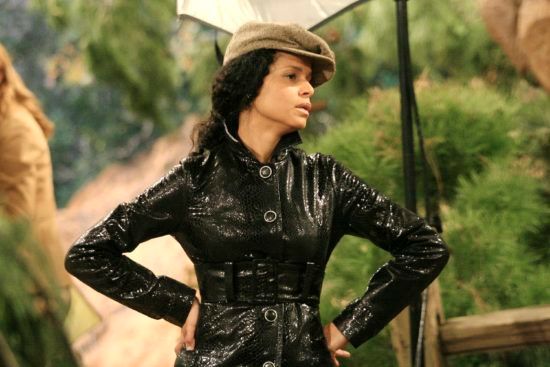 A fan wouldn’t generally expect a staple character, who has a 14-year tenure with the show and is a fan favorite, to exit; however, the Y&R has made questionable decisions when it comes to the cast in recent years. Such was the case when Kevin Fisher unexpected moved from Genoa City to Oregon with daughter Bella in 2017. He’s made some appearance on the show year here and there since, but fans miss seeing him on a regular basis. 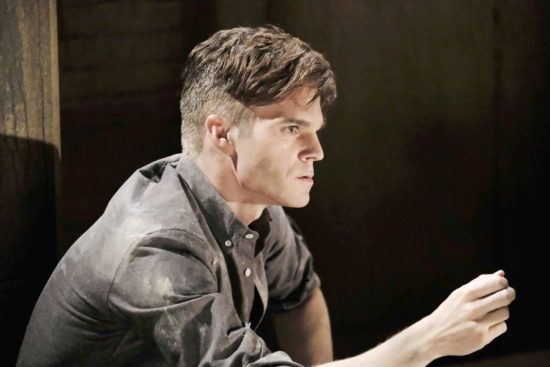 Speaking of, Paul Williams (literally) vanished into thin air in 2018, after the Y&R fired their longest-serving cast member last year, actor Doug Davidson. No exit storyline, no dramatic goodbye scenes, not even an official on screen “thank you.” He was just written off canvas with Y&R fans wondering what had happened to their beloved police chief. He was brought back for a few short scenes in 2019 and 2020, but hasn’t been seen for the past year and a half! 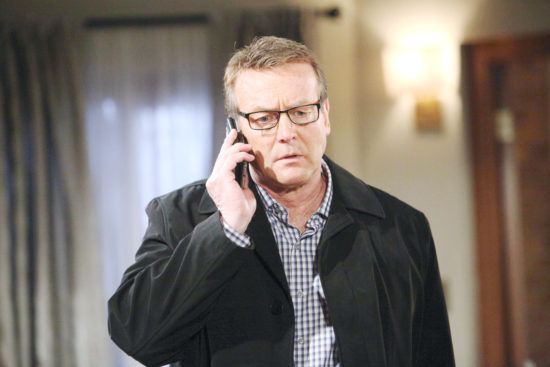 Cane cheating on Lily in 2017 snowballed into a huge storyline. It started off as a one-night stand, which turned into a sexual harassment case that brought down Brass n Sassy (and affected Cane’s career), and then turned into a baby storyline. Just when fans were wondering if Cane and Lily’s days were over, as it seemed as if Juliet was moving in for the long haul, the character was axed off when she went into labor early. Lily and Cane moved on, reconciled, and began raising his illegitimate child together before Lily got sent to prison. 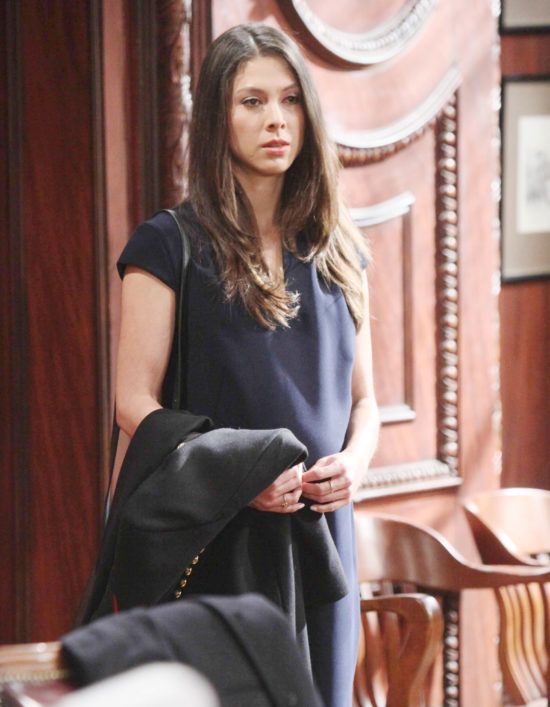 While we are on the topic of Lily’s jail time, everything around Hilary’s passing was unexpected. Sure, there were some fans out there on the Internet that knew actress Mishael Morgan was on her way out, but most figured the character would be recast, or perhaps skip town. Hilary’s demise was unexpected and final, with her passing on in the hospital. No door was open for a character return, stunning many Y&R fans, although the arrival of her twin, Amanda (also played by Morgan) tidied up that mistake rather neatly. 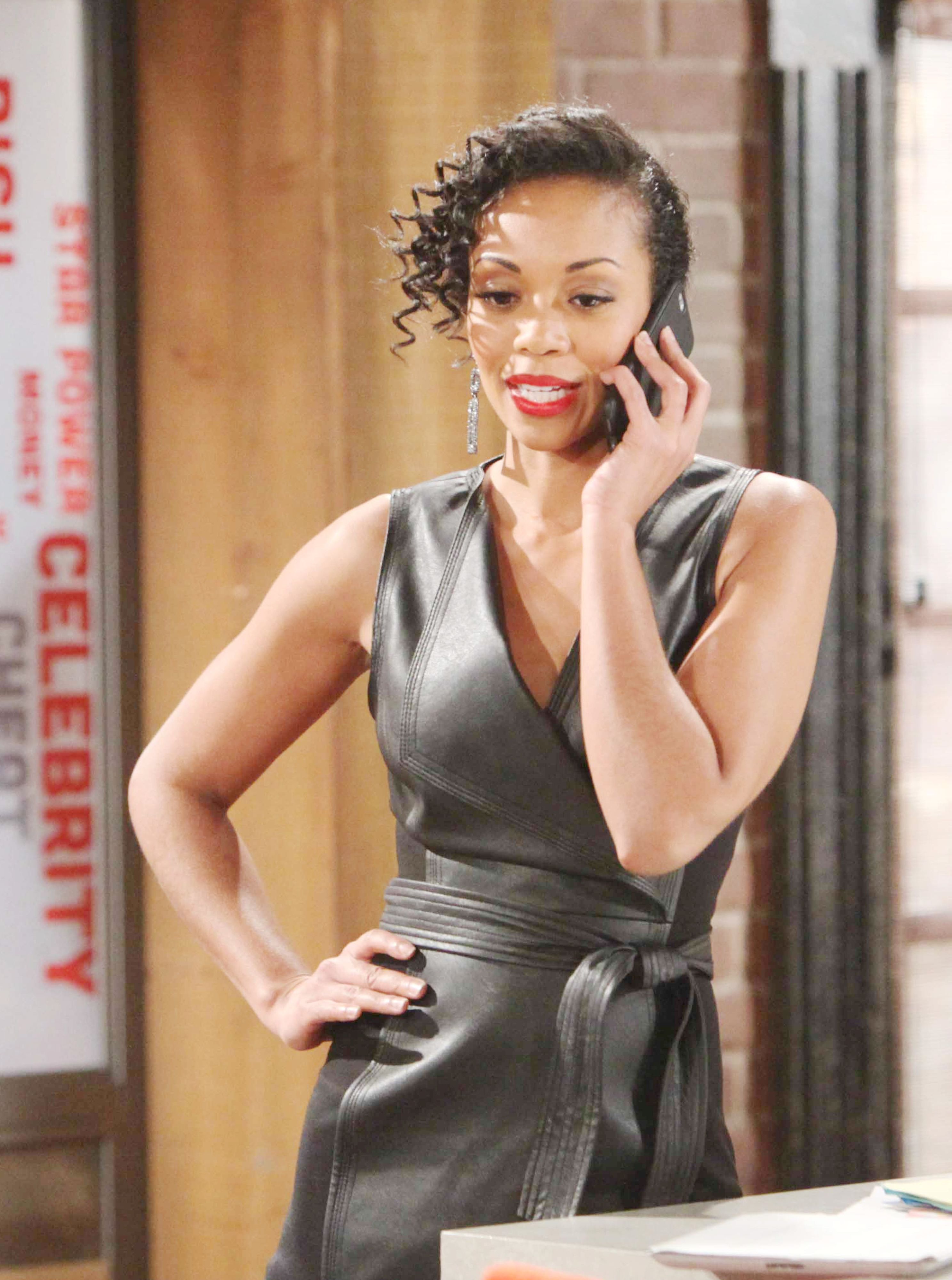 No one likes to see a child character pass away, which made Delia Abbott’s passing in 2013 unexpected and devastating to many. To boot, the child had just survived cancer the year before; therefore, many fans were floored when Delia perished, launching a highly-emotional storyline that dove into so many layers. Billy dealt with the guilt of leaving Delia unattended, while Adam struggled to confess his role in it all. Plus, Chloe (literally) lost her mind! 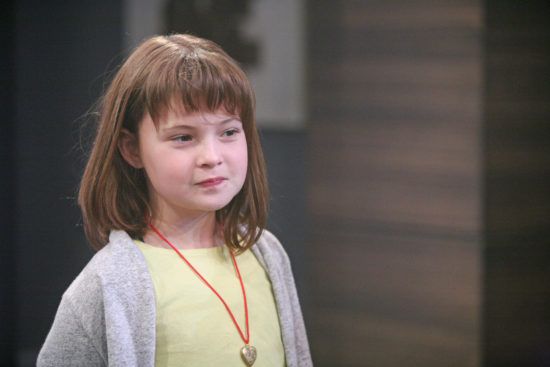 It’s still wild to think that Brad Carlton is gone, with very little chance of returning to Y&R, as he perished drowning and his body was recovered. Fans were floored in 2009 when it was revealed that Brad had passed away trying to save Noah Newman’s life, and with over 20 years with Y&R, most would’ve expected him to leave the show with a window of opportunity for a return. Not the case with this exit! 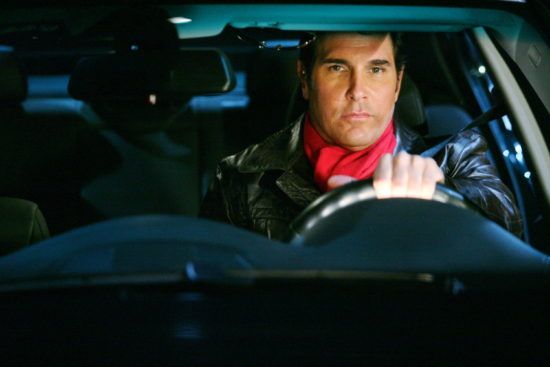