Home » TV » Entertainment » The Young And The Restless: Behind The Scenes Secrets

The Young And The Restless: Behind The Scenes Secrets 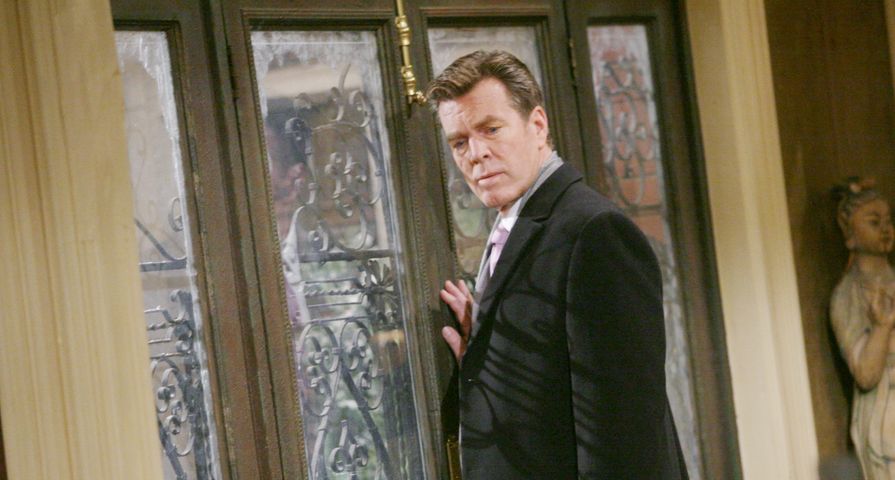 As one of the most popular daytime dramas of all time, The Young and the Restless (Y&R) continues to wow fans. On the air for more than 40 years now, Genoa City has buzzed with storylines that have kept audiences captivated and tuning in daily, but what about things that happen behind the scenes? Below are 12 behind-the-scenes secrets of this popular daytime soap opera.

During a Soap.SheKnows.com interview in 2018, it was revealed that actor Daniel Goddard (Cane) is infamous on the Y&R set as someone who loves to prank his co-stars. His latest victim? Recast Nate, played by actor Brooks Darnell! Goddard brought in a farting machine during a shoot, and at first, Darnell didn’t realize that the noise was coming from a machine and thought it was one of the actors on set.

11. They Love Parties, Galas, and Christmas!

Both Elizabeth Hendrickson (ex-Chloe Mitchell) and Jason Thompson (Billy Abbott) revealed in a 2017 interview conducted by Celebrity Page TV that the cast loves nothing more than group scenes, galas, Christmas, Thanksgiving, or any big occasion that brings a group of Y&R stars together for a scene. It’s so special because it’s actually rare for them all to work together in that capacity. The bigger question is, how do the scenes get filmed with all the shenanigans that clearly would take place during these group shots?

Generally, the answer is probably no, but some stars may pocket a memento here and there as something to remember their Y&R stint by. Such was the case for Tracy Bregman, who plays Lauren Fenmore. Tracy admitted in a 2018 interview with Soaps.SheKnows.com that when she went to the Bold and the Beautiful and had to leave the Y&R, she took the “Lauren Fenmore” sign off the character’s desk.

As a show that airs daily, the talented actors and actresses that comprise the Y&R need to learn their lines and fast. They simply do not have the time to not get things right, and two takes is not something that is done on a regular basis. In an interview with ET, Jason Thompson, the actor who plays Billy Abbott, stated that most of what viewers see (about 95% of the scenes) are all captured during the first take.

8. The Moustache was Recurring

Eric Braeden entered the land of Genoa City in 1980 and has since dominated the show as the infamous Victor Newman. However, his character was originally thought of as a recurring character until he was introduced to Y&R fans. His contract was set for 26 weeks initially and was later extended when he became someone that audiences simply loved to hate.

As a CBS daytime drama, the Y&R is currently the highest-rated soap opera on U.S. airwaves. It also shares some space with another popular television show that airs during the day: The Price Is Right. The sets of both shows are located down the hall from each other, and during a December 2015 interview with Fox 11’s Julie Chang, fans got to see the famous cash wheel sitting in the background near the Y&R set.

6. Grimes was Shocked by her Return

Y&R audiences are continually shocked by the twists and turns that occur during storylines rolled out weekly in Genoa City. However, when long-dead Cassie Newman began popping up in the small town, no one was more shocked than the actress who played her, Camryn Grimes. While she had appeared in memories or as a ghost in the past, when Grimes got called back to do four to six episodes in 2014, this had her wondering what would happen next with Cassie. She later got called to a 30-episode stint that had her approaching Y&R executives, questioning where this storyline would take Cassie. Turns out that she would be playing Cassie’s long-lost twin, but this is further proof that even sometimes the Y&R actors don’t know where a story will take them.

5. Lack of Romance in Love Scenes

Y&R fans may think that their favorite actor and actresses have it made, getting to kiss good-looking co-workers all day long; however, love scenes aren’t as spontaneous as one would think. In ET video footage captured in May 2016, the love scenes are far more choreographed and clinical, making things not so romantic on set. Two actors may start off kissing only for the director to be heard overhead on speaker, instructing them on how to move hands and legs. Despite this, Y&R still produces some of the steamiest love scenes on soaps today.

4. Peter Bergman’s Doppelganger Storyline Was a Good Pay Off

While some Y&R audiences weren’t too thrilled over Jack’s doppelganger storyline in early 2015, an arc that brought Marco Annicelli into the picture, the good news is actor Peter Bergman got compensated for pulling double duty. In a July 2015 interview with The Daily Beast, Bergman revealed he did get paid extra for his portrayal of both Jack and Marco that year. Nice to know that his additional efforts were recognized.

3. Behind the Scenes Rivalries

Adam Newman has never gotten along with his daddy Victor. Jill and Kay Chancellor had an incredible feud during their day, and Nikki and Sharon continue to be at each other’s throats all the time. Also, who can forget Victor versus Jackie Abbott, a feud that still exists from time to time? While there have been some tremendous rivalries over the years, some behind-the-scenes Y&R feuds have been pretty great too. There was one in 1989 between Peter Bergman and Eric Braeden, which was nipped in the bud by the show’s creator, William Bell; there was another one between Victoria Rowell (Drucilla Winters) and Michelle Stafford (Phyllis Summers) in and around 2007. Then there was also speculation back in 2013 that Michael Muhney was let go from the show because he didn’t get along with Eric Braeden. As dramatic as Genoa City can get, it seems that feuds can also occur behind the scenes at the Y&R.

2. Mishael Morgan Was a Fan

It is every aspiring actor/actress hopes that one day they will land a solid acting gig, one that keeps them challenged and pays the bills. When Mishael Morgan received her Y&R Hilary Curtis role in 2014, one would expect that she was simply over the moon. Not only to be working on one of the most popular soap operas of all time but also because she happened to be a long-time fan who grew up watching the show. She was such a fan of the show that it has been reported that Morgan was close to tears on the day she met Eric Braeden for the first time. Sounds like a childhood dream come true!

While the love scenes on the Y&R are choreographed right down to the very kiss and touch, there are embarrassing moments where unmentionables have been known to fall out. The occurrence is a rarity, and the good news is the crew is always prepared. As Y&R director Owen Renfroe stated in an ET interview, not only does he work hard to make sure love scenes look good, he also aims to protect the actors/actresses from exposure. If something falls out, the set is closed immediately and monitors are blacked out instantly.