Young And The Restless: Spoilers For January 2020 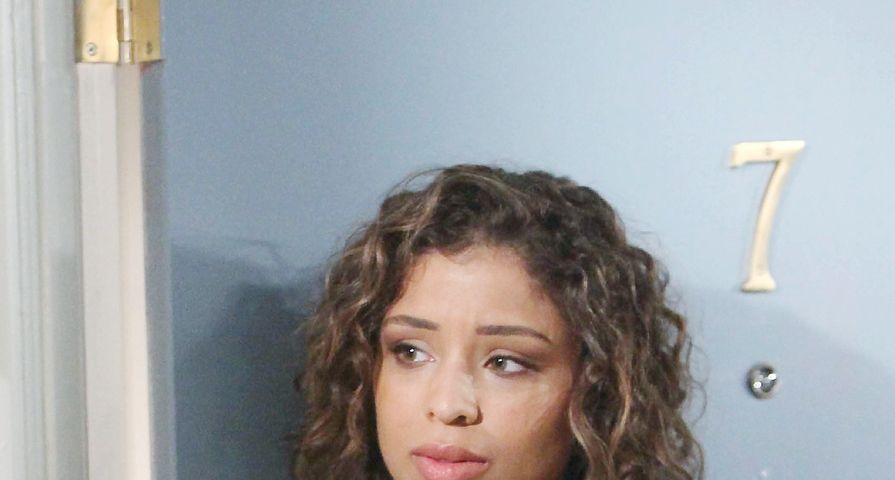 With the holidays over with in Genoa City, what should fans expect come January 2020? A new character, a character comeback, and a whole lot of drama! Learn more about what will happen to The Newmans, Adam, Chelsea, Lauren, Michael, Billy, Amanda, Devon, Elena, and others, in the below Young and the Restless (Y&R) spoilers for January 2020.

According to Y&R spoilers, Tanner Watts, played by actor Chase Coleman, will emerge on the Genoa City scene in early January. Coleman is a recording artist and will be linked to Tessa, as he offers her to go on tour with him. While teasers indicate that the character will have a short-term storyline, he is sure to stir up a ton of drama when he arrives in the little town.

Fans of Lily Winters should be happy come January, as actress Christel Khalil will reprise her popular role this month. While there is not a lot of information as to why Lily will pop back into the little town, she may be coming back for a simple visit, or to help Devon with his current struggles. Expect to see Lily’s big comeback during the week of January 6th.

Y&R spoilers hint that Billy and Amanda will continue to bond in January. They will take a closer look at their friendship when they are placed in a dire situation together. These two certainly have sparks between them, so it’ll be interesting to see how far they go this month, and if they’ll decide to cross the line.

As Amanda and Billy get closer, Vicky will take notice of her husband’s new “friendship.” Y&R spoilers suggest that Victoria will start to have some trust issues with Billy, as it relates to Amanda. Who could blame her? There is evident chemistry between these two, and there’s nothing like female intuition. Vicky can feel what is going on, and she may stop something before it can start.

Vicky won’t be the only one with her eye on Amanda, as Y&R spoilers relay that Elena will be watching her every move as well come the new year. In other Elena teasers, she’ll recruit Nate and Devon for help around a passion project. She’ll want to keep both these men busy, and far away from Amanda’s grips.

Y&R spoilers indicate that some unexpected news is headed Sharon’s way in January 2020. Whatever she learns about might threaten her couple status with Rey. Furthermore, related teasers state that Sharon’s news will make a family member want to return to Genoa City. Could fans see Noah come to the Y&R scene in January?

Y&R spoilers suggest that Jack will be forced into a peacemaker role at Jabot. It seems as if there will be plenty of in-house turmoil and a power struggle of sorts, where teasers relay that Ashely will be involved, as she set for a brief return in January. The big questions at this point will be: can Jack help keep the peace at Jabot? He may need some assistance.

As per Y&R spoilers, Kyle and Theo may be the issue at Jabot. It seems as if their on-going hostility towards each other will hit an all-time high come the new year. While Jack will play peacekeeper, as the month progresses, Kyle and Theo’s strife will blow up, and Summer will step in to mediate the two. Not the best position to be in, but she’ll be up for the job.

Y&R spoilers reveal that the Newman family will hit a milestone of sorts this January, and they will make some plans around a celebration for the clan. In other related teasers, Nikki will decide to lead a very unexpected project. She may have many within the family (and little town) raising an eyebrow, due to her actions.

According to Y&R spoilers, Nick and Chelsea’s relationship will continue to feel a strain, as Adam pushes hard to win his ex-wife’s heart back. Fans should expect a kiss between Chelsea and Adam, sometime in early January. It seems like Chick is headed for a split, and Team Chadam fans may be celebrating a reunion in the new year.

While Chance and Abby make a darling new couple, as per Y&R spoilers, the new year will mean their new relationship is tested. Will they be up for the challenge? In other related teasers, it seems as if the Grand Phoenix will experience more issues and drama this January, as well. Maybe this is what “tests” the Abby-Chance relationship.

Y&R spoilers indicate that Michael and Lauren are headed for some drama come January 2020. It seems as if they’ll deal with some unexpected news around a family member. Could it be Fen? Could he fall off the wagon in the new year and need some help from his parents? This is a good possibility!