Young And The Restless Plotline Predictions For The Next Two Weeks (January 10 – 21, 2022) 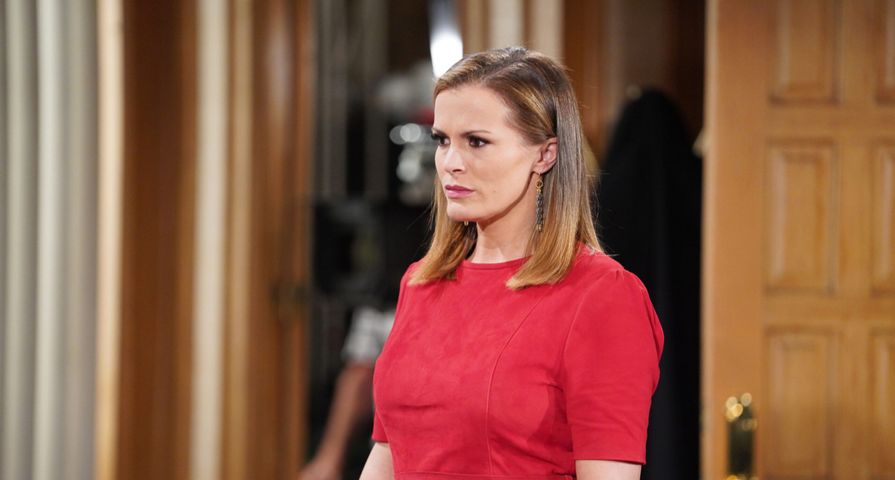 What’s next for Michael Baldwin? How far will Devon and Amanda go to gain time with Dominic? Will Adam and Sally cross a line over the next two weeks? The Young and the Restless (Y&R) fans love to speculate on storylines! As such, below are some Y&R plotline predictions for January 10th to 21st, 2022.

Actor Christian LeBlanc celebrates 30 (fabulous) years with Y&R this week. In fact, this Monday’s episode (January 10th) will honor Michael Baldwin with a standalone show. Baldwin has been a dynamic character in Genoa City and deserves this honor on all levels. But will this also signal a renewed storyline for Michael in 2022?

Y&R fans haven’t seen that much of Baldwin in 2020 or 2021. He’s played a supporting role with very little screen time. Is that all about to change this year? Here’s hoping! Y&R spoilers for the week of January 17th note that Michael will be presented with an offer from Victor. Could this mean he’s decided to leave the land of lawyering to start a new career chapter at Newman Media? What else could he be interested in? Maybe helping victims overcome abuse/assault? Perhaps he can assist criminals with rehabilitation and the transition between prison life and real-world life?

Abby will continue to worry about Chance and how he’s adjusting to family life this week. As the days go by, she’ll encourage him to get help. After everything Chance has been through, therapy seems like a great idea. But added teasers hint that this might all be “too late”, as Devon and Amanda will start to strategize their next steps.

After Abby fluffed him off this week, it’s no surprise that Devon and Amanda may play a little dirty when it comes to Hamilton getting time with Dominic. Sure, he signed a contract months ago, but there are so many loopholes in it at this point. Did Abby take advantage of Devon’s kind heart when she dropped the baby off with him to search for Chance? All things considered, didn’t Abby cross a line in their surrogacy agreement when she did that? She could’ve left the child with her dad and stepmom, her own mom, Jack, Traci, Nick… the list goes on. But she chose Hamilton.

8. Using Chance And Abby’s Parenting Against Them

Chance and Abby are good parents. But when Chance was thought to have passed away, Abby didn’t handle things too well, which is understandable. Still, she made a ton of poor decisions that could look awful in a court of law. Plus, Chance’s mental health issues and all he’s been through as of late could come to light during a lawsuit. Is it fair for Devon to cross that line?

7. Things Are About To Get Messy

Y&R spoilers for the week of January 17th note that Devon will give Abby a wake-up call. Looks like she’ll be served. Will Abby be floored by Hamilton’s actions? Could Amanda have gone the mediator route first, rather than a legal custody case? There are other options. Sinclair is very “go big or go home” but Devon’s sperm donation contract is a sticky situation because it involves his friends.

If or when Abby gets served, her ego will go into overdrive. She’s filthy rich and part of the three most powerful families in Genoa City, so she rarely hears the word “no”. She also rarely gets argued with when it comes to most things. Abby will tear up at first when she learns what Devon has done, and then jump into a fit of rage. She’ll likely remind Chance (and herself) that Victor will not allow this to happen. Time to call Daddy Moustache in for the assist.

How will Mariah feel once she finds out what Devon is up to? Will she kick herself because she never thought of it, or resent Hamilton for crossing a line? Abby approached Mariah and asked her to be a surrogate. Meanwhile, Devon simply offered up his sperm. Therefore, in many ways, Mariah may believe she has “more rights” to time with the child than Devon does. She also carried Dominic for nine months — and some moms argue ten! Will Mariah be #TeamDevon or #TeamChabby in all of this? Or, will she decide to play Switzerland?

Tons of Y&R spoilers surround Sally, Adam and Chelsea this week. First thing’s first, Spectra will extend an invitation to Adam over the coming days. Will he accept? Is this a date or work-related? Could Adam finally succumb to Sally’s charms during all of this? He’s trying hard to resist temptation, but how long before he cracks?

Adam may finally give in to Sally’s advances this week. If the two cross a line, will they decide to go public or keep it hush-hush? They may want to keep their romance on the down-low, considering his ex is a tad crazy. They also work together, which wouldn’t please the Moustache.

Y&R spoilers for this coming week reveal that Chelsea is given some bad news by Adam. If he does dive into a romance with Sally this week, could this be Lawson’s bad news? What if this has to do with Connor? Regardless, added teasers hint that fans should brace themselves for Chelsea’s reaction. Yikes!

1. A Friendship Starts To Blossom

Do any other fans think it’s odd that Rey and Chelsea have become buddy-buddy? It’s one thing to forgive and forget, and another to become bonafide friends, which is where Rosales and Lawson are. In fact, they keep “running” into each other. Chelsea and Sharon have cleared the air, but how crazy would it be if Lawson ended up stealing Rey from under Mrs. Rosales’s nose? It would be a bit of karma for all the drama Sharon caused Chelsea while with Adam. Plus, it may open a door for Sharon to reunite with Nick…