Young And The Restless: Plotline Predictions For January 2020 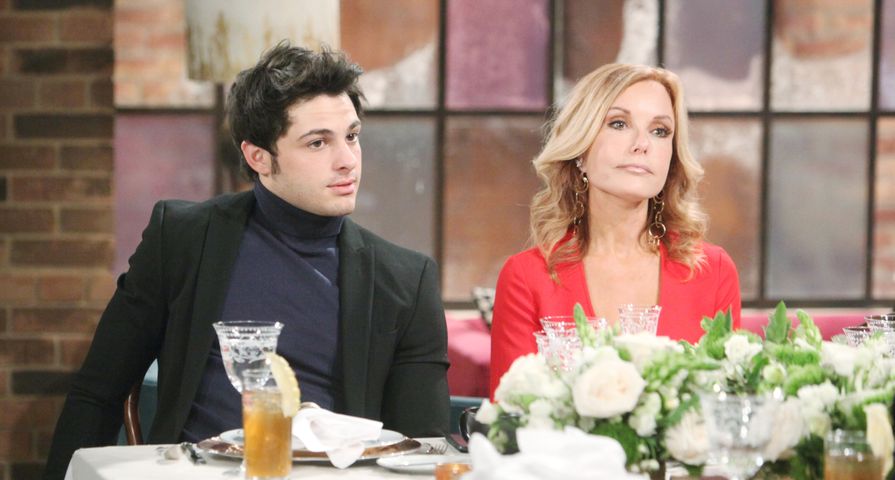 As Genoa City enters a new year, there’s bound to be plenty of new drama, new corporate chaos, and new romances that ensue. With that said, it’s hard for fans of the Young and the Restless (Y&R) to refrain from speculating on what will happen next. As such, below are some Y&R plot predictions for January 2020!

Y&R spoilers indicate a new character is on the horizon, set to debut in early January 2020. Played by actor Chase Coleman, Tanner Watts is a recording artist who will approach Tessa around a touring opportunity. She’s bound to say yes, which might cause some cracks in her relationship to Mariah. Sometimes absence doesn’t make the heart grow fonder.

Lily is set to return in January, when actress Christel Khalil reprises the role for a visit to her hometown. But, what if she doesn’t come alone? Maybe she’ll have a new boyfriend in tow to introduce to her family and friends? After all, a gem like Lily Winters can’t stay single for very long.

Doesn’t take a fortune teller to see that Victoria and Billy are headed for some issues in January 2020. With Billy and Amanda growing closer, and sparks flying between them, Victoria will start to clue in on the fact that these two are destine for more than just friendship. Amanda will cause some trust issues and conflict between Villy, it’s only a matter of time.

Y&R spoilers hint some unexpected news headed Sharon’s way, and it seems that it could affect her relationship with Rey. What if Sharon finds out that she can’t have any children? This seems like a huge factor for Rey, and while he wouldn’t leave Sharon if she couldn’t have a baby, this might cause her to withdraw from him as she knows he’d make a great dad (someday).

Whether the issue is a disease or the fact that Sharon may not be able to have kids, she could break up with Rey, without telling him what her news is. Sharon may want to keep Rey in the dark, so as not to hurt him. She may decide a broken heart is a better alternative than watching her suffer or staying with her, and missing out on fatherhood.

7. Jack Is Caught In The Middle

Y&R spoilers hint that Jack will play the peacemaker at Jabot in January. This could be between Theo and Billy, as it seems their strife will continue to grow in the new year. With that said, there seems like a shift in power will roll out, which will involve Ashley to return, so perhaps there will be issues between Kyle and his Auntie Ash as well; where Jack needs to mediate.

Speaking of, Y&R spoilers indicate that Summer will also play mediator between Theo and Kyle in January. Will these men need both Jack and Summer to get involved in their disputes? Will this also draw Summer and Kyle closer, causing Theo and Lola to get that much closer too? Seems like Kyle and Summer may be the two “friends” that cross the line first, when it comes to this love square.

Y&R spoilers reveal that Nikki will get involved in a very unexpected project this January; one that will raise an eyebrow or two. Could she be embarking on a venture with Adam? Or could she decide to partner up with Phyllis on something? Will she stray away from Newman and help Jack with something at Jabot? The possibilities are endless!

Any longtime Y&R fan can see that Chelsea and Nick aren’t going to last that much longer, and with Adam doing all he can to win her back, the chances of a Chadam reunion are inevitable. With that said, the only thing that could complicate the entire Chick breakup and Chadam reunion is if Chelsea ends up expecting. If she did within the next few weeks, it would be Nick’s for sure, which would make things very sticky between these three.

Y&R spoilers are pointing some issues between newly formed super couple, Chance and Abby. There will be problems at the Grand Phoenix that might cause some cracks in their relationship; however, what if a person comes between Chabby and their new romance? The two have chemistry, but can they last the long haul?

There is a ton of bad blood between Abby and Phyllis, especially since all that has gone down recently between the two ladies and the Grand Phoenix. While Phyllis and Chance aren’t as close as Abby and Chance, there have been some sparks between the two. What if Phyllis decides to cause a little friction between the two, and takes her flirting with Abby’s beau to a whole new level? Y&R spoilers hint that Phyllis will have her sights set on both romance and business when it comes to the Grand Phoenix, so perhaps she concocts a plan to take the hotel from Abby, and snag her boyfriend in the process too!

Lauren and Michael are headed for some issues come January, and according to Y&R spoilers, they’ll get some unexpected news regarding a family member sometime soon. It’s natural for fans to believe that this could be Fen possibly falling off his addiction recovery wagon; however, what if Gloria is in trouble and needs their help? What if this “unexpected news” they receive is a setup for Gloria to return to Y&R storylines?