Home » Trending News » We Weigh In: Should Jake End Up With Gabi Or Kate On Days Of Our Lives?

We Weigh In: Should Jake End Up With Gabi Or Kate On Days Of Our Lives? 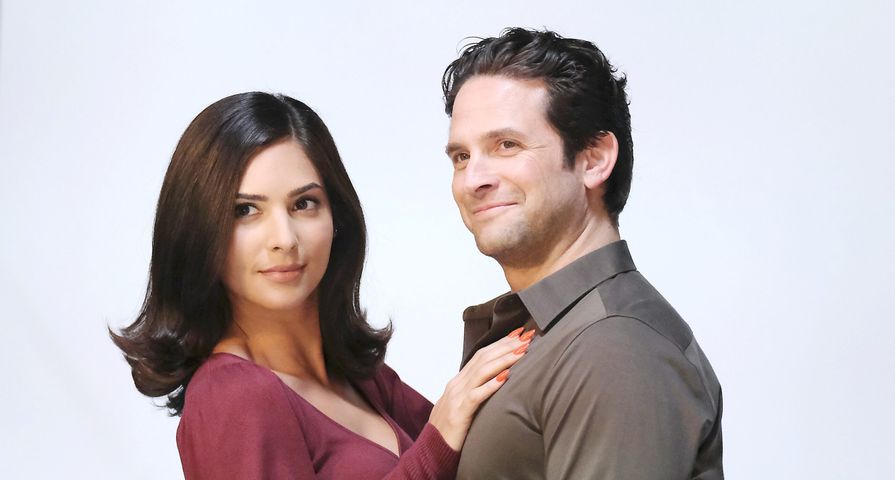 Gabi Hernandez is officially back on Days of Our Lives (DOOL), and unlike Rafe, her special someone is still in Salem; however, much like her brother, she’s hit a bump along the road to her “happily ever after.”

It’s only been a few months since she’s been gone, but Gabi unexpectedly returned on Thanksgiving to find something unexpected herself: Jake’s swiftly moved on with Kate Roberts (of all people), which has left Gabi taken aback and fuming.

So, who are you rooting for, Team Kake and Team Jabi?

Want DOOL spoilers? Check out Days Of Our Lives Spoilers For The Next Two Weeks (November 30 – December 11, 2020)

On the one hand, before abruptly leaving town, Gabi and Jake had a pretty cool thing going. They had a tremendous amount of chemistry, and the added twist of Gabi being Stefan’s wife was an interesting layer to their romance. For a while, Hernandez wanted Jake to be Stefan, and then upon realizing he wasn’t, she needed to factor in whether she was drawn to him for being him or the fact that he like his twin brother.

Want DOOL plotline predictions? Check out Days Of Our Lives Plotline Predictions For The Next Two Weeks (November 30 – December 11, 2020)

Sadly, once she concluded that she wanted to be with Jake, she left Salem. Shortly after, Kate would quickly enter Jake’s orbit. It was originally to spy on him for Chad; however, along the way, the two caught feelings for each other, and there’s no denying that Kate and Jake have massive sparks between them. Plus, there’s more to their relationship than the bedroom, as they’ve realized they have a lot more in common than one might think.

Want more DOOL spoilers? Check out Days Of Our Lives Spoilers For December 2020

Will Jake drop Kate now that Gabi is back? That’s very unlikely for several reasons. First, he genuinely cares for her. Secondly, Jake’s got something that a lot of DiMera men don’t have, and that’s a good heart. While he has been known to switch bed partners quite frequently (he’s on to his third lady in Salem and he’s only been around since the beginning of 2020), he’s not the type to dump a current love because an ex-girlfriend has returned. Plus, he may also be upset that Gabi is expecting this, considering the words she said to him right before she left.

Also, fans can’t ignore the drama factor. Not only will Jake stay with Kate because he’s a stand-up guy, DOOL writers are crafting a dramatic love triangle, and with the strong personalities in Kate and Gabi, these women won’t only fight for a common love, but rehash an epic rivalry in Salem.

Regardless of who Jake should end up with, perhaps both these women will be crossed off as the months go by. The cattiness and scheming will continue for some weeks but, when all the chips are down, there’s another factor to this equation, which is Abigail DiMera and the budding friendship she and Jake are developing, despite Chad’s disapproval.

Should Jake end up with, Kate or Gabi? Perhaps, when all is said and done, it’s Abby who ends up winning Jake’s heart once 2021 is in full swing!