Home » Trending News » We Weigh In: Is B&B Out Of Touch With What Viewers Want?

We Weigh In: Is B&B Out Of Touch With What Viewers Want? 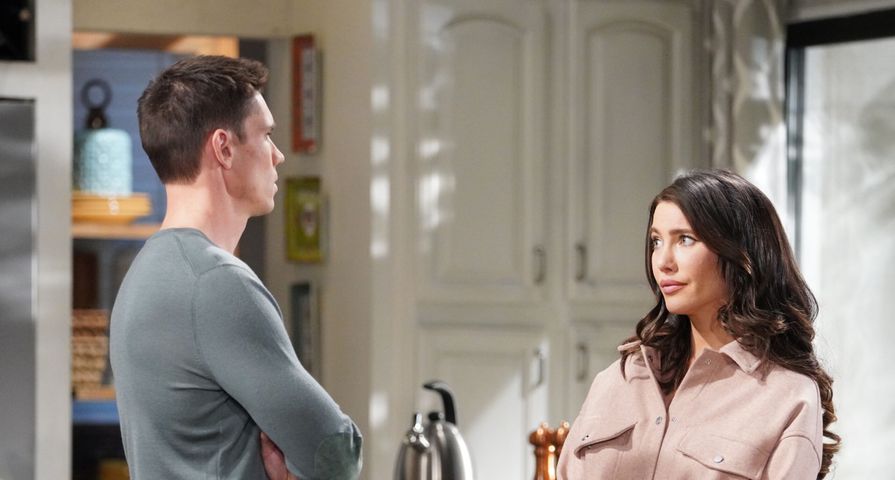 Last week, The Bold and the Beautiful (B&B) pulled the trigger (literally…) on a major plot twist, sending viewers on an emotional rollercoaster. There were thrills as Sheila became more desperate, fears as Steffy looked up the barrel of a gun, and sadness over Finn’s passing.

However, this week has been a whole ‘nother story. In the wake of Finn’s untimely demise, viewers are beginning to see why the character was sacrificed – and they are not happy.

As evidence mounts that Brad Bell (executive producer and head writer) is eager to put Steffy and Liam back into a romantic storyline, a vocal majority of fans are disgusted that Finn perished for a predictable, rehashed love triangle.

Want spoilers? Check out Bold And The Beautiful Spoilers For The Week (April 18, 2022)

This puts B&B in a difficult position. On one hand, the CBS soap is celebrating a season-high ratings performance on the back of this storyline. On the other hand, viewers are getting ready to stage a walkout over the show’s hinted direction.

At the risk of reliving the trauma, let’s pick up the pieces and examine whether Finn has 100% passed away. In doing so, we might also ascertain whether the plot twist that producer Casey Kasprzyk hyped has ended, or is just beginning.

After three months of slow storytelling and lagging ratings, B&B went into overdrive. All of a sudden Sheila’s true colors were revealed to Steffy, who quickly confirmed that treachery to her husband. And then, in the blink of an eye, both Steffy and Finn were shot.

Want plotline predictions? Check out Bold And The Beautiful Plotline Predictions For The Next Two Weeks (April 11 – 22, 2022)

Despite the finality of the scene behind Il Giardino, many onlookers suspect that Finn is still alive. Theories are flying around the internet that Finn is in a coma and Li (a surgeon, no less) had her adopted son set up in a private facility for his own protection.

It might explain why Li was so furious with Sheila at the hospital, and also why she refused to let the criminal see her son’s body one last time. It’s possible that Finn still had a pulse when he was rushed to the hospital, and murmured something about Sheila being the shooter before falling unconscious.

Finn portrayer Tanner Novlan revealed that his character was indeed axed, but even now, theories continue to percolate about Finn secretly being alive or having a twin! Given the intense fan reaction to his demise, B&B writers might be taking notes on how to revive this character. Just notice how little dialogue there’s been surrounding Finn’s passing.

Was Li’s odd behavior purposefully inserted to offer B&B an exit strategy, should fan outrage compel them to back-peddle on Finn’s passing? Could the return of Jack — a man we still know next to nothing about — spin this story in a way that saves Finn?

If the soap misjudged Finn’s popularity, they really misfired when hinting at a reunion between Steffy and Liam. Viewers have barely accepted Finn’s passing, but are already being spoon-fed montages of Steffy and Liam – an overcooked couple that most fans do not want to see together again.

As spoilers indicate that Steffy will awaken with no memory of Finn – but rather the impression she’s married to Liam – the CBS soap is looking a little out of touch with their audience. But are we all jumping to conclusions?

After all, several insiders have promised that this plot twist doesn’t end with Finn’s “passing”; rather, his shooting should kickstart a series of stunning developments. As Steffy portrayer Jacqueline MacInnes Wood recently told ET Canada, “Just buckle up because there’s going to be a lot of twists and turns right now.”

Plus, the plot twist is undeniably paying off, so far. Nobody expected Sheila to save Taylor’s life when the psychiatrist hung from the hospital roof, and nobody can be sure what will happen once Steffy awakens. And that doesn’t even touch on the roles that Bridget and Deacon will play over the coming weeks.

What will happen now that Sheila and Taylor have bonded over their own survival struggle? How will Ridge and Thomas make Steffy’s assailant pay? Shouldn’t audiences value a genuine surprise over getting exactly what the majority wants?

B&B feels refreshed in the wake of Finn’s sacrifice, but will they persevere through the fan outrage to deliver what they hope viewers want?