Home » Trending News » We Weigh In: Which Character Will Fall Victim To B&B’s Plot Twist?

We Weigh In: Which Character Will Fall Victim To B&B’s Plot Twist? 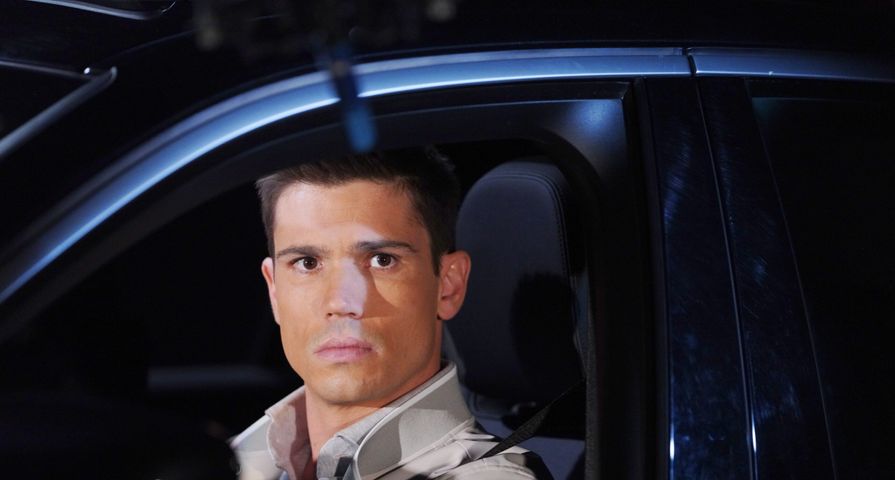 As producer Casey Kasprzyk continues to hint around the upcoming plot twist that will change The Bold and the Beautiful (B&B) forever, audiences are getting a slightly better view of what’s to come.

For a bite-sized review of what Kasprzyk has said so far, he claims the imminent plot twist will leave a greater impact on the show than when Sheila showed up in 2017, or when Maya came out as a transgender woman in 2015.

Finally, the Bold Live host has offered some concrete details, revealing seven characters who are in jeopardy as a result of this encroaching danger. Assuming the “danger” is Sheila — because even B&B spoilers promise she’s about to snap — let’s anticipate who she’ll attack: Hope, Liam, Steffy, Finn, Carter, Ridge or Taylor.

Want spoilers? Check out Bold And The Beautiful Spoilers For The Week (March 28, 2022)

According to B&B spoilers, there are many reasons to support the idea that Steffy Forrester will fall victim to whatever plot twist is in store. Not only is she about to confront Sheila about sabotaging Brooke’s sobriety, she’ll also inform the criminal that she’s told Finn the truth.

This confrontation will be unusually dangerous. Just when Ms. Carter had been given an olive branch by her son – a chance to reconnect with her family – Steffy has dashed those hopes by revealing Sheila’s devious nature to Finn.

As if those spoilers aren’t already sounding the alarm, Steffy’s about to disappear from the canvas anyway, as portrayer Jacqueline MacInnes Wood prepares for her maternity leave. Given how instrumental Steffy is on the show – and how irreplaceable Wood is in that role – it would make sense that her absence be utilized somehow.

While it would be a tragedy of almost Biblical proportions if Finn were to meet his end as a result of his mother’s rage, it’s looking like a real possibility. When Finn told Steffy, “I would sacrifice anything to keep you and our family safe,” it seemed like a vow B&B writers were ready to demonstrate.

Want plotline predictions? Check out Bold And The Beautiful Plotline Predictions For The Next Two Weeks (March 28 – April 8, 2022)

Finn hasn’t done much on the canvas lately. However, now that his wife is about to awaken the merciless beast that is his birth mother, nobody stands to lose more than Finn. If he were to insert himself between Steffy and Sheila during a violent confrontation, he could wind up being the victim.

Moving on to Hope and Liam, it seems unlikely that either of them will be in the wrong place at the wrong time. But here’s something we should keep in mind: Thomas is keeping Sheila’s secret, so whatever fireworks go off after the fact will happen because he chose not to act.

A sleeper storyline of late has been Douglas’s custody. Steffy and Taylor had urged Thomas to readdress the custody terms that kept Douglas living with Hope and Liam. If Hope or Liam suffers from some fatal chain of events, Thomas will not only have to process his role in the tragedy, he’ll also have to step up for Douglas.

If Hope perishes, Thomas would mourn his former obsession and fight Liam in court for Douglas. And if Liam perishes, Thomas would do everything he can to pick up domestic responsibilities for Hope’s sake. Suddenly, they would be operating like a little family, while Thomas hides his part in Sheila’s grisly act.

Let’s switch gears and discuss Carter, who is something of an outlier because his storyline is isolated from the other six. He’s also the target of a threat, one that viewers aren’t sure how to assess. Grace is a new character, so it’s unclear what she’s capable of. Audiences can see that she’s conniving, over-protective and brazen, but how much of that is bark, rather than bite?

Despite Grace’s newbie status on the soap, viewers don’t have to explore the Buckingham family tree for very long before they realize some staggering dysfunction at play! From her husband, Dr. Reese Buckingham, to her other daughter, Zoe, it’s clear that her judgment might not be fantastic.

Want more spoilers? Check out Bold And The Beautiful Spoilers For The Next Two Weeks (March 28 – April 8, 2022)

Carter, on the other hand, is risk-averse (to put it kindly). He’s fallen into this pattern of hooking up with women who are already attached, and beating himself up about it. Could his indecisiveness be foreshadowing to a reckoning from the Buckingham matriarch?

There are two upsides to Carter being the victim: 1) Lawrence Saint-Victor has shown a keen interest in contributing more behind the camera, and 2) At the very least, his passing would give Zoe a reason to come back to L.A.

Ridge could very well be in jeopardy when this plot twist is revealed. B&B spoilers indicate that he will warn Taylor against conversing with Sheila. If Taylor rebuffs Sheila in her time of need, she may seek vengeance on Ridge for souring their “friendship”.

Beyond the spoilers, actor Thorsten Kaye has been anticipating a break from the show either this year or next. In an interview last summer, Kaye said, “I have already agreed with my boss [executive producer and head writer Bradley Bell] that next year, or the year after, that he should write me out of the story for a few months.”

Surely, there’s no better time for Ridge to disappear than when he’s caught up in a love triangle – particularly one that feels rather directionless.

Taylor, meanwhile, has just gotten back into the swing of things, since Krista Allen took over the role, so it seems unlikely that she’ll be a casualty of this impending plot twist. Still, her professional curiosity in Sheila could spell trouble for her!

Taylor is the one who let the fox into the henhouse, when she invited Sheila to Christmas dinner. Besides, in Sheila’s deluded mind, Taylor “owes” her for sabotaging Brooke’s sobriety and sending Ridge into her arms. So, if Taylor turns away from Sheila at Ridge’s bidding, might Ms. Carter take revenge?