Home » Trending News » We Weigh In: Will B&B Ever End The Hope, Liam And Steffy Love Triangle?

We Weigh In: Will B&B Ever End The Hope, Liam And Steffy Love Triangle? 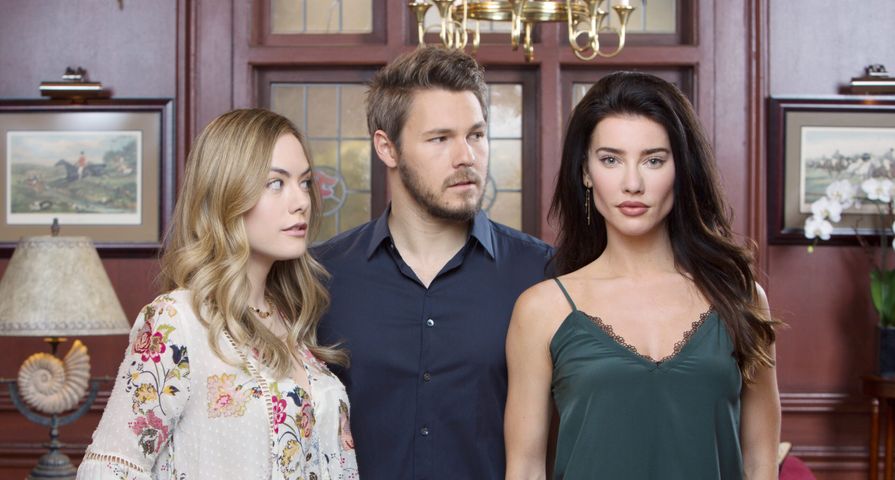 The Hope, Liam and Steffy love triangle has reared its ugly head again on the Bold And The Beautiful (B&B). This three-way relationship is so despised by fans that many have dubbed it the Triangle Of Doom. But will it ever end?

It all began in 2011. Liam was happily dating Hope but had stopped by Steffy’s apartment. Standing outside her door, he could inherently tell something was wrong. And it was – Steffy had hit her head, fell into her bathtub and slipped under the water. Liam burst through her door, rescued her from drowning and they shared a kiss. As of that moment, Steffy has only had eyes for Rescue Ranger Liam.

Want B&B? spoilers? Check out Bold And The Beautiful Spoilers For The Next Two Weeks (November 30 – December 11, 2020)

Since then, The Waffler has had his pick of the Sister Wives. Liam has been married to both Steffy and Hope three times. He bounces back and forth between them like a ping pong ball. When Liam recently thought he caught Hope kissing Thomas, the first thing he did was land back in bed with Steffy.

Although fans were quick to complain and even threatened to stop watching the show when the Steam spoiler came to light, social media and message boards have lit up like Christmas trees.

Want B&B plotline predictions? Check out Bold And The Beautiful Plotline Predictions For The Next Two Weeks (November 30 – December 11, 2020)

As longtime soap viewers know, love triangles do create a lot of buzz. Who can forget one of B&B’s most infamous trios – Brooke, Ridge and Taylor? During the 1990s, the Forrester playboy flip-flopped between the two women constantly, just as Liam has done with Hope and Steffy during the past decade. And Ridge’s notorious behavior back then still influences his children. Both Thomas and Steffy have abandonment issues.

Want more B&B spoilers? Check out Bold And The Beautiful Spoilers For December 2020

Many of us hoped we’d seen the end of the Triangle Of Doom when Steffy hooked up with Finn. However, it seems rather obvious that Liam and Steffy’s most recent romp in the sack is going to blow up in their faces, especially when Liam finds out what he saw was Thomas kissing the Hope mannequin. But when Steam’s secret does come out, will it finally signal the end of the Triangle Of Doom? Don’t count on it.