The Bachelorette has finally revealed all 32 men who could be potentially competing for Clare Crawley’s heart on the upcoming season of the ABC reality dating show.

The new batch of Bachelorette contestants was released on the show’s Facebook page on Tuesday, March 10, ahead of the dramatic season finale of The Bachelor. Devoted Bachelor Nation fans might recognize one familiar face in the cast: Tyler Cameron’s best friend and roommate, Matt James.

Before Peter Weber was announced as the latest Bachelor, Cameron had quipped to PEOPLE that he wanted James to star as the lead.

“I can’t wait to watch him next year,” he joked.

“With everything going on with ABC, I can’t really talk about it,” James jested.

“That’s my line. That’s funny,” Cameron said at the time. “I know my mom signed him up.” (Unfortunately, Cameron’s mother Andrea Cameron passed away earlier this month from a brain aneurysm.)

Besides James being cast, fans have learned that the 32 guys cast range in age from 23 to 42 – giving 38-year-old Crawley’s suitor pool a wide age-range.

Crawley was announced as the latest Bachelorette on March 2 during an appearance on Good Morning America.

“The biggest thing for me is, honestly, it’s all what’s on the inside for me,” Crawley later added. “The outside, if you line up all the guys I’ve dated in the past, there’s no one type physically. It’s more if they go out of their way for me, if they make me feel special. This is about me now. I’m ready for it.” 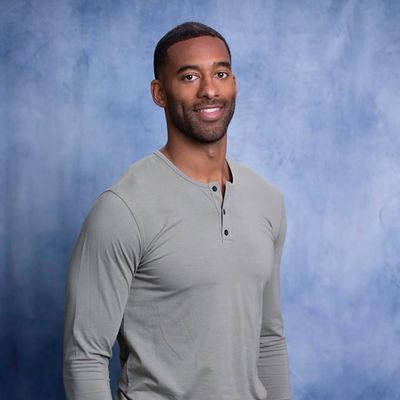