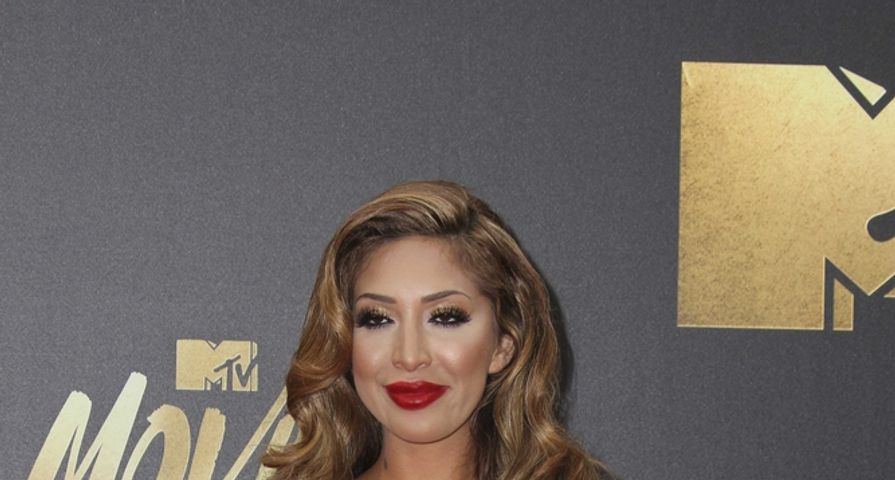 Farrah Abraham is firing back after recent comments by Dr. Drew Pinsky left her infuriated.

Dr. Drew also discussed Farrah’s career in the adult film industry. “You know, she’s embraced it and that’s what she’s going to do,” he told the podcast hosts. “She doesn’t have any other skills or training. She has a mom that encourages her to do that kind of stuff and a dad that is kind of really ambivalent about it. He’s having a tough time himself. And then she was lead in by people she trusted and then was exploited. She’s trying to navigate through this crazy world she’s in. I feel bad for her.”

Although Dr. Drew went on to say that “she’s not awful,” and thinks she’s “a beautiful woman,” Farrah is not having any of it!

In an exclusive interview with RadarOnline, Farrah expressed her outrage at Dr. Drew’s comments. “I know [sic] longer will credit Dr. Drew as a professional ethical Doctor,” she told Radar.  “As well I will no longer have him around me for my health and safety due to his violent ‘strangle’ actioning [sic].”

The 25-year-old  went on to slam Dr. Drew after he came down on her in the podcast. “Dr. Drew clearly is frustrated by me as I don’t let him in my life and he has just proven why as he’s a wacko!”

The Teen Mom challenged Dr. Drew’s assumptions that she lacks the skills to do anything beyond adult films. “Dr. Drew, reality check,” she said. “I have a restaurant now. I’ve had two degrees. Opening two more businesses this year. I’m successful in many things beyond a celebrity sex tape that you probably still watch daily. Like New York Times best selling author, the top reality star and much more.”

Farrah also had a supportive message for women who are shamed because of their life choices. “To the women out there: Never let any doctor or know-it-all man speak horribly about you or your future,” she stated. She concluded by saying, “I only feel horrible for people like Dr. Drew who have to lie about hard working positive & prospering people like myself to make them feel better and get attention from media since he’s so desperate for it.”