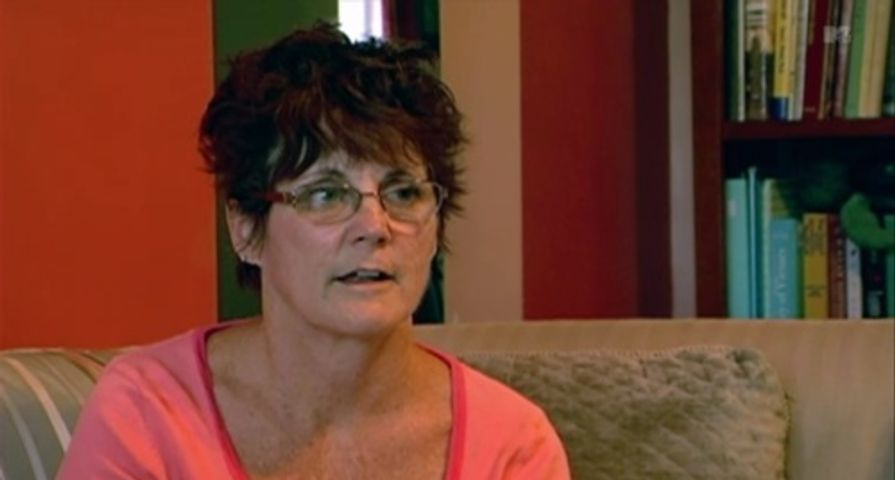 In the new MTV Teen Mom 2 special Being Barbara, Barbara Evans opened up about the current state of her life. Monday’s special shed light on Barbara’s interest in meeting a companion, as well as her intentions to regain custody of her grandson Jace from her daughter Jenelle Evans.

Although “intimidating,” Barbara disclosed that she’s been spending more time on her physical appearance in the hopes to start dating again. The episode showed her getting a facial, shaving those pesky facial hairs, and buying new dresses.

Speaking about her desire to have someone new in her life, Barbara told Teen Mom producer Kristen, “I’m not looking for love, like, ‘move-in’ love. I’m looking for a companion, like, to go out to dinner.”

But Barbara has a few things on her checklist when it comes to finding the right man. She told Kristin she wants to find someone between the ages of 55 to 65 who is intelligent, has good personal hygiene, and a nice personality. She said that a perk would be if he had a big yacht.

The Teen Mom star also opened up about the rocky relationship with her daughter, Jenelle, and revealed that she plans to regain custody of her grandson, Jace. When asked if her daughter is able to take care of Jace, Barbara admitted that she wasn’t confident about Jenelle’s ability to do this. “I have to do what’s best for Jace. Do you think I really wanted to give up my senior years taking care of this child?” she asked. “I may be in my 60s, but I still know how to have fun.”

Barbara continues to fight with Jenelle, and says her daughter’s new boyfriend is part of the problem. “She’s got another new controlling boyfriend, who I think out of all of them is really the worst of the worst.”

Barbara will star in an upcoming webseries that follows her as she searches for love.