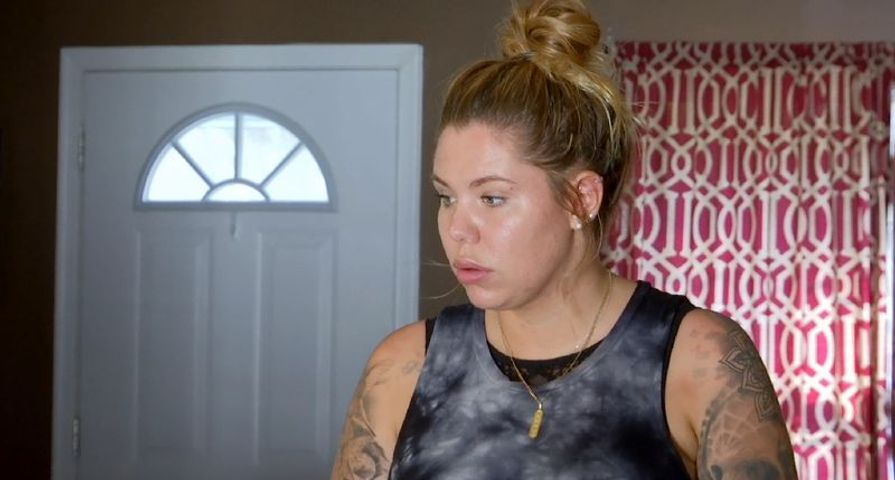 Another Teen Mom 2 episode and a whole lot more drama! The Monday, March 6 episode of Teen Mom 2 saw yet another explosive fight between Jenelle and her mom Barbara over the custody of Jace while Kailyn had some choice words about her ex Javi Marroquin when it came to custody of their son, Lincoln.

As fans have become accustomed to this season, Kailyn Lowry’s storyline of the episode focused around her fighting with ex-husband Javi Marroquin, and once again the whole thing happened while MTV wasn’t around to film it. According to Kailyn, Javi showed up at her house like a “pyscho” in an effort to find out if another guy was living there. According to Javi, he went over to pick up both of the kids, but did end up hopping a fence and entered the house. The cops couldn’t do anything however because the house was still technically in Javi’s name although Kailyn’s friend Sterling was there to back up her version of the story and said Javi’s behavior was completely terrifying. Additionally, even Jo became concerned and sided with Kailyn because Javi scared his son Isaac. Needless to say the fight continued between the pair and a few days later when Kailyn went to pick up Lincoln, Javi refused to let his son go with her.

When it comes to Chelsea, her storyline’s have been adorably non-dramatic as she, Cole, and Aubree prepare for the arrival of the new baby. Chelsea went ahead and got one of the realistic fake babies that cry and are used in home EC classes in order to give practice to herself, Cole and Aubree, and it really seemed it was necessary.

Meanwhile Leah Messer was making her own big decisions because she was strongly considering going to beauty school, and although she didn’t finish the first time around, she was welcomed back. Unfortunately her school scheduled conflicted with her girls’ schedules and although she really wanted to go back, she couldn’t commit to giving up time with her daughters in order to pursue her education.

Then, there was Jenelle, who once again argued with her mother over the custody of Jace in a routine way fans have seen play out time and time again. After some uncomfortable interactions, Jenelle finally blew up when they met up to exchange Jace. In the fight Jenelle accused her mom of only wanting to be on TV and ripped the camera off of her dashboard, meanwhile Barb told Jenelle that if she was awarded custody of Jace then Jenelle would only get limited visitation.