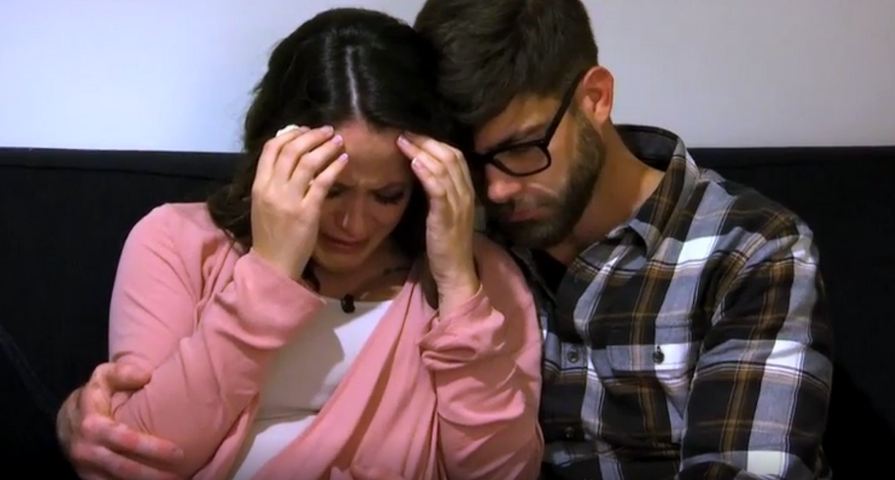 This season of Teen Mom 2 has officially come to an end, but the drama certainly hasn’t. On the Monday, March 20 episode of Teen Mom 2, the ladies wrapped their seventh season which included the cops being called on Jenelle, just for some good old nostalgia.

All season long, Kailyn Lowry and her ex-husband Javi Marroquin had been battling it out on camera, and after last week’s episode ended with Javi heading back into Kailyn’s home, the episode picked right up with their fight. Kailyn once again tried to tell Javi that they hadn’t been a “happy couple” for a long time and their relationship was completely over, but they needed to work together at least for their son Lincoln.

As for Chelsea, she and Cole were finally done the paperwork from the small wedding ceremony in Nebraska from last week’s episode. Unfortunately, after Chelsea headed to L.A. to film the reunion special, she became pretty sick and was forced to miss some of the work for the show but did make it for a behind-the-scenes segment.

Leah had a busy season dealing with a massive flood that affected her area of West Virginia, moving to a new home with her three daughters, and making the decision to go back to school. After telling her girls the big news about going back to school, she too headed off to L.A. and became one of only two moms to participate in the group shots for the reunion, and since we know Chelsea was sick…where was the third?

While the actual reunion was held during the episode, part one of which was aired after the Teen Mom 2 finale, fans instead saw the behind the scenes parts which included Jenelle Evans very upset after confronting her mother Barbara about still having custody of Jenelle’s son Jace. Jenelle then made the decision to leave the set, which upset the crew and producers after already losing Chelsea to sickness. When they caught up with Jenelle she was angry with them for continuing to film her mom and said she felt “excluded.” Unfortunately, Jenelle’s plans to leave with her boyfriend David included taking her son Jace meaning the producers then had to call the police on her because she was taking a child she didn’t have custody of. Barb had a meltdown over the situation and was incessant that it was David she wanted to press charges against and have sent to jail, but after the cops informed her she couldn’t press charges on him without pressing charges on her daughter, she decided not to do it at all.

When the producers went back with only Leah and Kailyn being the Teen Moms left to do the group shots, Kailyn made a point of throwing shade at her castmates by saying she was still going to go on because “It’s my job…”