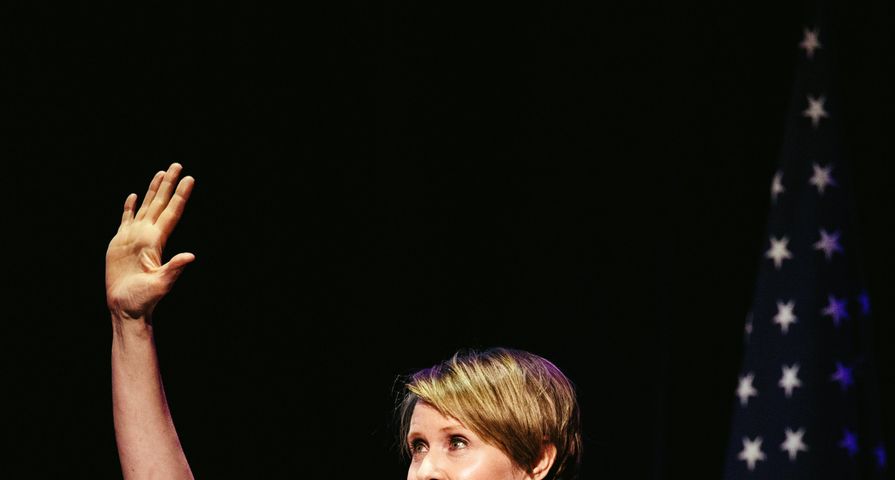 From Sex and the City to potential Governor of the city (and more)!

Actress Cynthia Nixon, best known for her role as no-nonsense lawyer Miranda Hobbes on Sex and the City, is taking a career change as she officially announced her run for the Governor of New York. “I love New York and today I’m announcing my candidacy for governor,” she tweeted on Monday, March 19 along with her campaign video.

The the video, the 51-year-old, gives an inside look at her home life with her wife, Christine Marinoni and their 7-year-old son Max and also shows Nixon walking the streets of Manhattan and taking the subway. “New York is my home. I’ve never lived anywhere else,” a voice-over by Nixon says. “When I grew up here, it was just my mom and me in a one-bedroom 5th floor walk-up.”

“New York is where I was raised and where I’m raising my kids. I’m a proud public school graduate, and a prouder public school parent,” she added, speaking also of her two children, Samantha, 17, and Charles, 15, with her ex-husband Danny Mozes. Nixon also goes on to say she doesn’t think kids today are getting the same chances she did while growing up in New York. “I was given chances I just don’t see for most of New York’s kids today. Our leaders are letting us down. We are now the most unequal state in the entire country with both incredible wealth and extreme poverty,” she continued.

“Half the kids in our upstate cities live below the poverty line. How did we let this happen?” she poses. ” I love New York. I’ve never wanted to live anywhere else. But something has to change. We want our government to work again on health care, ending mass incarceration, fixing our broken subway. We are sick of politicians who care more about headlines and power than they do about us.”

Nixon is set to run against Governor Andrew Cuomo and if she wins, Nixon will become the first female governor in New York history.