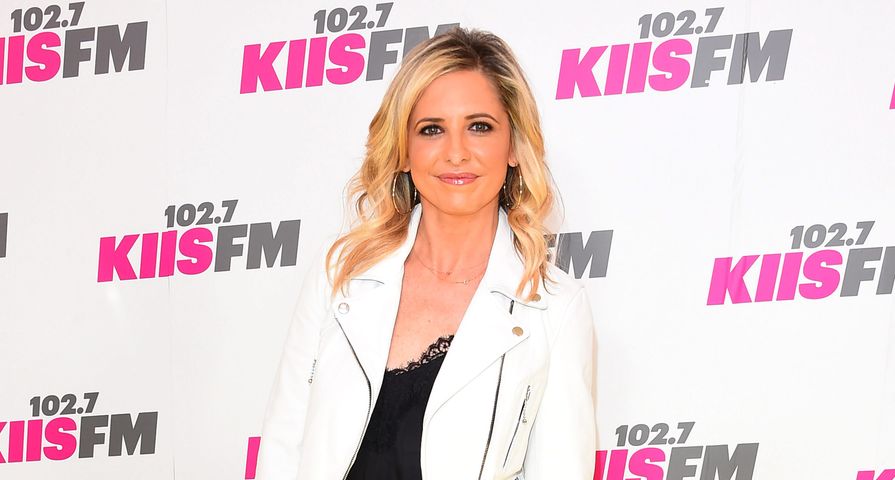 Sarah Michelle Gellar was quick to react when a seemingly innocent Instagram post she shared on Sunday, November 18 became the target of negative attention.

In preparation for Thanksgiving later this week the Buffy the Vampire Slayer alum shared some photos from her December 2007 sexy Maxim photo shoot featuring her posting in lingerie. “I’m just going to pin these up all over my house as a reminder not to overeat on Thursday,” Gellar wrote in the caption, adding the hashtag #thanksgivingprep.

While some of her famous friends including Tiffani Thiessen and Debra Messing loved the joke, some of her fans did not with one sharing, “Buffy, please don’t promote diet culture. Not the kind of message we should be sending. Usually love your posts but I’m seriously against ‘thinspiration.’ It’s a core of most eating disorders.”

“Skinny doesn’t make you beautiful or healthy. Overeating one day isn’t going to hurt you. healthy is a state of mind not a state of body,” another woman wrote.

Commented another: “Wow. Really shocked that a woman in a position of influence and a mother would post this … Is that where you place your value? On the size of your thighs? Or your protruding hip bones? Nothing positive comes from this post. Only narcissism and [the] theory that women need to be skinny to be acceptable. You should remove this post. Immediate unfollow from me.”

While Gellar did not delete post, she was quick to respond when she caught wind of the mounting backlash and criticism. “It’s come to my attention that some people think I was ‘fat shaming’ with this post,” she wrote on Tuesday, November 20. “That could not be further from my intentions. I love Thanksgiving and unfortunately my eyes are often bigger than my stomach, and I tend to eat so much I make myself sick. This was a joking reminder to myself not to do that. I’m terribly sorry that people were offended by my attempt at humor. Any one that knows me, knows I would never intentionally ‘shame’ any one on any basis. I am a champion of all people.”