Things You Might Not Know About Sarah Michelle Gellar 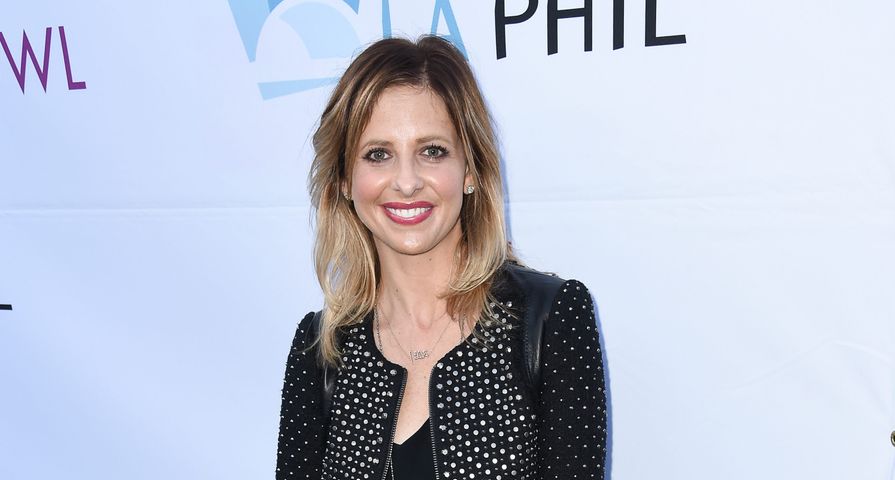 Sarah Michelle Gellar is one of those actresses who played such an iconic role back in the day on Buffy the Vampire Slayer that she will forever be recognized as Buffy Summers. However, there’s more to this actress than playing the teenage slayer who fought against evil vampires and demons — she’s also a producer and entrepreneur. Gellar’s career was on fire back in the ’90s and early 2000s when she took on roles in huge projects like The Grudge, I Know What You Did Last Summer, Scooby-Doo and Cruel Intentions. After getting married and having children, Sarah took a big step back from the Hollywood scene and started a food crafting company called Foodstirs. After a 10-year hiatus from the small screen, she returned for small projects like Ringer and The Crazy Ones. Fans have watched her grow up on-screen from being a teenager on All My Children to now a mom and wife, but there’s still things to learn about this actress. Here’s 10 things you didn’t know about Sarah Michelle Gellar:

Before Sarah Michelle Gellar landed her career changing role as Buffy on Buffy the Vampire Slayer, she was up for the part of Sabrina Spellman in Sabrina, the Teenage Witch. That role ultimately went to Melissa Joan Hart, but only because Gellar turned down the role because she liked the role of Buffy more. In 2006, there was talks of a movie on Sabrina, the Teenage Witch being produced (the film was never made), and at the time Gellar was once again eyed for the role of the teen witch, but by then she was too old.

Gellar was born and raised in New York City, and from an extremely young age showed an interest in becoming a huge celebrity. Living in such an amazing city, how could you not? As a child she attended the prestigious institution known as Professional Children’s School and some of her classmates at the time were Tara Reid, Jerry O’Connell, Christina Ricci and Macauley Culkin. Clearly it’s a popular school for aspiring creative talent! These celebrities are also apart of the school’s alumni: Scarlett Johansson, Martha Plimpton, Vera Wang, Christian Slater, Vanessa Carlton, Frankie Lymon and Buddy Rich. 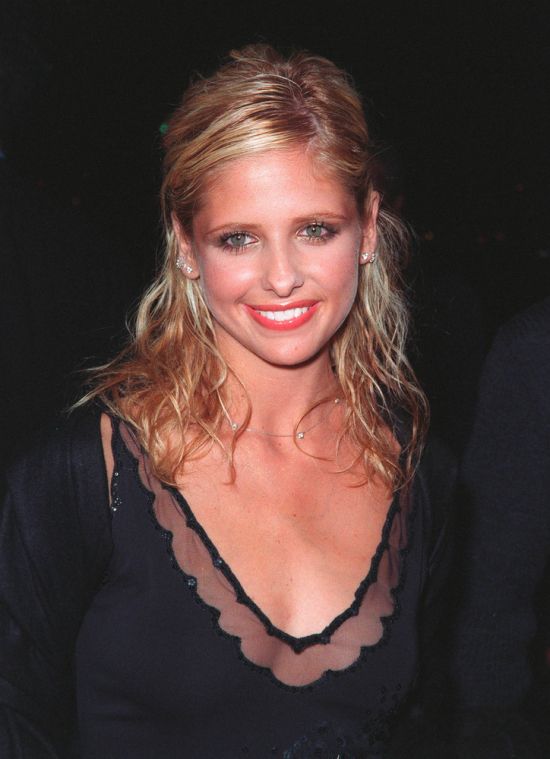 Sarah Michelle Gellar started her acting career like many others in her position, on a soap opera. From 1993 to 1995 for about 30 episodes she played Erica Kane’s daughter, Kendall Hart Lang, on All My Children. She was only 18-years-old when she played this character and her spectacular performance earned her an Emmy! She won in the Younger Actress in a Drama Series category in 1995. Sarah returned to her roots in 2011 for All My Children‘s final episode before it went off the air for good. 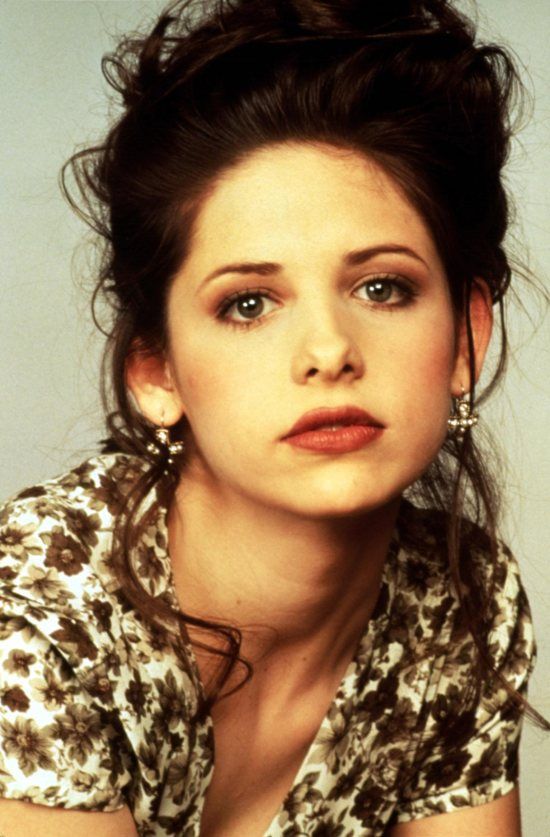 7. How She Met Freddie Prinze Jr.

The couple met while working on the set of the 1997 teen slasher movie, I Know What You Did Last Summer, but they didn’t start dating until 2000. While they were together, Freddie and Sarah starred in two live-action Scooby-Doo films and married on Sept. 1, 2002, in Jalisco, Mexico. She legally changed her last name to Prinze, but as an actress, she still goes by Gellar. They share two children together, Charlotte Grace, 7, and Rocky James, 4.

6. She was Almost Cast as Cordelia

In 1997 when Sarah Michelle Gellar was auditioning for her role as Buffy Summers, she was first considered for the role of Cordelia. During her auditions, the producers thought she was better suited to play Cordelia Chase, the popular but obnoxious cheerleader who ended up becoming Buffy’s frenemy. However, Sarah was persistent in her desire to play Buffy and it paid off because she eventually landed the lead role, beating out tough competition like Selma Blair and Katie Holmes.

19 years ago tonight, I got to introduce you to #buffyannesummers (and #mrpointy too) thank you for taking the incredible journey with me and continuing still. I am and forever will be #grateful   A photo posted by Sarah Michelle (@sarahmgellar) on Mar 10, 2016 at 10:31am PST

When filming the horror movie The Grudge (2004) in Japan, Gellar kept having an odd allergic reaction to the water. When she filmed scenes in the shower, the directors had to put garbage bags over her legs. Despite this uncomfortable situation, she loves Japan because, during the time she filmed there, Buffy wasn’t as big as it was in America so she was able to walk around freely without being recognized. Fun fact: On her way back from Japan, Freddie asked her to sneak a samurai sword for his birthday, and she did (but it wasn’t quite that sneaky)! An assistant director for the movie introduced Sarah to the man who made the samurai swords for the movie, The Last Samurai, who helped her buy a sword and do the paperwork to have it sent to the U.S. 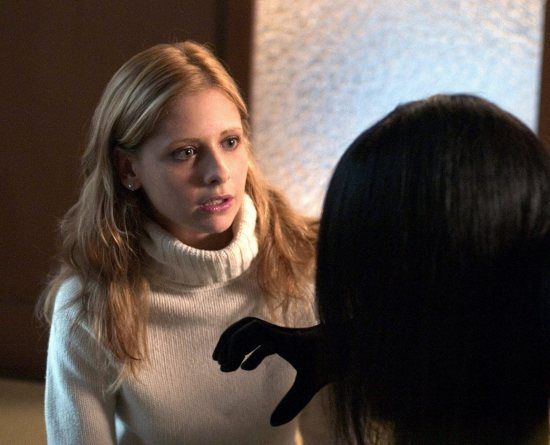 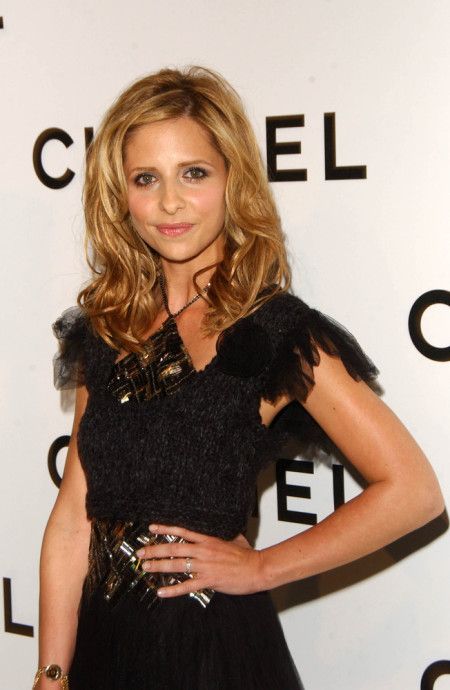 Sarah is a woman of many talents! According to her IMDB profile, she studied Tae Kwon Do for five years and currently does kickboxing, boxing, street fighting and gymnastics. It’s no wonder she did all her own stunts while filming Buffy the Vampire Slayer! 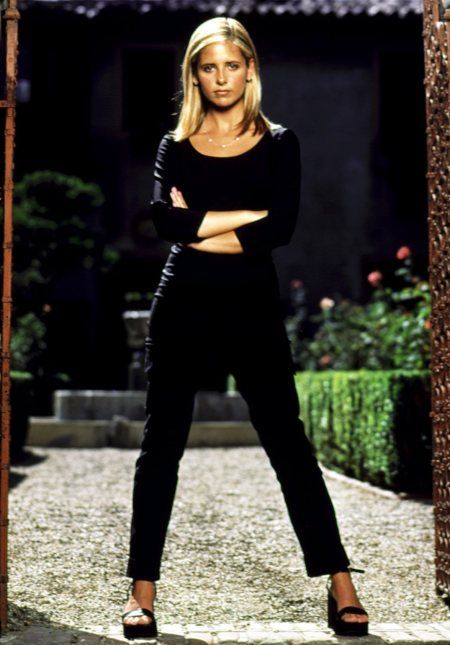 Sarah Michelle Gellar’s biological father Arthur Gellar was found dead in his Manhattan, New York apartment back in October of 2001. He was found by a friend who hadn’t heard from him in several days. According to the New York Daily News, police suspected his cause of death was an overdose due to the medication that was found on the scene, but he was also battling cancer and “suffering from depression.” Although Arthur was Sarah’s biological father, the two had a very strained relationship, or rather, lack thereof. She didn’t speak of him often, but when she did it was negatively. The year before he died, she told TV Guide in an interview, “He is not a person who exists in my life. Just because you donate sperm does not make you a father. I don’t have a father. I would never give him the credit to acknowledge him as my father.”

1. She was Sued by McDonald’s and is Legally Banned

In 1982, as a small child, Sarah Michelle Gellar starred in a commercial for Burger King. At the time it was the first commercial to ever name a rival company by name and it didn’t end well! That rival company was the giant franchise McDonald’s and in the commercial Sarah explained that McDonald’s burgers are made from 20% less meat than the burgers at Burger King. This led to McDonald’s suing Burger King, and in the lawsuit, they also named Sarah Michelle Gellar. As a result, Gellar was banned from the restaurant because of the part she played in the commercial! She said she still goes into the restaurants but will try to conceal her identity. Ironically, McDonald’s was a sponsor for the WB show, Buffy the Vampire Slayer, so we think they’re over the whole debacle.