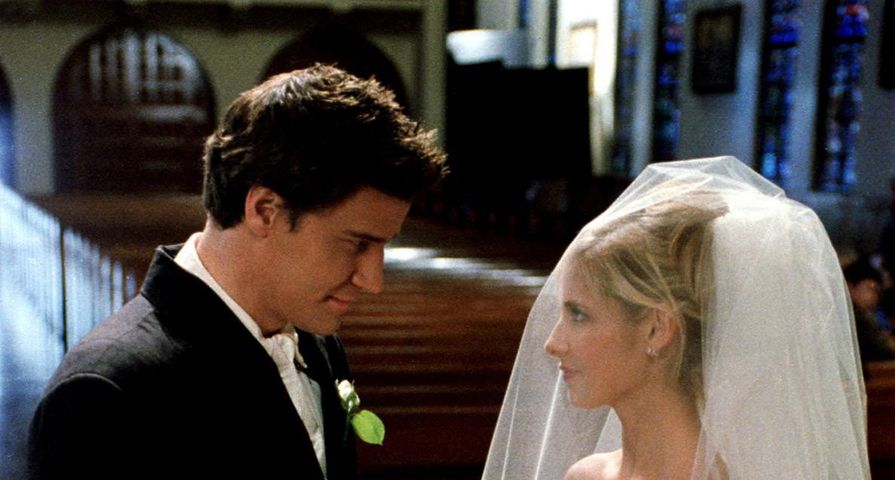 For years, fans have been clamoring for Buffy the Vampire Slayer to be brought back but after the news was confirmed that Joss Whedon was producing an all-new reboot, there was some backlash.

Many fans felt that it just wouldn’t be the same without Sarah Michelle Gellar in the titular role, but the actress herself and her on-screen love interest played by David Boreanaz want fans to know the reboot has their full support.

“At the end of the day, it’s all about great storytelling,” Gellar told PEOPLE. “If a story lives on, then I think it should be told in any incarnation it can be told in.”

Gellar’s comments on the series came shortly after Boreanaz addressed the reboot to a room full of Buffy fans at New York Comic-Con. When the rebott was brought up many fans booed, but Boreanaz tried to silence them. “Come on, guys. It’s a good thing. Let’s just embrace [it]. I’m very happy for them. They want to embrace a new generation, something new. … I’m all for it. I think it’s fantastic. Good for them. I hope that it becomes huge and successful,” Boreanaz said at a panel moderated by Entertainment Weekly‘s Lynette Rice.

In response to the intense backlash the Buffy reboot’s showrunner Monica Owusu-Breen said, ““They can’t be replaced. Joss Whedon’s brilliant and beautiful series can’t be replicated. I wouldn’t try to. But here we are, twenty years later… and the world seems a lot scarier. So maybe, it could be time to meet a new Slayer.”