Judi Evans Returns To Days Of Our Lives 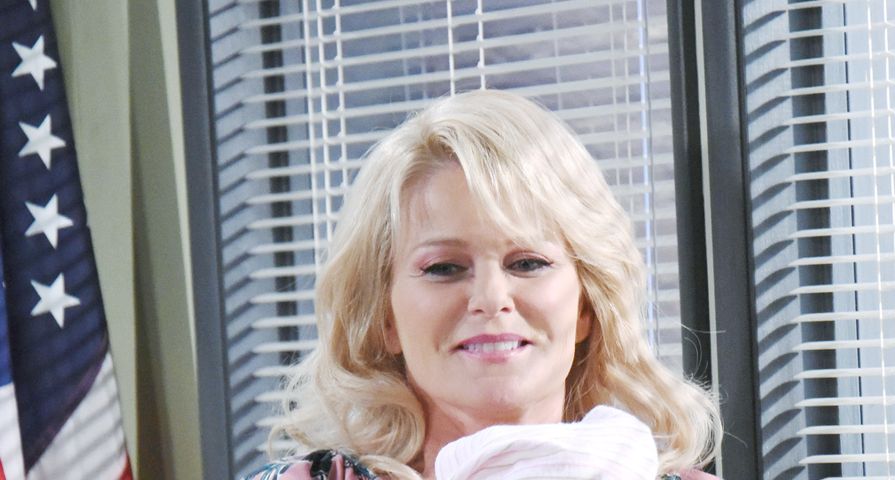 Judi Evans will return to Salem as Adrienne Kiriakis, beginning October 23. With Wally Kurth (Justin) also returning on contract later this fall, viewers can expect to see more of both Justin and Adrienne on Days Of Our Lives (DOOL).

Spoilers tease Justin will propose to Adrienne, but whether viewers will see a wedding or not remains to be seen. Evans’ last appearance on DOOL was in August and she hadn’t been seen regularly on DOOL since April.

Adrienne isn’t the only role Evans has portrayed on a soap; she also played Bonnie on DOOL, Maeve on As The World Turns, Beth on Guiding Light (GL) and Paulina on Another World.

Her portrayal of Beth on GL won her a Daytime Emmy Award for Best Supporting Actress in a Drama at the young age of 19.

Evans landed the role of Adrienne in 2008 and has been appearing as the character ever since.

As viewers know, a DOOL time jump of about a year is coming, sometime around Thanksgiving, so will Justin and Adrienne already be happily married by the time that happens? There’s also an unconfirmed rumor that Adrienne may have passed away during the skipped year. So, anything could happen. Stay tuned!