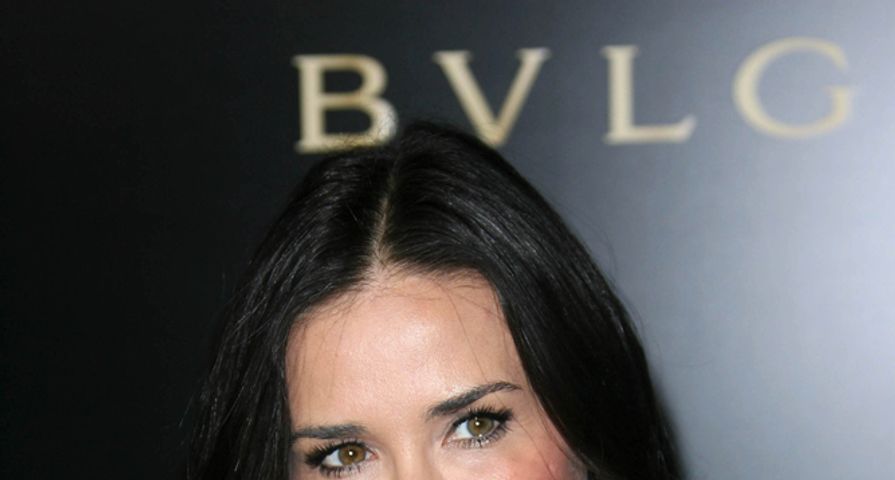 Recently, Demi Moore has opened up very candidly about her troubles with ex-husband Ashton Kutcher and the effects the couple’s relationship had on her three daughters.

“The addiction and the co-dependency… like my addiction to Ashton — that was probably almost more devastating because it took me seriously away emotionally,” said Moore on Monday’s Red Table Talk on Facebook Watch.

Moore sat down with hosts Jada Pinkett Smith, Willow Smith and Adrienne Banfield-Norris, and her daughters Rumer and Tallulah Willis, where she spoke about her struggles with addiction after 20 years of sobriety.

“Watching the behavior with Ashton, those years, because everyone had left the house and it was just me living there. I felt very forgotten and I feel like I developed and nurtured a narrative where she didn’t love me and I truly believed it,” Tallulah said about how her mother’s addiction affected her and her older sisters, Rumer and Scout. “I know that she does, 100 percent but in that moment you’re hurt.”

Rumer also added, “So much of that time, especially with Ashton, I was so angry because I felt like something that was mine had been taken away. I think also, when she wanted to have another baby and then it wasn’t happening, and there was so much focus on that, it was like ‘Oh, well we’re not enough.'”

Moore talked about the moment when she fell back into her addictive habits when she was on a trip with Kutcher. The couple was married for eight years and divorced in 2013.

“Ashton said, ‘I don’t know if alcoholism’s a thing. I think it’s about moderation,’” Moore recollected. “If I had stayed close to working my program… I, of course, lived the majority of my adult life sober. I was great sober.”

Willow followed up with Moore and asked what made her quit sobriety. “I wanted to be that girl,” said Moore.

“I made my own story up, that he wanted somebody that he could have wine with that he could do stuff [with],” she continued. “He’s not the cause of why I opened that door up. I wanted to be something other than who I am. And it was literally like giving my power away.”

In Moore’s memoir, Inside Out, she wrote about when she “went into contortions to try to fit the mold of the woman he wanted his wife to be.”

After Kutcher moved out of their home and admitted to cheating on her, Moore said that the way she coped with emotional pain was by abusing substances like Vicodin and alcohol. During that time, her daughters and former husband and friend – Bruce Willis – also distanced themselves from her.

As of now, Demi has been sober for nearly eight years.