Home » Trending News » Days Of Our Lives Weigh In: Should Abby Dump Chad?

Days Of Our Lives Weigh In: Should Abby Dump Chad? 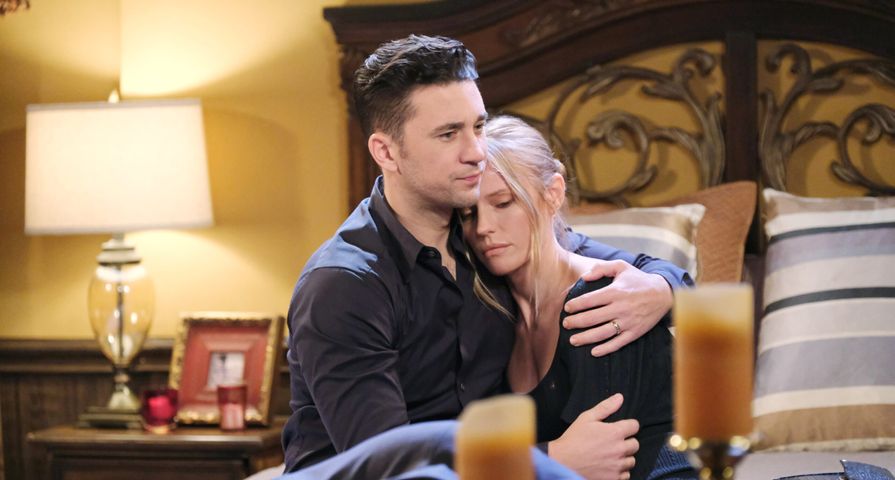 There’s a new manipulator in Salem and, since her debut in 2020, GwenRizczech has rocked Days of Our Lives (DOOL) storylines with her scheming. As Days fans sit on the edge of their seats trying to figure out who Gwen is, why she’s got such a hate-on for Abigail DiMera, and what she’ll do next, Rizczech continues to wreak havoc in the DiMera mansion.

While her attempt to break Jack and Jennifer up did not succeed, her plan to seduce Abby’s husband Chad did. DOOL spoilers suggest that the proverbial poop is about to hit the fan, and by the end of this week, Abigail is set to learn about Gwen and Chad’s one-night stand. Who will spill the beans? Well, Rizczech, of course, and she’ll be more than happy to let the cat out of the bag. This leads to a major question. Should Abby dump Chad once she finds out what he did with Gwen?

This is a hard one. On the one hand, Chad was manipulated by Gwen. Over the past few months, she worked overtime to convince DiMera his wife was cheating on him with his half-brother Jake. In fact, despite knowing that Jake was involved with Kate, Gwen kept this information to herself and further fueled the fire when it came to Chad’s insecurities of past indiscretions Abby had. She also exploited the mental health issues Abby’s had to struggle with. Gwen created a very real scenario for Chad, one that was hard to look away from.

Days Of Our Lives Spoilers For January 2021

On the other hand, Chad did not believe his wife every time she denied his claims about her infidelity. After everything they’ve been through, trusting Abigail and what she has to say should take priority over everything else. Furthermore, if Abby had slept with Jake, and it was anywhere near to the same situation that occurred with Stefan, it still would not have been her fault.

The storyline that unraveled years ago around Abigail’s mental health disorder and her dual personality (Gabby) that was attracted to Stefan cannot be labeled as an affair. Stefan took advantage of Abby, plain and simple. Any other past indiscretions Abigail had participated in with DiMera family members (looking at her affair with E.J.), occurred before the two were married. Abby takes her marital vows seriously, and nothing from her past can deflect from this fact. Chad’s “weak” moment has a “weak” justification attached to it.

Days Of Our Lives: Plotline Predictions For January 2021

Once everyone learns the truth about Rezczech, which is on the horizon for January, will she be ousted as a manipulator and schemer, or will people begin to feel sorry for her? That may be another article in itself.

Should Abby dump Chad? It’s something that Chabby fans may not want to see but it just might occur. Especially if Chad apologizes for what he’s done, but does not acknowledge Gwen as the homewrecker that she is. This will create further tension between the couple, making a breakup inevitable.