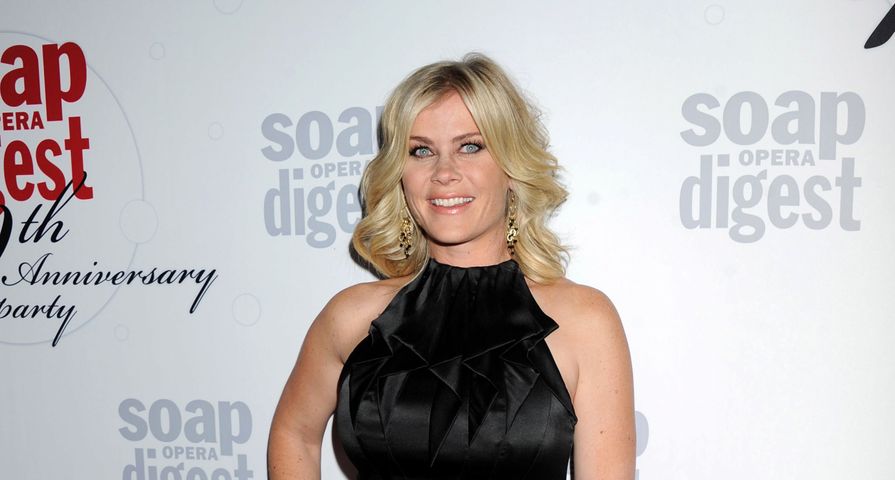 Days of Our Lives soap star Alison Sweeney has filed and been granted a temporary restraining order against a fan who has harassed her via social media for years.

The alleged offender’s name is Jon Christopher LuVisi and a California judge has ordered the man to stay 1000 feet away from Sweeney, her home, work, car and children’s school. According to court documents received by E! News, “Defendant’s unwanted contact with the Plaintiff has spanned the course of years, but in the past nine months escalated to such an extent that Plaintiff reasonable fears for her safety and the safety of her family.”

Sweeney revealed that LuVisi’s messages got increasingly aggressive in the past few months and he even attempted to claim the two had an affair. He used this claim against her and threatened that he would take the affair public if she didn’t extort money. Sweeney also claims that she tried to block LuVisi multiple times but he continued to make new accounts and heighten the threats in his messages. The court documents list a few of the the frightening messages included comments such as, “B—h you better answer me,” “You can’t hide from me you sorry ass b—h” and “Don’t push me. Your really starting to piss me off.”Aside from his aggressive messages, LuVisi also violated Sweeney’s privacy by tracking down her home address and posting it online.

After a thorough investigation which began in June, LuVisi’s wife was tracked down and has admitted she is aware of her husband’s “infatuation” with Sweeney and that “in March came close to divorcing [LuVisi] over his obsession.”