The Bachelorette‘s Yosef Aborady has already been framed to be the villain of Clare’s season, but there might be more truth to it than just a bad edit!

A woman who claimed to have had a relationship with Yosef went viral on TikTok after posting a series of videos explaining her time with him.

In a video uploaded on October 13, the premiere date of Clare’s season, Carly Hammond alleged that Yosef direct-messaged her on Instagram after returning home from filming the ABC reality dating series. She explained they began talking and FaceTiming regularly and even met in person, but she ended things with him after she caught him two-timing her.

“Put a finger down if you were talking to this guy that DMed you on Instagram, and then after a few weeks of talking, you find out that he’s going to be the villain on this season of The Bachelorette,” she began.

“You still give him a chance, and he comes down to see you because you guys don’t live in the same state, and you’re, like, amazed at the effort he put in to come see you and how he FaceTimes you all day for hours and texts you all day long, and you guys talk about having a family and having kids and getting married and all this stuff. And then he comes down, and you kind of have a rocky weekend.”

Hammond explained that after cooling off she was ready to approach Abrorady about the weekend, however, before she got the chance she received a Snapchat from him that was clearly intended for another woman.

“It wasn’t meant for me,” Hammond said. “So, then he unfriended me on Snapchat, and he told me that his Snapchat logged him out and unfriended me, hoping I wouldn’t see the video, but I already saw it and replayed it.”

She added that he subsequently blocked her on Instagram, but continued to view her posts from a separate account that he started for his dog.

The Bachelorette airs on ABC Tuesdays at 8 p.m. ET. 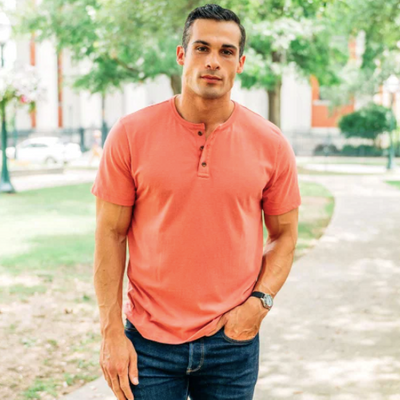