Home » Trending News » ‘Bachelorette’ Kicks Off Its Controversial Season – Who Will Be Picked?

‘Bachelorette’ Kicks Off Its Controversial Season – Who Will Be Picked? 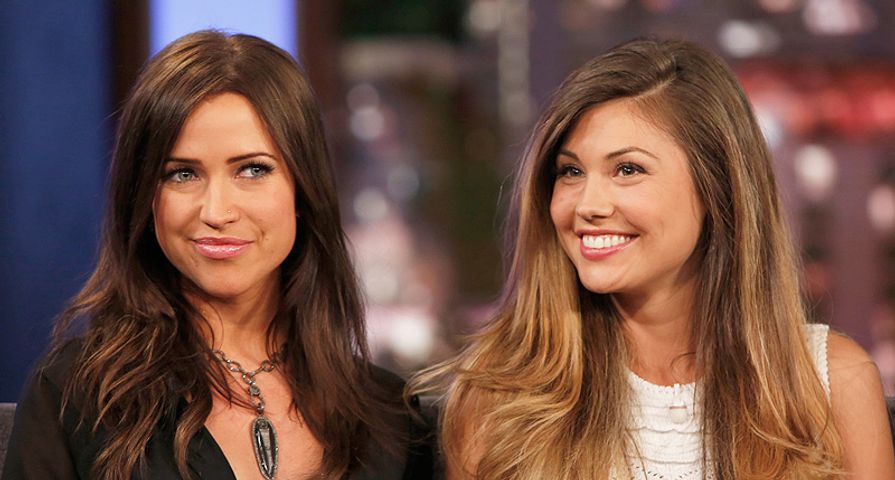 The Bachelorette is back — and more ridiculous than ever.

Fans are already upset with the show, which is pitting two bachelorettes, Kaitlyn and Britt, against each other. Women fighting over men is supposed to be the premise of The Bachelor, but now it’s taken over The Bachelorette, too.

To make things worse, the premiere criticized both of its female stars, painting Kaitlyn as an idiot who likes skinny dipping and Britt as an overly sensitive mess.

As the male suitors arrived in their limos, they got to choose which woman they’d greet first. Awkward!

The only good part about the premiere was that so many of the guys were hilarious trainwrecks. For example, industrial welder Joshua actually said these words on television: “With the right amount of heat and plenty of friction, two pieces can become one. Sparks are gonna fly, I just know they will – welding is like love.”

Meanwhile, Shawn E. claims to be an “amateur sex coach” (how does one go pro?) and arrived in a hot tub car.

Ryan M. is already the show’s drunken fool. “I’m all horned up right now, you don’t even know!” he shouted at the cocktail party, along with classic gems like “I apologize for nothing!” and “I’m sorry for being awesome!” No apologies necessary, buddy.

What did you think of the premiere? Who do you want to be picked as The Bachelorette this season?