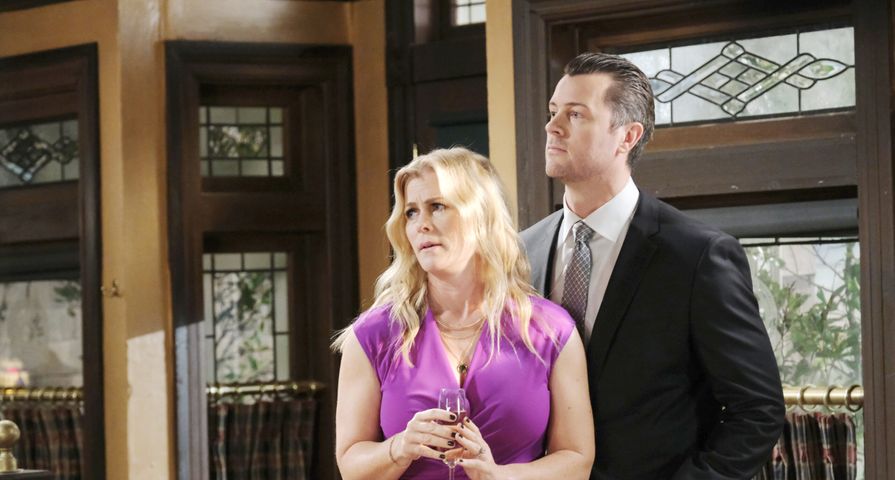 Days Of Our Lives (DOOL) star Alison Sweeney has wrapped up her most recent return to Salem.

“As always, I had a blast being back and it was so much fun,” Sweeney told Soap Opera Digest about her latest run with the NBC soap.

As spoilers indicate, Sami DiMera will be kicked out of the DiMera mansion by her husband, E.J. (Dan Feuerriegel), after he discovers her affair with Lucas Horton (Bryan Dattilo). But further spoilers indicate that Sami will then be kidnapped, which will explain her absence from the canvas.

This isn’t the first time that Sweeney, a self-described fan of DOOL, has departed the show. She previously announced her exit in 2014 but returned in 2017, and has made regular appearances since.

Sweeney’s exit comes in the wake of several DOOL storylines that had her character at the center of the action. Mostly recently, she was kidnapped by Kristen DiMera (Stacy Haiduk), almost shot by Xander Kiriakis (Paul Telfer), had a fling with ex Lucas Horton, raced to expose Nicole Walker’s (Arianne Zucker) infidelity, and finally got exposed for her own. Phew… no wonder she needs a break!

The timing of this news is even more curious as Sami’s departure from the canvas will occur right before her rapidly aged son, Johnny DiMera (played by Carson Boatman) arrives in Salem, on Friday, August 18. From the looks of spoilers, it appears that Sweeney’s last scenes could air this week… but only for a while.

“I have other scenes that I’m doing right now so you’ll have to see what happens,” the actress teased.