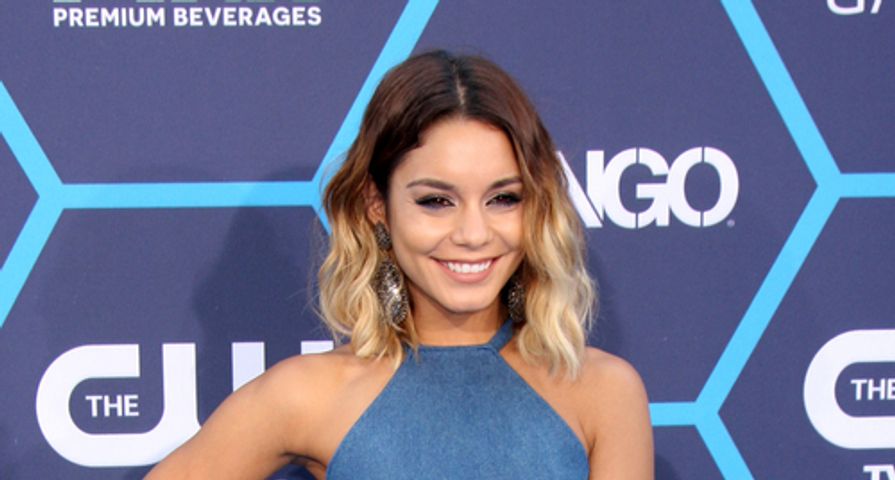 Vanessa Hudgens has been in Hollywood for well over a decade now; however, it was the “High School Musical” franchise that turned her into a household name – and a recognizable teenage fashion icon. We still remember seeing a young Hudgens on the red carpet wearing baby doll dresses, as she walked along with her cute teeny bopper boyfriend Zac Efron. In the last few years, though, the singer-actress has done a lot of growing up – both in terms of fashion and the roles she now takes on as an actress. Join us, as we take a look at Vanessa Hudgens fashion evolution!

Vanessa Hudgens looked sleek and sexy at the 58th Annual Creative Arts Emmy Awards in this satin gown. Considering that she was still just a teenager, it is a rather mature look. Hudgens’ star was on the rise in 2006. She starred in “High School Musical,” which became the highest rated musical and sang lead vocals in several songs. That same year, she released her own album V, which peaked at 24 on the Billboard 200 album chart and she set off on a 40-city concert tour.

The up-and-coming actress looked stunning at the “High School Musical 2” premiere in this red floor-grazing gown. She walked the red carpet with her co-star and boyfriend Zac Efron, who she had been dating for a couple of years at that point. Vanessa Hudgens was well on her way to becoming a big teen star; however, with fame, comes scandals. Around this time, some naked photos of her were released on the Internet. Hudgens – who was really embarrassed – apologized to her fans and all was forgiven.

The “High School Musical” star showed up at the Neutrogena Fresh Faces of Music event wearing this strapless Camilla and Marc dress, Giuseppe Zanotti Design pumps, a Double Happiness necklace and Decolette bracelets. While she usually dresses pretty well.  this isn’t our favorite look on Vanessa Hudgens though. We don’t really care for the shoes –they look kind of clunky – but we think the dress is kind of cute. Maybe with a different heel, the outfit would look better.

Vanessa Hudgens looked lovely at the 2010 MTV Movie Awards in this Jenny Packham dress with Diego Dolcini gold peep-toe shoes with heel embellishments and a Bally clutch. She walked the red carpet with her longtime boyfriend Zac Efron but later that year, Disney’s cutest couple called it quits. According to Hudgens, their packed work schedules were the reason for split. Sigh, we still wish they’d get back together!

The former teen idol wore a silk chiffon beaded Jenny Packham dress with a Judith Leiber “Diamond” clutch to the premiere of “Sucker Punch.” The dress had short sleeves and a sexy open-back, definitely a good look on our favorite “High School Musical” star. While everyone loved Vanessa Hudgens dress, not many people liked the movie. While critics enjoyed the visual effects, the content of the film itself left them deeply unimpressed. Her movie may have hit a low, but her fashion sense was at a definite high.

The actress-singer stunned at the 2012 People’s Choice Awards in this black Jenny Packham Fall 2011 gown with gold embroidered details. She accessorized with dangling gold earrings and black pumps. This is easily one of the best looks we have seen on Vanessa Hudgens. It is way more mature than a lot of the stuff she usually wears on the red carpet, but it is also chic and sexy. Hudgens is clearly becoming more fashion-savvy.

The “Spring Breakers” star wore this peach ruffled sleeveless Moschino Resort 2013 dress to the Variety’s Power of Youth Event. While we think the dress is beautiful, we are having trouble understanding why she chose to wear tan-colored YSL platform pumps with this light and girly dress. These shoes are a faux pas, they do not go with this dress at all. Vanessa Hudgens clearly needs some help with her styling so that she can avoid mishaps like this in the future.

Vanessa Hudgens tried a different look at the Superstars for Hope event. She rocked a long-sleeved black tea-length Temperley London dress, YSL heels, Anito Ko small matching rings, a Coomi gold ring, H Stern earrings and an Edie Parker clutch. The gold embroidery on the dress is exquisite; however, we aren’t so sure about the length. With Hudgens’ killer figure, we feel that this would have been better above the knee, because it is so long and elaborate, the dress really seems to overwhelm her tiny frame.

The “Sucker Punch” star was dressed to impress at the Young Hollywood Awards this year, where she accepted the Trendsetter Award. She wowed in this custom-made blue halterneck Bongo crop top with some white high-waisted Badgley Mischka pants. She accessorized with a Jenny Packham clutch and a Sylva & Cie ring. We love this look on Vanessa Hudgens. She clearly is fashionable – she just needs to be more consistent!