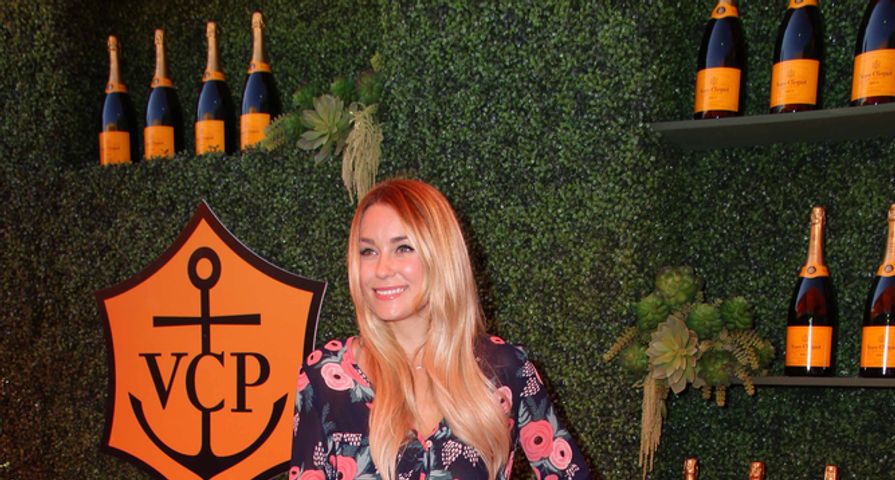 We have been following Lauren Conrad since she first appeared on the reality TV series “Laguna Beach.” She was an instant fan favorite. She was the girl next door but, while she was pretty and privileged, she was also really relatable. Lauren was never some Paris Hilton-type who was eager to soak up as much fame as possible without doing anything of note. Instead she has proven herself to be the heiress’ antithesis, as she has turned away from reality TV to focus on growing her fashion and publishing empire. If there is one thing that she really gets, it’s fashion and, we must say, her style has really evolved since her “Laguna Beach” days. Come check it out!

Lauren Conrad attended Jane Magazine’s “Go Naked” Party in a simple black dress with a pair of black pumps. While there is nothing especially remarkable or interesting about the dress, we think she looks really cute in it. We would have preferred if it was more fitted to show off her shape, but we’ll take what we can get. At this point, Conrad had her very own reality TV show, “The Hills,” and she had an internship with Teen Vogue. We are expecting her style to seriously evolve!

The reality TV star donned one of her own designs at the 2007 Teen Choice Awards. She glowed in this strapless teal-colored mini-dress, which featured a bubble hem, with a thin gold belt and matching heels. That night, she took home the award for Choice TV Female Reality/Variety Star for her role in “The Hills.” Considering all of the drama she had endured that season with Heidi Montag and Spencer Pratt, we think she probably deserved a little more than an award!

Lauren Conrad looked like your quintessential California girl in this strapless floor length blue and orange tie-dye silk maxi dress that she designed herself specifically for the 2008 Teen Choice Awards. She paired the dress with a taupe colored belt, which gave it some much-needed shape. Conrad picked up two awards that night – one for Choice TV Female Reality/Variety Star and the other for Choice TV Celebrity Reality for her role on “The Hills.”

World Premiere of The Dark Knight – 2008

“The Hills” star donned this figure-hugging Dolce & Gabbana” bustier dress at the world premiere of “The Dark Knight.” We usually don’t see Lauren Conrad looking this sexy at events. She mormally goes for a more understated look on the red carpet. 2008 was a good year for our favorite reality TV star. She became a bona fide fashion designer after she debuted her clothing line at L.A. Fashion week.

Lauren Conrad switched things up for the 2009 MTV Movie Awards with this red, rose-printed, bubble-skirted dress by Moschino, which she wore with black strappy sandals. This dress definitely looks as though it is outside her comfort zone, which is good – as a fashion designer, she really should take calculated risks like this. In 2009, Conrad ventured into the teen lit world by releasing her first book, “L.A. Candy.” It was a big success, topping the bestsellers list.

The budding writer looked stunning in this white lace short-sleeved Notte by Marchesa dress that she wore to the book signing for her novel “Sugar and Spice.” She paired the dress with taupe-colored Aldo heels and a silver hair accessory. We love everything about this dress. It is easily one of our favorite looks on her so far. Around this time, Conrad was looking to go back to reality television with a series that focused on her growing fashion empire. Unfortunately, MTV thought it was a bit too highbrow for their audience.

Lauren Conrad walked the red carpet at the Skyrim Official Launch Party in these faux leather leggings from her Paper Crown line, which she matched with a beige silk shirt, a cream colored blazer and black pumps. We love the olive-colored clutch she accessorized with – it is such a nice contrast. This outfit is super cute. We love how her style is evolving and how at each event she continues to surprise us with her great taste in clothing and accessories.

The former “Laguna Beach” star showed up at Us Weekly’s Hot Hollywood Style Party looking gorgeous. She wore a beige silk blouse with a flared navy skirt from her Paper Crown line with nude Christian Louboutin’s and a beige Chanel purse. This look is pretty glam and definitely different from what we usually see her in. Lauren Conrad is full of surprises and we can’t wait to see what she wears next.

The fashion designer wore a strapless floor-length gown with an ivory lace bustier top and a black lace maxi skirt from her Paper Crown line to the Susan G. Komen “Designs for the Cure” Gala. We think this is one of her most elegant looks. In 2012, Lauren Conrad released a follow up to her 2010 style book, “Lauren Conrad Beauty.” In addition, she released yet another book – the second installment in her “Fame Game” series, “Starstruck.”

Lauren Conrad looked nice and chic at the Fifth-Annual Veuve Clicquot Polo Classic. She wore this flower print blouse with a navy blue flared mini-skirt, which we assume are from her Paper Crown line. She attended the event with her newlywed husband William Tell and she made sure to show off her wedding band. Conrad is certainly stylish and we are personally really excited to see her expand her fashion empire.