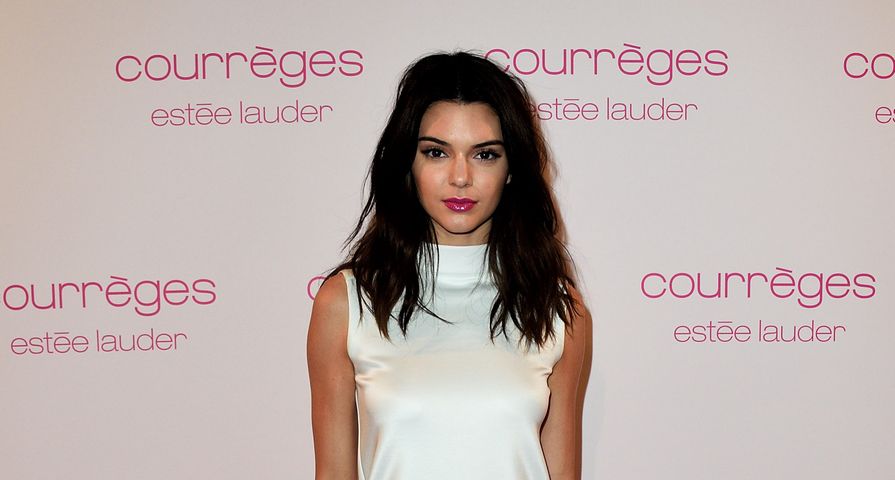 Kendall Jenner is the real star in the Kardashian-Jenner family. She is more beautiful than any of her sisters and she is easily the most talented. Before her, the modeling world was getting a bit stale, but not anymore. She is the next big thing. We have been paying attention to Kendall for a while now. We have watched her grow up thanks to her family’s hit reality TV show “Keeping Up with the Kardashians,” so we’ve seen her go from being an awkward adolescent to a bona fide model. Since she is obviously headed for big things fashion-wise, join us as we take a look at Kendall Jenner’s fashion evolution!

Kendall Jenner attended the ESPY Awards in this short white-tiered dress with silver strappy heels. We think she looks pretty cute. Unlike her older sisters, she likes to go for a more understated look. She knows better than to give it all away.

It was around this time that Jenner first began modeling. This was documented on the family’s reality TV show “Keeping Up with the Kardashians.” She signed with Wilhelmina Models and her career immediately took off, which made her little sister Kylie a bit jealous. Kendall’s first gigs were rather innocent; however, a year into her modeling career, she was already doing some pretty provocative bikini shoots, which raised a lot of concern. According to her, her parents were completely supportive. “My entire family was very supportive, though my dad [Bruce Jenner] was a bit concerned at first, he knows that I am responsible enough that I wouldn’t do anything I wasn’t ready to do, or didn’t want to do,” she said.

The young reality TV star showed up at the premiere of “Burlesque” wearing this skin-tight black and white mini-dress with black pumps. This dress is pretty mature for a 15-year-old; however, we’re sure Kris Jenner was completely okay with that. She will do anything to keep the public interested in her family and their reality TV show – even at the expense of her teenage daughters.

Even though Kendall Jenner’s older sisters were the main focus of the family’s reality TV show, there was some talk around this time of there being a spin-off featuring the two young Jenner sisters. Kris confirmed this to E! Online. “Well, they have to get good grades,” she said. “They have to show me that they can handle their own show and then we have to talk Ryan [Seacrest] into it.” Thankfully this never came to fruition. Something tells us that it would not have been good for Kendall’s modeling career.

Kendall Jenner looked super cute at the 8th Annual Teen Vogue Young Hollywood Party. She rocked an Alice + Olivia blouse with a bright green H&M skirt and a black belt. She accessorized with a pair of black casual-looking sneakers.

Even though Kendall was still in high school at this point, it was obvious that her heart wasn’t really in it. She made it clear early on that she wasn’t interested in attending college after graduation and that she was more interested in pursuing a career in modeling. “I’m not really thinking about college right now,” Jenner told People magazine. “If my career, like, blows up and gets really big, [modeling] is what I would do.” Unlike most people her age, she never needed college or even high school for that matter. She practically walked into a modeling career. If she wasn’t Kendall Jenner, she might never have had many of the opportunities that have fallen into her lap.

The young model wore a tight black and white printed mini-dress to the Kardashian Kollection Launch Party with a pair of wedge heels. She was easily the best dressed there; however, that it isn’t hard given how her half-sisters typically dress.

It was around this time that Kendall Jenner and her younger sister Kylie stopped attending high school to focus on their budding careers. They were still going to finish school though – with the help of a tutor. It doesn’t sound like education was a priority in the Jenner household. Kris had said that she had no interest it when she was growing up and Bruce told UsWeekly that his youngest daughters will probably skip college altogether. “If they want to go to college, certainly, I think it’s a good idea,” he said. “But I’m not the advocate of, ‘You’ve got to go to college.’ I think by the time they graduate from high school, they will probably be in a position to go right to working.”

Kendall Jenner looked absolutely stunning at the premiere of “The Hunger Games.” She donned this black and white sleeveless Azzedine Alaia mini-dress that she borrowed from her older sister, Kim Kardashian. We personally can’t imagine Kim wearing this – it looks like it was made for Kendall!

At this point, her career was really taking off. In an interview with Glamour Magazine, she and her younger sister Kylie talked about how much their lives have changed since she first rose to fame on her family’s reality TV show. “We appreciate everything that we have, but we don’t remember what it’s like to be normal kids who aren’t harassed by the paparazzi. I hate that. We’re underage girls. I don’t want to be followed by random men I don’t know. It can also be hard to deal with other kids who are jealous or mean. I can’t post a picture on Instagram without being criticized,” Kendall said.

At the 2013 American Music Awards, the reality TV show star turned model wore this white Keepsake top and skirt, which featured cutouts, with a nude pair of Manolo Blahnik heels and a Dylanlex Falkor necklace. We think she looks really pretty; however, we really wish that she wasn’t slouching – it so unbecoming, especially for a model.

Even though Kendall Jenner had an enviable modeling career at this point, she didn’t feel like she was being taken very seriously as a model. “One hundred percent. I don’t think some people take me very seriously. When I started off, I was way more of a personality in modeling and it wasn’t like, what I wanted to be exactly. I want to be more high fashion; I want to be more editorial, but hopefully I’ll just prove myself. Chanel and Dolce & Gabbana. All those big ones are my ultimate dream,” she told V Magazine.

Kendall Jenner attended the 2014 Billboard Music Awards wearing an Olcay Gulsen Spring 2014 jumpsuit, which featured a cutaway white halter-top and shiny dark blue metallic capri pants. Not many women could pull an outfit like this off; however, Kendall has the sort of figure that can look good in almost anything.

While she looked really beautiful at the awards show, Kendall ended up flubbing her lines that evening when she introduced 5 Seconds of Summer. She almost said One Direction instead. She laughed it off, claiming that she’s “the worst reader.” It is a bit funny that she almost called 5 Seconds of Summer One Direction because several months earlier there were rumors that she was hooking up with a member of that boy band, Harry Styles. They were spotted on a few dates; however, nothing came of it. Maybe she was still thinking about him at the Billboard Music Awards?

While for us it may seem like Kendall Jenner is finally an adult, she feels like she was forced to grow up a long time ago. “I feel like I grew up too fast a long time ago. Having older siblings, you grow up around adults, so you mature more quickly. I saw my sisters and parents working every day, so I was pretty much brought up to be a workaholic. But I just turned 19 a couple weeks ago, and I’m scared to be 20 – it’s the first step out of being a teenager. My sister Khloe always says to me and my younger sister, Kylie: You have your whole life to be an adult but only so long to be a kid. And we get it,” she said.

Kendall Jenner rocked a white mini-dress with a pair of matching heels at the Coureges X Estee Lauder Dinner Party. She looks nice, but the dress is really nothing to write home about. Now that she’s a bona fide supermodel, she really needs to start taking more risks when it comes to fashion.

Rumor has it that Kendall is no longer interested in having her mother manage her career. She is reportedly tired of mother’s controlling ways and is looking to hire a professional management team. Considering that she’s also dropped her last name for her modeling career, it would make sense that she also fire her mother, although we’re not sure how well Kris would take that. She’s made a killing from her children’s careers and Kendall’s is definitely going to be the most lucrative. She’s not only the new face of Estee Lauder – she’s also the new face of Calvin Klein. Her career is really only headed in one direction and that is up.