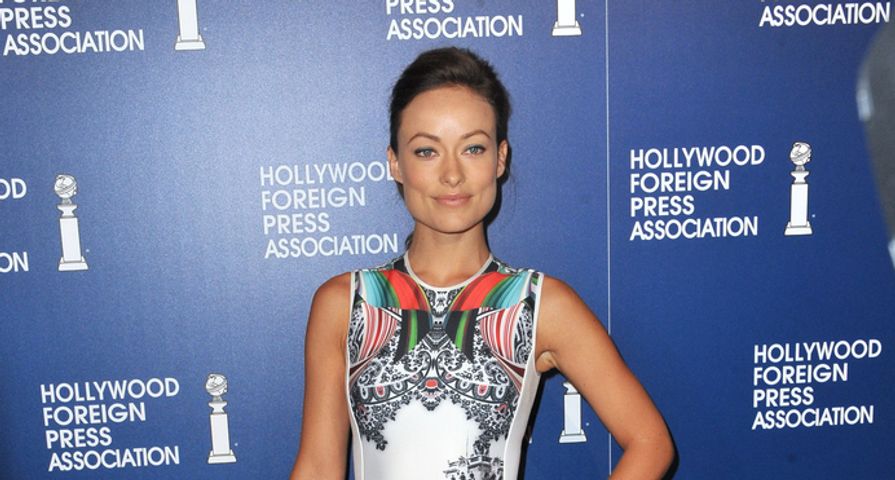 It’s hard not to love Olivia Wilde. She is incredibly funny, beautiful, fashionable and unpretentious. She has been around Hollywood in some capacity since 2003 and, because of that, we have been able to watch her grow as an actress and as an up and coming style icon. Wilde has always had a great physique but, for a while, she didn’t seem sure of how to style herself, like many young stars who are new to Hollywood. Over time, however, she has learned to do that and more. Since we love Wilde and her sense of style so much, we have created a slideshow of her fashion evolution – enjoy!

Olivia Wilde showed up at the Teen Choice Awards in 2003 wearing a simple black dress. She was totally unknown at this point. She landed her first professional role as the daughter of a pornographer involved in a star-crossed affair on the Fox series “Skin,” but it was canceled after three episodes. Her next role was in “The O.C.” as Mischa Barton’s bisexual love interest. Even though Wilde initially auditioned for the role of Marissa Cooper, her guest spot on the show put her name on the map.

The “Cowboys & Aliens” star wore a dress with a plunging neckline and metallic pattern to the 12th Annual Race to Erase MS Gala. Her career hadn’t taken off at this point. She had a role guest starring role on “The O.C.” and a small role “Conversations with Other Women” with Aaron Eckhart and Helena Bonham Carter but, at this point, she wasn’t the star she is now. It would take another few years for her to achieve mainstream recognition.

Olivia Wilde looked like a different person at the Spike TV Scream Awards. She decided to go for a more natural look by dying her hair brown and we must say – brown hair certainly suits her more than blonde. The dress is cute and definitely kind of retro. The clutch works perfectly with the outfit, but the shoes are all wrong – they look way too clunky and the color is all off. A simple pair of gold heels or flats would have been much better.

“The Change Up” star sparkled at the 59th Primetime Emmy Awards. She wore a nude tulle Zuhair Murad couture gown with a Daniel Swarovski clutch and Mikimoto earrings. She hadn’t really gone for many sophisticated looks at this point, but this one definitely works on her. Wilde also got her big break in 2007. She landed a role on the medical drama “House” as Dr. Remy “Thirteen” Hadle, a reckless physician who, like her character on “The O.C.,” also happens to be bisexual.

Olivia looked regal at the 2008 Teen Choice Awards. She wore a BCBG Max Azria draped and ruffled ivory dress with a grey belt, a gold clutch and peep-toe heels. She was already establishing herself as one of the more fashionable up and coming actresses in Hollywood. With her amazing facial structure and killer body, she can look good in anything – but she is finally starting to understand what works on her body and what doesn’t.

The “House” star showed up at the 61st Primetime Emmy Awards looking like she just stepped off of a runway. She wore a stunning Marchesa dress from the Spring 2010 collection with Kwiat jewels, Jimmy Choo shoes and a Marchesa clutch. Wilde was proving to be one of the hottest young stars on the carpet and her career was also starting to take off. In 2009, she topped Maxim’s Hot 100 list; she had a lead role on “House;” and she appeared in the comedy film “Year One.”

Wilde looked lovely at the 2010 People’s Choice Awards in a Monique Lhullier dress with diamond Fleurette ear studs and a diamond line bracelet. Even though she didn’t take home any awards, her career was on the rise. She joined the cast of “Tron: Legacy,” the highly anticipated sequel to the cult classic “Tron.” The film raked in over $44 million to take the number one spot at the box office opening weekend.

The “Tron: Legacy” star looked stunning and sophisticated at the screening for “Butter” in this white broiderie anglaise pencil Louis Vuitton dress encased under a sheer peach sleeveless overlay. She accessorized with crack-mirrored crocodile platform pumps, which weren’t the best choice. Considering how delicate the dress looks, a cream colored heel would have been a much better choice; however, we still think she looks exquisite.

Olivia Wilde showed up at the premiere of “Deadfall” wearing a gold embroidered off-white cardigan and matching pencil skirt from L’Wren Scott‘s Spring 2013 collection with bow-fronted Christian Louboutin pumps. It was around this time that she decided to leave “House” to focus on her film career. She returned to the series in 2012 for the final two episodes and spent the remainder of the year focusing on movies.

The “In Time” actress attended the Hollywood Foreign Press Association’s 2013 Annual Luncheon in a funky Clover Canyon Resort 2014 dress with a Jimmy Choo Rebel suede clutch and Larissa platform sandals. Wilde obviously tried to match her accessories with the tiny bits of green on the dress. We think it would have looked better if she had gone with black accessories instead. The green shoes and clutch take away from the dress.