Home » Entertainment » Celebrities » Things You Might Not Know About Vanessa Hudgens 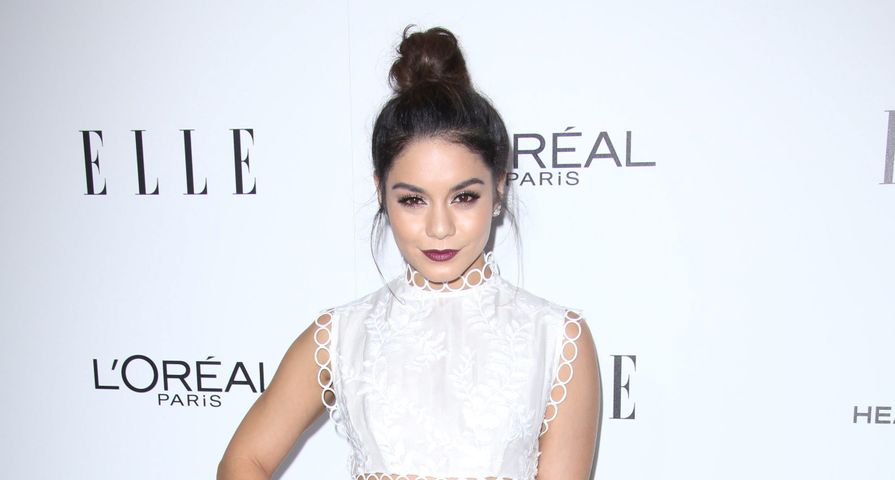 Vanessa Anne Hudgens rose to fame in her role as Gabriella Montez in the High School Musical series. After the release of two albums and hit singles, the actress and singer decided to break away from her Disney star image to focus on a career in movies like Spring Breakers and has since expanded into Broadway and musicals like Gigi and Grease: Live! In honor of her 29th birthday coming up, here’s a look at 10 things you probably didn’t know about Vanessa Hudgens!

Vanessa Hudgens was born in Salinas, California on December 14, 1988, to her parents, Gina and Gregory Hudgens. She has an extremely diverse cultural background as her mother is Filipino, Chinese and Latina and her father was a mix of Irish and American Indian. She grew up with one sibling, a younger sister named Stella Hudgens, who is also an actress.

Hudgens started her career in showbiz as a singer at the age of 8. She began appearing in local productions like Carousel, The Wizard of Oz, Cinderella and The Music Man. Her first gig was an audition for a commercial that she only ended up getting after her friend couldn’t go. She asked Vanessa to take her spot. When she won a spot in a television commercial and began auditioning for more roles, she and her family moved to Los Angeles. Her acting career began taking off at the age of 15 when she landed a few small roles on sitcoms. In 2003 she got a supporting role in the controversial film Thirteen, but it wasn’t until she landed her role in Disney’s High School Musical that she became a household name.

When her family moved to Los Angeles she enrolled in Orange County High School of the Arts, but it wasn’t long before her career started taking off and she needed a more flexible schedule. She only attended the school briefly before she was pulled out by her parents and began homeschooling with tutors. In an interview with MTV, Hudgens talked about how her time on HSM was her only chance at having those “normal” high school experiences like prom. “I was actually homeschooled. [So working on ‘HSM,’] I got to have my fantasy prom and got to wear a cap and gown for the first time and graduate with people I love — the cast — so it’s been amazing,” she said. 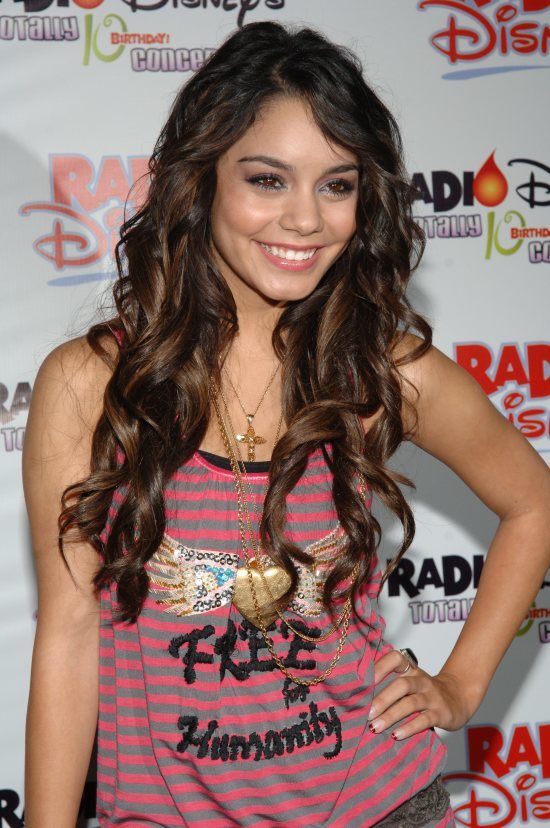 For a long time, Vanessa Hudgens and Zac Efron were the “it” couple. The two met while working on the set of High School Musical and dated for 4 years! Sadly, they broke around Hudgens’ 22nd birthday and Hudgens admits it was hard for her to let go of her first love: “We grew up together. It was nice to have someone to share all of those experiences with. Long-distance relationships are hard no matter what. When you don’t have face-to-face time, it’s just different. Having an iPhone helped, but it just wasn’t the same,” she said in an interview with Shape magazine. After the relationship ended, she opened up about what it was like dating America’s biggest teenage heartthrob and admitted it was extremely difficult. “I went through a phase when I was really mean because I was so fed up. Girls were running after him, and I was giving them death stares. Then I realized that’s not what that’s about. ‘Spread the love, be a good person, they support you, be nice,'” she said. 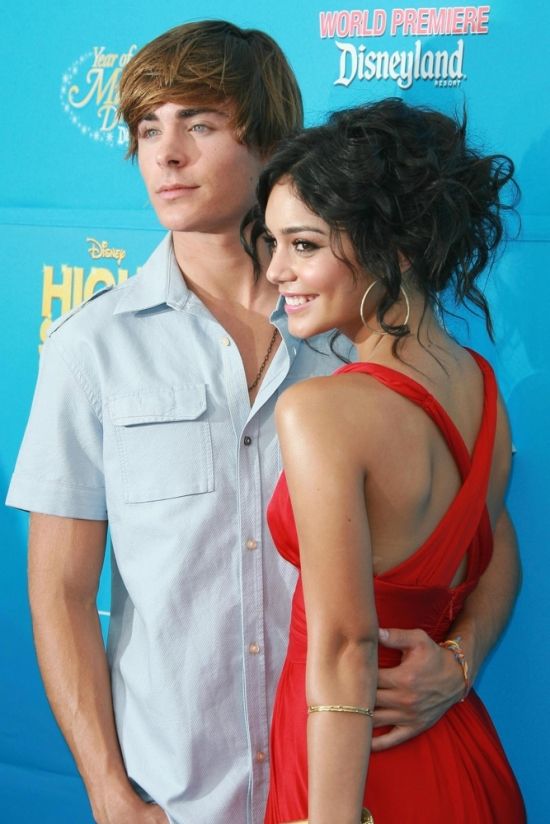 It’s no secret that Hudgens is extremely into fashion, and she totally amps it up while attending music festivals. She’s been deemed the “unofficial Queen of Coachella” because of her flawless festival style and the fact that she’s always front and center at all of the hottest summer festivals. “I love festivals so much. They’re my safe haven. It’s just the one time that it’s socially acceptable to dress like a crazy person,” she said in an interview with Marie Claire. But recently she’s changed her tune and told ET that she no longer enjoys going because now everyone knows she’ll be there and so she doesn’t get any privacy. “It’s just hard now because everyone knows that I go. I love going to festivals to disappear, and I can’t really do that at Coachella anymore. So, if I get artist passes for me and my friends then I’ll definitely go, but it’s a different experience now,” she said. Sounds like the flower crown is up for grabs!

5. Lived in a Shelter

While preparing for her role in the grimy film, Gimme Shelter, Vanessa Hudgens fully immersed herself in the role by chopping off all of her hair, gaining 15 pounds and living in a shelter for teen moms for two weeks. While living there she talked with other women staying at the shelter and even met the woman who inspired her Apple character. “Everybody was pretty private for the most part. I was the one prying into their lives,” she said in an interview with Flare. In a separate interview, she said living there was incredibly humbling because no one cared that she was a celebrity or wanted to ask her questions about herself — she got to meet “real people dealing with real-life problems.”

If she hadn’t landed her coveted spot on the High School Musical series, she said her original plan was to audition for American Idol. “I love singing and I thought that to get a chance to do [American Idol] would have been amazing. The only way I thought that I would be able to get myself out there would be on American Idol. But I was 15 at the time when I said that I wanted to do it and you had to be 16 to audition,” she said in an interview with Australia’s Daily Telegraph. “When I turned 16, High School Musical came along and I got to do it. So I thought I’d skip on American Idol.” Good call, Hudgens! 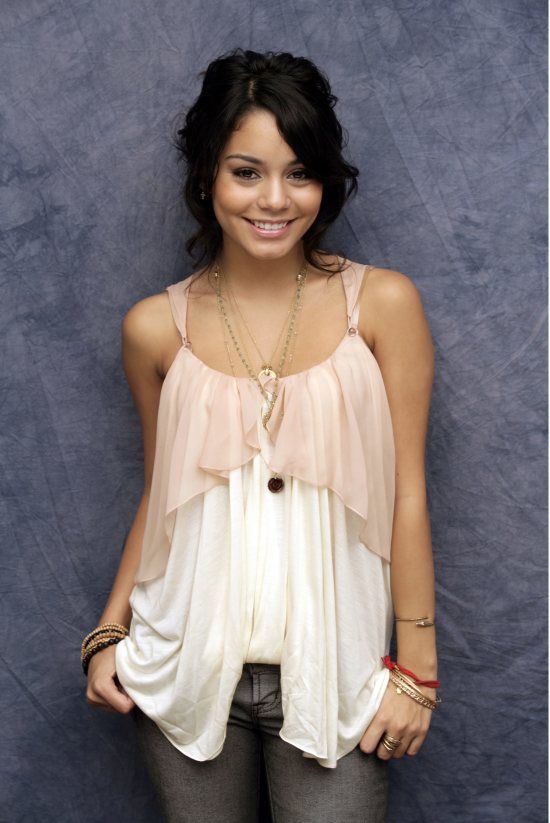 It doesn’t happen often, but Hudgen’s isn’t the first celebrity to fall victim to leaked photos. In 2007, nude photos of the Disney star surfaced online. She was only 18-years-old when the scandal erupted and her publicist was quick to issue a statement to say the photos were taken in a private context and released without her permission. Hudgens later confronted the issue herself and said she was “embarrassed over the situation” and regretted taking the photos in the first place. She was still a Disney star at the time working on High School Musical 3, so she was forced to issue a public apology in order to keep her role in the project. “With the Internet these days, you don’t have a personal life. Nothing is private: Everyone knows everything, and they can find out everything about you. You’re not as safe as you think you are, and you have to be aware of the people you’re around,” she said. 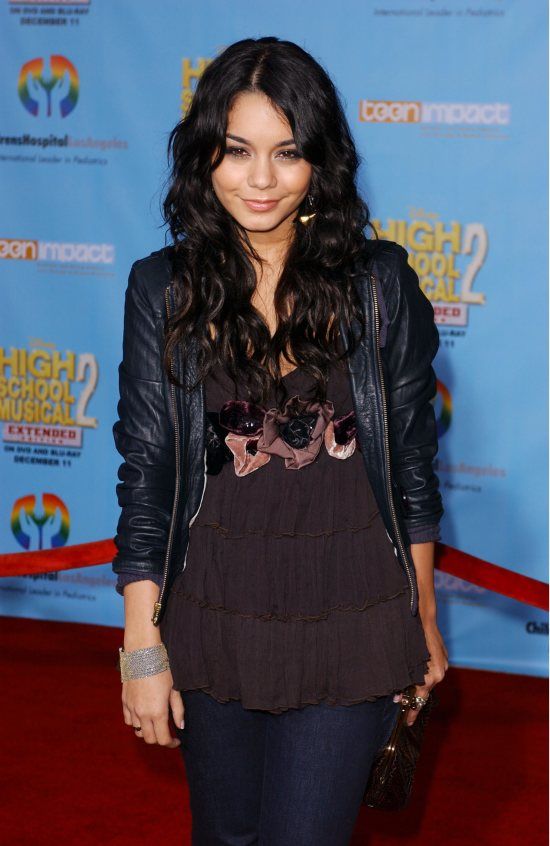 Hudgens and her long-time boyfriend, Austin Butler, caught a lot of flack from fans and authorities when she posted a now-deleted picture to Instagram of their name carved into a red rock wall in the Coconino National Forest. The photo caught the attention of Forest Service officials and the 27-year-old actress was issued a citation on a misdemeanor count of damaging a natural feature on protected land. Hudgens admitted to the vandalizing the rock and told authorities where to find it. She then was ordered to pay $1,000 and the money was used by a volunteer group called Friends of the Forest to restore the rock wall. She never released a statement about the incident.

When Vanessa Hudgens starred in the Grease: Live show in January 2016 it was bittersweet. She delivered an absolutely flawless performance, but at the same time, just hours before her performance she announced her father had died the night before. Hudgens tweeted: “I am so sad to say that last night my daddy, Greg passed away from stage 4 cancer. Thank you to everyone who kept him in your prayers.” She followed it up with, “Tonight, I do the show in his honor.” Hudgens is no stranger to cancer. Her boyfriend, Austin Butler had just lost his mother to cancer, when her father was diagnosed with stage four cancer. “It felt like it was some mean joke…Every day I came to work, they all hugged me, checked in on me, made sure I was doing okay. My dad passed away the night before my show, and it was shocking. I knew that it was coming, but nothing can prepare you for losing a parent,” she said later in an interview with People.