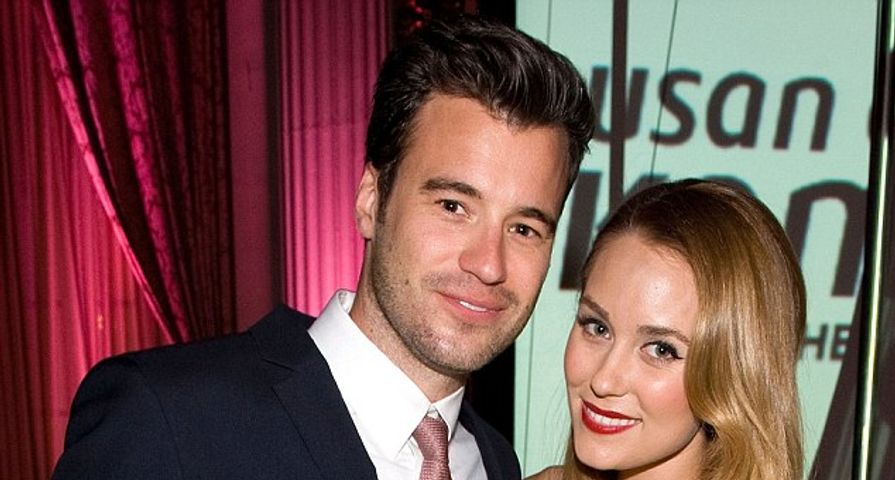 Former Laguna Beach and The Hills star Lauren Conrad has now turned her reality TV fame into a fashion empire. Along the road to building up an impressive career, she’s also had some pretty exciting personal milestones as well! She met and married fellow Orange County native, William Tell, who now works as an entertainment lawyer, and the two had their first child together this year! After living so much of her life in front of the camera, Conrad’s been pretty private with her personal life, but in celebration of the happy couple, we’ve done some digging and found 10 things you probably didn’t know about Lauren Conrad and William Tell’s relationship!

Their first date sounds like something straight out of a fairy tale love story. They first started dating after being set up by mutual friends on a blind date back in 2012. He was a musician-turned-law student at USC Gould School of Law and Conrad was busy building up her LC Lauren Conrad fashion line. Their relationship moved quickly as they were engaged by October 2013 and married almost exactly a year later. In a blog post on her website, Conrad revealed their first date wasn’t actually the first time they met. She was once a fan in the audience at one of his concerts! “I met my husband when I was 16 and sitting onstage at one of his concerts. 10 years later we were set up on a blind date.” Conrad is referring to when Tell was a guitarist and singer for the band Something Corporate.

9. Opened her up to Marriage

Fans of The Hills watched as Conrad not only worked hard to break into the fashion industry, but also as she tried to find a stable man in her life. Before she settled down with William Tell, Conrad had a few serious relationships (some of which were even seen on TV). She dated bad boy Jason Wahler, baseball pro Doug Reinhardt and actor Kyle Howard, but Conrad revealed Tell was the only one she actually considered marrying. Prior to meeting him, she told Redbook she was “never a person who was obsessed with the idea of marriage.”

8. The One Thing That Bugs Her

Even though her website and social media make these two look like the perfect couple, which they are in a lot of ways, they aren’t totally immune to human flaws! Like many other people, Conrad and Tell have their little annoyances with each other — luckily they are very minuscule! Conrad said the one thing that bugs her about Tell is that because of his background in law, he ruins one of her favorite shows! “I watch The Good Wife with him, and he’s like ‘That’s incorrect. You would actually do this…’ It’s a nightmare!” she joked.

Lauren Conrad and William Tell have now been married for three years, but back in 2014 at the 10th Annual Women’s Rights Awards, Conrad opened up to Us Weekly about her first year of marriage, which aside from becoming a family unit, not much changed! “I think it’s really different for everybody. For us it makes you officially family, which is really great, but as far as our relationship, we were really committed before, so it didn’t change a ton,” she said. “My favorite thing about being married is knowing that I have a partner for life that I get to do so many wonderful things with. Dreaming of the things we will do 20 years from now is so fun,” she said in a separate interview.

The cute couple got engaged in October 2013, a month after moving in together. In an interview with Cosmopolitan, Conrad described how her beau proposed and it sounded super romantic! He first asked her parents for her hand and then one night while she was getting ready to go for dinner, he filled their home with candles and twinkly lights. “I had no idea it was coming. I thought he would wait until he finished law school,” she said. When it came to her engagement ring, he picked it out all by himself! He chose a two-carat round cut, solitaire set in rose gold. “He didn’t even ask my friends, which was a bold move. He said, ‘I know you, and I know what you like.’ And I love it. It’s perfect”

In an interview with Cosmopolitan, Conrad gushed about how Tell is such a ‘nice guy’: “William hates it when I say this, but he really is a very nice guy, and when you meet a nice guy who also manages to keep your interest, that is the dream. If you’re going to settle down, it should be with someone you can’t stop thinking about,” she said. Another big sell about him? She didn’t have to explain her reality TV career to him. “It’s the first time I’m with someone and I’m not explaining things. He also has experience in the entertainment industry, so he understands a lot of things that people don’t always get,” she told People.

Conrad’s answer to this question was similar to what many people say about marriage — the hardest part is compromise. “You always want to be considerate of each other. It’s not just about you anymore,” she said in a 2015 blog post. She gave a great example of this compromise in an interview with Redbook. As many of her fans know, Lauren Conrad loves to be the hostess with the mostest, but that had to change slightly when she married Tell. “Now that I’m throwing parties with my husband, William, I have to keep in mind that he prefers — how do I say this — easier themes than what I’ve done in the past. He doesn’t like to feel that he’s asking friends to go out of their way. So now we do a birthday hoedown because everyone owns a pair of cutoffs and a plaid shirt. I’m learning how to compromise!” joked Conrad to Redbook.

Conrad and Tell decided to move in together in September 2013, nearly a year and a half after they started dating and a month before they got engaged. It turns out they both had something they had to get used to when it came to combining their things in one space. For Conrad it was Tell’s extensive collection of guitars, whereas he couldn’t wrap his head around her teacup collection. “I have a collection of teacups I display in my dining room. My husband doesn’t get why I love them so much. To be fair, I don’t share his passion for guitars. I mean, I guess I can understand why he might not see the beauty in a gorgeous, hand-painted teacup. We each have our own things, and that’s healthy,” she said.

On New Years Eve Day Conrad shared some exciting news with her Instagram followers — she and Tell are going to be parents! On July 5, 2017, they welcomed their first child, son Liam, into the world. He was 6 lbs., 14 oz. In a 2015 Q&A blog post, she was asked how many children they want and she answered, “Maybe two. That way we aren’t outnumbered.”

Both Conrad and Tell have very demanding careers, so when it comes down to date nights and spending time together, they either choose to stay-in and host friends, or select a date night. “It’s just like any other couple with full-time jobs. You make a date night and you have weekends, hopefully. Not [all] weekends, but some weekends. I’m really fortunate in that I get to do things that I love, so it doesn’t feel like work. I think if you’re doing something you love, it’s not a lot. You’re excited every day. We haven’t been to a club together in a very, very long time. If ever. We probably entertain more than we go out, to be honest,” she said.