Young And The Restless Couples That Annoyed Fans 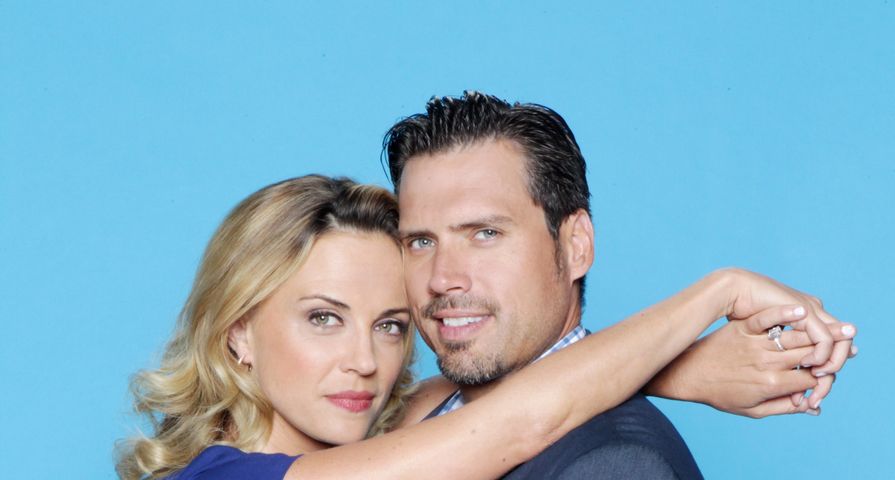 The Young and the Restless (Y&R) has seen its fair share of incredible super couples over the years. From Nikki and Victor to Lauren and Michael, without forgetting super couples of the past like Cricket and Danny, fans have enjoyed watching sparks fly and romance unfold in Genoa City for well over forty years now. Taking the good with the bad, audiences have also had to suffer through the trials and tribulations of some pretty annoying couples throughout the show’s history. As such, below is an overview Y&R couples that have annoyed fans the most.

Jack Abbott has treated Nikki Newman better over the years than her hubby Victor; however, whenever these two enter a relationship, Y&R fans know all too well that it won’t last. The most annoying part of this couple is that Jack’s heart is in for the long haul, while it is expected for Nikki to bolt back to Victor when the Moustache hollers.

It’s undeniable: the Philly coupling had a ton of chemistry in the bedroom. Having said that, the fact that they hooked up while Phyllis was with Billy’s brother left a very bad taste for most Y&R fans. If all a couple has is sparks between the sheets, it’s time to move on to the next. Besides, Billy makes a much better pairing with Victoria Newman.

It’s nice to see more couples representing the LGBT community within the land of daytime drama, and while that’s a solid positive for this duo, a negative one is just how annoying these two can be together at times. It seems like a never-ending circle of Tessa lying or hiding something from Mariah, only for Copeland to forgive her and try and move on. Here’s hoping all that is behind them.

Much like Philly, Adam and Sharon share a great physical connection; however, they’ve always been toxic for each other. More recently, Sharon did help Adam regain his memories when he returned to the land of the living in 2019, but she was of the belief that he could change his ways. It can be highly annoying to see a character continue to make the same mistake over and over again.

Probably the most exciting thing to unravel during Abby and Stitch’s marriage was the storyline around his son’s mental health. Which is sad, on so many levels. Stitch and Abby were annoying together because they lacked chemistry; something he shared more of with Abby’s mom Ashley and her sister Victoria.

Poor Abby can’t catch a break at love in the land of Genoa City! Things didn’t work out with Stitch, or Arturo, or even Nate. Once again, as much as both Abby and Nate tried, there was no amazing spark between the good doctor and the billion-dollar princess. Here’s hoping Abby finds her prince charming … one day!

It was a short romance, but an awkward one, nonetheless. Perhaps Kerry being with Jack was so annoying because, in the end, it was a ploy executed by his sister Ashley to bring down Jabot. Maybe it was a “too fast, too soon” scenario that turned fans off. Either way, they lacked chemistry and were uber annoying together.

What seems like a lifetime ago, Nikki and Deacon were actually a “thing” in Genoa City. Deacon was working on a scheme to split her and Victor apart, and he almost succeeded. Most annoying of all was how Nikki fell for Deacon’s lies, and how she couldn’t see the most obvious staring right in front of her when it came to this romance.

In and around 2012, besties Paul and Nina decided to kickstart their friendship a notch or two by diving into a romance. It was annoying on so many different levels. They didn’t make a good fit; the relationship seemed force; and there was really no spark. Plus, it was not only annoying, it was awkward as heck!

Some fans absolutely love them together, and then there’s a slue of fans who can’t stand seeing Nick and Sharon together, and find their romance and reunions absolutely irritating. What’s more annoying than their relationship(s)? The fact that they break up over the same thing every time: lack of communication and lies!

Sage originally flew into Genoa City with Adam Newman (pretending to be her dead husband, Gabe Bingham, of course), and somehow along the way, fell for his brother Nick. Ironically enough, while they met when Sage saved Nick from a bear trap, it was Nick’s need to be the hero in a relationship (Sharon anyone?) that solidified their romance. With that being said, Nick and Sage were far from the steamier romances on the show, and the two just never seemed right for each other.

It’s hard to believe that this couple called it splits, as for years and years, Cane and Lily Ashby had been annoying Y&R audiences worldwide with their overly perfect and sickly-sweet love affair. While fans were all happy to see Lily overcome cancer and move on to have two beautiful babies with the Australian hunk Cane, everything else in between (from their love scenes to silly spats, and reconciliations) have been annoying. For a while there, it seemed that nothing could break these two up – whether it was Cane’s constant lying about his past, both having affairs, and so much more. While there’s no guarantee they won’t reconnect, in some ways it’s nice that these two are taking a break. No more annoying references to Paris!