Home » Entertainment » TV » Young And The Restless: Plot Holes Fans May Have Missed 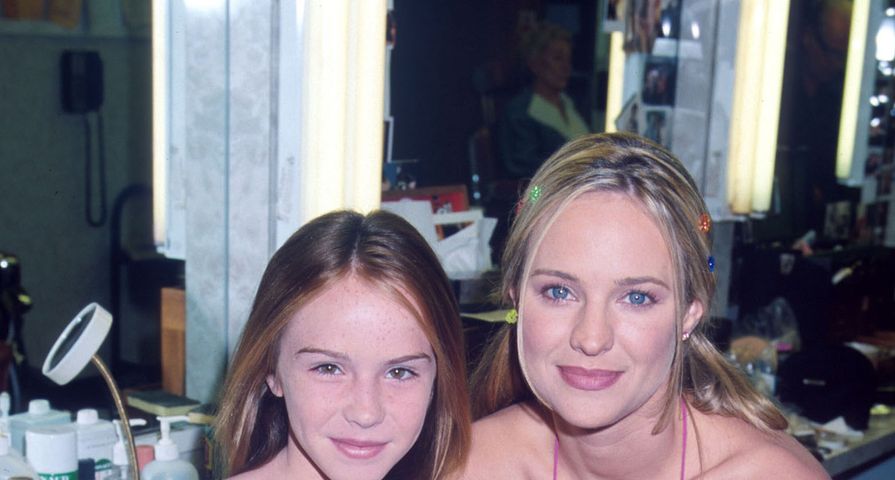 Soap opera enthusiasts recognize that really anything can happen in the world of daytime drama. Characters pass on and come back to life; babies get swapped; and illegitimate children pop out of nowhere. But when do over-the-top storylines become a little too over-the-top? Sure, there are times when even the most unbelievable storyline can pass, thanks to incredible acting and writing; however, there are also times when soap opera fans roll their eyes, and simply must try to ignore the holes in a storyline plot twist, all in the name of entertainment. Plot holes are a way of life in soaps at times, and Genoa City is no exception to this rule. Below are some major plot holes on The Young and the Restless (Y&R) that fans may have missed.

While everyone knew that Katherine Chancellor had a doppelganger of her own in Marge Cotroke, when a body was found after a car crash in 2008, the town just assumed it was Kay. Placing things into perspective, with Chancellor a multi-millionaire and one of the most respected (and powerful) citizens in Genoa City, one would think that some sort of procedure would have been conducted to ensure the real Kay had passed away. Thankfully, the truth (eventually) came out.

Dina Mergeron lived quite a life in her heyday, and the beauty of her return is that she’s been able to offer some peace and closure to her children while also creating solid relationships with her offspring and grandchildren. Having said that, how many skeletons does this woman have her in her closet? While viewers have known for years now that Ashley wasn’t really an Abbott, the fact that Jack wasn’t (at one point in time) was mindboggling. More recently, her illegitimate child storyline has given Theo Vanderway roots in Genoa City, but how much more has Dina done in her past without anyone knowing? It’s just way too much at this point. Plus, how does anyone in this little town even trust DNA tests with all the botches that have fallen down the pipe over the years?

Actresses Kimberlin Brown (Sheila Carter) and Michelle Stafford (Phyllis Summers) look nothing alike. They don’t even really have the same bone structure, aren’t the same height, and certainly don’t have similar figures. So, how was it even remotely believable that Sheila had plastic surgery to look like Phyllis in an attempt to torture Lauren way back in 2006?

Y&R fans really do love Adam Newman. Well, maybe it is that audiences love to hate him. He is a very complex character. While he does terrible things, he certainly does make Genoa City a very interesting place when he’s around! With that said, perhaps viewers washed away the ridiculousness around his returns, both in 2014 and 2019, simply because it meant that Adam was back. Both times he had passed on and both times he miraculously ended up being very much alive. Is this man a cat? #AdamHasNineLives

While the storyline was interesting, with plenty of plot twists, J.T. Hellstrom’s return in 2017 and subsequent passing in 2018, only to wind up alive in 2019, had plenty of plot holes. First and foremost, what was up with Hellstrom’s attitude change upon his return? His violent tendencies came out of the blue. Then, for the ladies to presume his passing and bury him alive was completely over-the-top. Add the fact that he managed to escape from under six feet of dirt, spy on the ladies for months, and set up surveillance at the ranch without the Newmans knowing? This is one of the richest families in town, not to mention supposedly internationally known! Wouldn’t a family of this caliber have tighter security to help prevent random strangers stalking them? Oh, the plot holes! But, it still made for some incredible daytime drama!

Abby Newman is the apple of her father’s eye, but the very idea of how she came to be is unbelievable. The fact that Ashley stole sperm from Victor, with the help of Diane of course, only to inseminate it on her own is far-fetched! The fact that said sperm ended up fertilizing her egg when all was said and done can make any normal soap fan roll their eyes. But, without the outlandish storyline, Abby wouldn’t be around, so perhaps it was all worth it!

Overall, soap opera rapid aging syndrome (SORAS) is a plague that can overtake all daytime dramas. One day, a child can be playing with dolls, and the next day they are a teenager. Mere months later, they are back from boarding school ready to dive into the land of corporate cosmetics. However, it’s hard not to point out that Noah Newman was actually a teenager when his aunt Abby was born. Billy and Vicky make a great super couple, but are actually 11 years apart, despite the fact that they seem like they are pretty much the same age. Faith and Summer were only born three years apart, and while Mariah was born in the early ‘90s, she’s somehow (in and around) the same age as Summer who was born in 2006.

Sharon has been in a ton of baby swap storylines within the Y&R, and two of them deserve one spot on this list simply because they are literally the same storyline — with Sharon being the mom who loses her rightful baby in one scenario and then being the mom who gets the wrong baby in the other. In 2009, Sharon was a little off her rocker and expecting a baby girl. After desperately trying to figure out the father (there were three candidates at that time in Jack, Billy, and Nick), and going through quite an ordeal to keep her sanity in check, she checked into Fairview. Meanwhile, there was Ashley Abbott, who wasn’t expecting, but thought that she was. Interestingly enough, Ash was a little off her rocker as well. Adam would step in, deliver Faith, and hand the baby over to Ashley, who also happened to be in the same facility! What are the chances? A mere six years later, Sharon would go through the same ordeal, except this time she was the one who was not expecting (but thought she was). Sharon would give “birth” at Fairview again and take home Nick and Sage’s son. Sharon has had other children, so she must have known that she had not just given birth. Also, the child’s above-average weight should have been a clue since the baby was early.

Speaking of Sharon, millions of women all over the world give birth daily and can clearly recall every precious moment. Sadly, despite the fact that Sharon has had three kids, she can’t seem to recall the events that took place during two births. Faith’s birth aside, when Mariah turned out to be Sharon’s long-lost daughter and Cassie’s evil twin in 2014, many Y&R fans raised an eyebrow. First and foremost, how does one not recall a second child during birth? Surely, there had to be an indication of some sort that she may be having twins while she was expecting! Cassie’s birth weight also had to have been a bit underweight, as twins generally are. Did she go into labor some weeks earlier? How was Sharon so in the dark?

Fans watched Phillip Chancellor III pass away due to a drunk driving accident in the late ‘80s. All was well and good until Katherine Chancellor had a bad dream and then developed a conscience. Sylvia Brown, as a ghost, revealed that Kay had switched Jill’s baby many years ago. It’s important to note that a séance brought Phillip’s spirit back. Still with us? J.T. was then hired to find Jill’s real baby, and Cane burst onto the Genoa City scene. The women swooned; Jill bonded with her new son; hearts were broken; and Chloe Mitchell tried to snag the handsome new Chancellor. While Chloe was expecting with Delia, she told everyone Cane was the father, even though it was his (then) half-brother’s baby, Billy. Cane went along with this, dropped Lilly like a bad habit, and ran to Chloe’s side. Years later it turned out that Phillip was not dead, and that Cane was not Jill’s real son; he was in fact simply Cane, the son of an Australian mobster. How Lily forgave Cane and went back to him is beyond comprehension.

Speaking of Jill and Kay, these two women had a tremendous love/hate relationship over the years, providing fans with some memorable (and entertaining) scenes. Whether they were against each other or bonding, they shared a unique chemistry on-screen. That’s why the 2007 storyline pitting Jill as Katherine’s daughter was so refreshing, and watching their hate-on turn into a loving mother/daughter relationship was enduring. Except clearly the writers decided to go with a different angle because in 2009 they revealed Kay wasn’t Jill’s mom. As Jill tried to find her roots, it somehow led her to the Fenmores where it was revealed that esteemed Genoa City resident Neil Fenmore was actually Jill’s papa too! While it’s great to see Jill further bonding with others in Genoa City, and that she has a new family to welcome her in with open arms, how is it that Jill still doesn’t know who her real mom is?

It might be a tad believable that a South American drug lord, who just happens to look exactly like Jack Abbott, could easily slip into the life of the real Jack in Genoa City. Maybe he can handle business affairs, run a company, and fool not only his family but an entire community. But when said criminal also fools Jack’s wife (at the time), Phyllis, a smart, sassy, and strong woman, something is up. Interestingly, this drug lord was not able to fool Adam Newman or Marissa. What gives? The whole entire storyline was filled with plot holes and tricking Phyllis in itself is a massive plot hole.