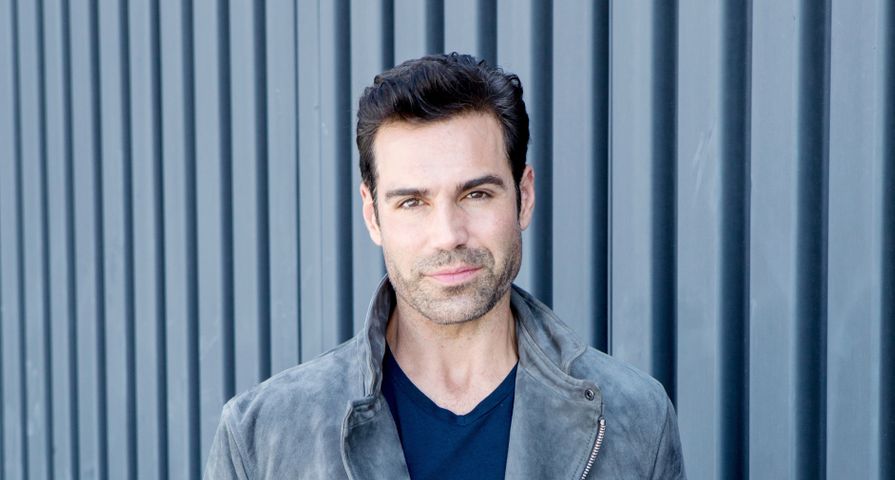 The land of soap operas had many twists and turns in 2018, with plenty of new characters popping up on each show, and new faces attached to older names. As this year comes to close, Fame 10 takes a closer look at some of daytime drama’s biggest breakout stars for 2018.

12. Alice Hunter as Kerry Jones – Young and the Restless

Kerry Jones has stirred up Genoa City in the little time she’s been in town, which lands her on this breakout stars list at number 12. She came in on the coattails of an explosive exit by Ashley Abbott, and has settled in nicely on the Y&R, getting very close (and fast) to new Jabot CEO, Phyllis.

11. Victoria Konefal as Ciara Brady – Days of Our Lives

Vivian Joranni did a pretty good job portraying Ciara Brady as a teenager/young adult, but when actress Victoria Konefal stepped in as her recast, she rocked the land of Salem, adding passion, strength, and Bo-like attitude to the Ciara character. Her chemistry with Ben Weston has Days fans reeling, and audiences can’t wait to see her story continue in 2019.

10. Noemi Gonzalez as Mia Rosales – Young and the Restless

Mia has been in Genoa City for a very short time, but she’s managed to accomplish a few things. She’s placed a nice wedge between Sharon and Rey, and has created another angle within the Rosales family drama storyline. With all that is going on between Rey, Lola, and Arturo, Mia is sure to play an even bigger role within the Y&R come 2019.

The teen scene in Port Charles has certainly gotten so much more dramatic as of late, and Cameron Spencer has a lot to do with this. While the role had many teenaged Cams come along, actor William Lipton has nailed the part since he entered GH in the summer. He’s simply owned the role, and has placed a huge spotlight on Cameron since his arrival.

8. Michael Mealor as Kyle Abbott – Young and the Restless

Speaking of recasts, the role of Kyle Abbott has had its fair share of actors; however, no one has quite portrayed Jack’s son as well as Michael Mealor. The character truly took the forefront this year, involved in multiple storylines that saw Kyle dig up a grave, showcase cut-throat corporate maneuvering, and even win over a few hearts with Summer and Lola. Not only are these two ladies fighting for his attention, but he has Y&R audiences at the edge of their seats wanting more!

7. Sasha Calle as Lola Rosales – Young and the Restless

The chemistry between Lola and Kyle as of late has been a phenomenal watch for Y&R fans, and with Summer now in the mix of things, the show has an interesting love triangle that has hit the forefront of Genoa City storylines. Sasha Calle is a breath of fresh air on the soap, as the Rosales family continues to dominate storylines on the daytime drama.

Not only did he help take down Nelle for the entire Corinthos clan, but there’s also an interesting bromance brewing between Chase and Michael, not to mention this new character has helped fill the gap Dante left within the Port Charles Police Department. Now all Harrison Chase needs is a really good romance to solidify roots within GH, and it seems like that is currently on the horizon.

5. Greg Rikaart as Leo Stark – Days of Our Lives

It was utterly refreshing to see Greg Rikaart back on daytime television this year, shortly after the actor exited from the Y&R. But what was equally riveting was the fact that his character Leo Stark really spiced things up in the land of Salem. While the character did “die” months back, Days fans who may miss Leo and Greg need to gear up for a huge return! According to soap opera spoilers, Stark/Rikaart will be back on the show in late November for an interesting storyline. Will and Sonny better start hiding now!

4. Jason Canela as Arturo Rosales – Young and the Restless

The entire Rosales clan has taken over Genoa City … and this list! Arturo was the first member of the family to establish roots in the town, and he hit GC with a bang, getting involved with both Nikki and Abby Newman. While his relationship with Abby is so much more intense, he’s likely to continue to dominate scene time come 2019 thanks to the mark he’s left this year.

Dawson is a far cry from the previous character Hendrickson played on the Y&R, but Elizabeth and Margaux have knocked it out of the park when it comes to daytime drama. The new district attorney in Port Charles is a strong and confident woman who isn’t intimidated by anyone, which includes mob boss Sonny Corinthos. What lies ahead for Dawson in 2019? More drama and hopefully a little romance!

2. Jordi Vilasuso as Rey Rosales – Young and the Restless

Jordi is no stranger to the soap opera scene; however, he certainly is new when it comes to Genoa City, and has created quite the buzz in 2018. Rey Rosales started off as a huge mystery man when he rolled into town, and while pieces of his puzzle continue to form, there is still a lot that fans don’t know about this handsome police detective. There is no doubt that Rey will continue to be a focal point in Y&R storylines moving forward into 2019 thanks to his impact this year.

1. Tyler Christopher as Stefan O. DiMera – Days of Our Lives

Talk about making a splash! The beauty of this character is that the legacy of evil-brilliance his father Stefano carved continues to live on, thanks to Stefan. There was a huge villain gap in Salem that Tyler Christopher has certainly filled in 2018, and with his rugged good looks and charm, Stefan is certainly his father’s son — he’s a character that Days fans simply love to hate.