Soap Opera Characters Who Will Come Back To Life In 2020 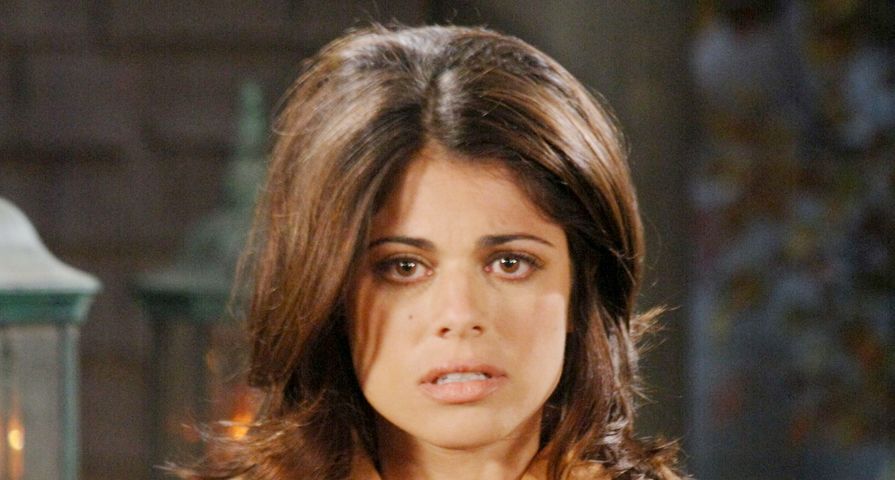 Soap Opera Couples Who Will Get Back Together In 2020

Is any character in the land of daytime drama ever really gone for good? With a slew of returns in 2019, from Days of Our Lives’ Jack Deveraux to General Hospital’s Nikolas Cassadine (and others), these people are living proof (pun-intended) that no one can truly escape the land of soap operas. Below is an overview of some characters who will come back to life in 2020.

12. Stefano DiMera – Days of Our Lives

The time jump in Salem has been intriguing to say the least, but even more interesting than all the question marks lingering within fans’ minds is the fact that Princess Gina continues to talk to a man that is seemingly Stefano DiMera, but has not been confirmed as of yet. Sadly, the actor who played the infamous character, Joe Mascolo, passed on in late 2019, so how will Stefano “officially” return? Perhaps, he’ll merely be a voice to a body that is shown with no face. There’s a small chance the part could be recast to another actor, but that may not be the best idea considering how attached fans are to Mascolo’s legacy.

11. Stefan DiMera – Days of Our Lives

Speaking of, while Stefan passed away in 2019 and his heart was donated to Julie Williams, most viewers know that the DiMera family has nine lives. According to Soaps.com, the actor who played the part most recently, Brandon Barash, was seen on actor Galen Gering’s (Rafe) Instagram handle, creating a stir around a return. There is a very good chance that Days writers could craft an over-the-top story for Stefan’s comeback.

A plane crashes and with no remains found? That definitely sounds like a return in the making! Especially now that Drew’s memories lay inside of Franco’s head. The idea of bringing Drew back at some point in 2020 seems like an obvious move, especially since he would return (potentially) with even more memory loss issues.

Much like Days’ DiMera family, the Cassadines have nine lives – all of them! With Kristina Cassadine passing away in the early 2000s in a boating explosion, it seems only fit that she could be a member of that family who returns in 2020 to try to lay claim to some of that Cassadine fortune.

Speaking of boating explosions, Cassandra recently met her demise on one. Yes, GH writers are obsessed about having their characters pass on during a boat explosion, and most likely for a number of reasons, with the first one being it can easily help bring a character back. Cassandra likes to pop up when fans’ least expect it, so it wouldn’t be too off-the-wall if she returned to kidnap Charlotte (again) in the summer, or during November sweeps week.

7. Drucilla Winters – Young and the Restless

Unlike some of the other soap operas, Y&R rarely does off-the-wall storylines around characters passing on, and generally stays away from these types of comebacks (other than Victor or Adam Newman). Having said that, in 2007, Drucilla Winters passed on in a fashion where she could return. With actress Victoria Rowell recently returning to the show for tribute to the late and great Kristoff St. John, could a door have been opened for a return? Devon could use more family right about now.

DOOL fans have simply been taken aback recently with this time jump storyline, and learning that fan favorite Adrienne Kiriakis has passed on … at the hands of Will Horton no less! It was completely unexpected; however, Adrienne has a doppelganger in Bonnie, so what if Horton did what he did because Bonnie was being aggressive with him? Adrienne could totally return to Salem alive and well if Bonnie was the one Will really hurt in the end.

Tony was last seen in the 1980s, accidentally passing on when he and gal pal Alexandria Quartermaine walked into an ice chamber. What if they were able to thaw out for a Port Charles comeback? Not only could this bring back another Cassadine to town, but another Quartermaine as well. Actor Thaao Penghlis would be a huge hit on the show once again. Plus, there’s nothing this soap loves to do more than sprinkle a little history into storylines.

Actor Bryan Craig, who played Morgan, was once busy with the primetime show GRAND HOTEL; however, since the show was canceled recently after one season, many have speculated as to whether or not GH fans could see Morgan return in 2020. Even without Craig, Corinthos could return with a recast, especially due to the car explosion the character was in that caused his demise.

With Hayden returning to the land of Port Charles with Violet in tow, it’s only natural that fans could see a reunion between her and Finn. But, where would that leave Anna? She could dive into a romance with Robert, or potentially, if the love of her life Duke returned to the land of the living, she could very well fluff off losing Finn quite easily.

2. Arianna Hernandez – Days of Our Lives

This may seem far-fetched, but if Jack Deveraux can return to Salem, why not Arianna? After all, Brady could use a nice romance in his life, and perhaps Dr. Rolf got involved with Hernandez’s passing (and return), as E.J. DiMera was a close friend of Arianna’s at the time. A return like this could really change the game on Days.

What if Mikkos has really been alive all these years? What if he has simply been in hiding, but still the mastermind behind all of Helena’s terrible schemes. Mikkos has been one of the few Cassadines to return back to the land of the living, and a comeback in 2020 could really shake things up in the land of Port Chuckles.