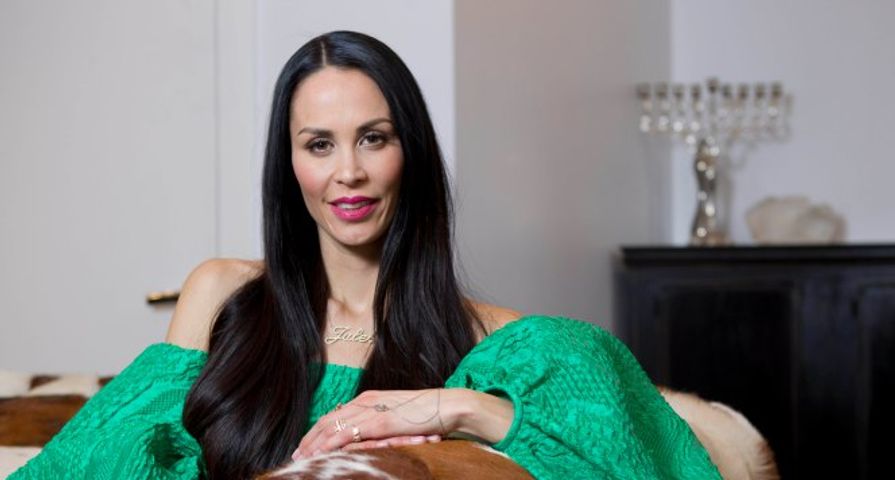 The Real Housewives of New York City is back for another season! The premiere date is set for Wednesday, April 6th and fans could not be more excited to see what’s in store this season for these Manhattan ladies. As with every city of the Real Housewives, the show has a constant revolving door with new women coming and going all the time. This season we say goodbye to two housewives, Heather Thompson and Kirsten Taekman, but the sad farewell of one housewife means the exciting introduction of a new one! This season the newest housewife is Julianne Wainstein. Before tuning into the premiere, check out this list of things to know about New York City’s newest housewife:

Julianne was invited on the show to replace former housewife Heather Thompson. Bravo confirmed Julianne Wainstein was joining the show just a few weeks after Heather announced she would not be returning for season 8 and she is loving the spotlight already. Wainstein told the New York Post in a recent interview that she loves all the attention she’s been getting from the show. She said, “Imagine having your hair and makeup professionally done all the time, and then people, like, starring at you through a lens. It’s fun.”

9. She Worked as an Event Planner

This five-foot-eight housewife used to work as professional event planner. According to the New York Times, she quit her job when she got married because the couple was travelling all the time. She once worked for a special organization that raises money for private schools and programs for women and the elderly in Israel called the Women’s International Zionist Organization.

8. The Only Married Housewife

This season is interesting because the only REAL housewife that is actually married is newbie, Julianne Wainstein. The rest of the women are either divorced, single, dating or recently engaged. Jules is the only one who is currently married. Her husband is Michael Wainstein, who is 9 years her senior, is the founder of Private Capital Group, a company that invests in business websites and companies. The two got married in a lavish Jewish ceremony in the Dominican Republic back in 2008 and share two children together, 3-year-old Rio and 5-year-old Jagger.

She has three homes, but her main homestay is in Tribeca, New York. This is the same neighborhood that fellow housewife Bethenny Frankel lives in, as well as celebrities Taylor Swift, Jay Z and Beyonce. When she isn’t living in Tribeca, she travels between her other two homes in Miami and a more modest house in Water Mill, New York.

Julianne owes her new found fame to fellow housewife, Dorinda Medley. The two met five years ago at a friend’s wedding and Dorinda is the one that recommended her to producers of the show. “She called me up one day, and she was like, ‘Would you be interested in being a Housewife? For me, it was kind of perfect timing. I kind of get high off of taking risks. So I couldn’t say no,” said Wainstein.

According to court documents reported by the New York Post, this isn’t Julianne’s first time in the spotlight. She first came under fire when her husband was caught up in a bad business scandal. Her capitalist hubby Michael, who is about a head shorter than her, and his Dual Groupe Hospitality company and Day & Night brunches ended a partnership publicly and very badly. Former nightlife promoters, Derek and Daniel Koch, left the group in 2014 after Michael sued them for calling him “a racial epithet.” The demise of their partnership was chronicled on Page Six of the New York Post. The Wainsteins are no longer in the “party throwing business.”

Julianne is Jewish and Japanese — and as Carole says in the trailer for the newest season, “You don’t have to remember that because she’ll tell you more than once.” The new housewife told the New York Post that her family is extremely traditional. “Even if we don’t have challah wherever we are, we always have a hot dog bun or cracker. Or if we don’t have Manischewitz, we’ll use Gatorade. Whatever works, we make it happen. It’s all about just having the family together.”

She attended the same school as Ramona. Both housewives attended the Fashion Institute of Technology, however not at the same time. After graduating, “Jules” as her friends call her, went on to be an assistant buyer and designer at a fashion boutique company in SoHo.

1. She Has Strong Opinions

A new housewife means a fresh new set of opinions! While filming for the newest season, Julianne said she butted heads with Bethenny Frankel a lot. She said, “She has a strong personality…so you expect it.” Jules also said LuAnn de Lesseps came off as a huge diva (what else is new) and that newly single Ramona was the biggest flirt. She also admitted that she’s been told she has the personality to hold her own reality show. “My whole life, everyone said, ‘You need your own reality show.’ But I never thought it would actually happen. It’s still like a dream.”