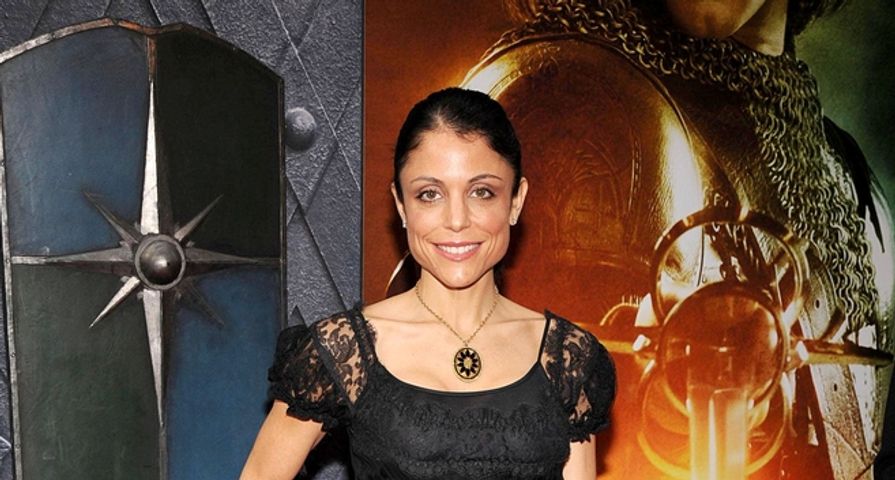 Bethenny Frankel is by far one of the wittiest cast members on The Real Housewives of New York, and probably of all the cities in the series. She’s got this no nonsense, straight shooter thing down to an art. She’s constantly spewing out hilarious one liners in her one-on-one interviews and in her interactions with the other housewives. Some of her off-side comments are so hilarious and popular among her fans, she’s branded them! Fans call her quotable phrases the “Bethenny-isms.” Bethenny gets a bad reputation from some of the other housewives for being too blunt and harsh, but that’s just Bethenny! She’s not one to sugarcoat her delivery and she’s constantly giving unsolicited advice. It’s impossible to narrow down all of her funny quotes over the years, but here’s a compiled list of some of her best:

10. When Sonja Drinks Too Much…

Sonja Morgan has been known to drink and go a little nuts. In the last season of The Real Housewives of New York, Bethenny got a glimpse of Sonja’s drunken antics while out in Atlantic city. Sonja kept repeating the same thing over and over again, despite Bethenny’s best efforts. Bethenny said, “She’s not connecting. She’s not getting it. I don’t know what translation it goes through to get to her, but she’s not hearing what I’m saying. Unless I’m speaking Japanese, but I’ve just never been known to do that.”

At a dinner party in the Berkshires in season 7, Ramona does her best to comfort Bethenny after she gets in a tiff with another cast member. “If you don’t wanna talk about it you don’t have to.” At which Bethenny cooly responds: “I’d rather eat glass than talk about this.” Alright, next subject!

Back when Jill Zarin and Bethenny Frankel were BFF’s, Jill invited Bethenny over to her newly decorated apartment and asked Bethenny for her honest opinion about it. She was blunt and honest: “Jill’s apartment is Liberace, Versace, la cucarachi. It’s like Ivana Trump. It’s got dangling things everywhere. If I were alone in Jill’s apartment for a week, I’d think I’d dropped a hit of acid.”

In the second season of The Real Housewives of New York, the ladies all meet up for a day at the beach. Bethenny was hilarious in her critic of the other women and their lavish outfits for a day at the beach. Bethenny quipped: “Ramona showed up to, I suppose, cheerlead and maybe surf. Jill showed up to look like ‘Maude’…like, she had a muumuu on in all these colors. She had probably $30,000 worth of jewelry on. She looked like a fruit salad.”

The last season of RHONY started out with the ladies getting together in for some drinks in the Hampton’s. At one point in the discussion Bethenny asks what everyone is doing the next day, and if they’d like to come over for brunch. Ramona immediately gets angry and accuses Bethenny of bad manners for stealing her guests. Bethenny later said in an on-camera interview: “Is this inappropriate brunch behavior? I missed that chapter. My next book is going to be: B-tches Who Brunch.”

In season 7 of RHONY, Heather, LuAnn and Bethenny were talking about a previous argument between Bethenny and Ramona at lunch, but when Heather takes control of the conversation and goes off in a tangent about Ramona’s actions, Bethenny loses interest in the conversation. Eventually Bethenny cuts Heather off mid-sentence and said: “I’m begging you can we not? I don’t care. None of this is interesting to me. It’s way too much conversation about it already.”

Back in season 3 while on a trip in the Virgin Islands, Kelly Bensimon and Bethenny got into multiple arguments, mainly due to Kelly’s odd behavior. After being grilled a million times about whether she was a chef or a cook, Bethenny finally snapped on Kelly and said: “You are the most unintelligent human being I’ve ever had the pleasure of being around. Adios, lunatic!”

Ramona invites Bethenny to her birthday party and Bethenny is weary about going: “I’ve been to women’s Upper East Side parties before. Some women look great, and some have gone over the top. It looks like the Star Wars bar.”

This one-liner took part in one of the biggest (and craziest) fights in Real Housewives history. The episode was called “Scary Island,” because Kelly Bensimon went a little scary crazy. When Kelly’s antics got a little too much to handle, Bethenny put it bluntly: “She’s cuckoo for Cocoa Puffs.”

During lunch conversation the ladies are revisiting an encounter between Bethenny and Ramona and how she can be a little overbearing sometimes. Bethenny puts it bluntly when talking about how she wants Ramona to get out of her face: “Get off my jock!” This phrase has become so popular from the past season of RHONY that it’s been branded onto merchandise.