Home » Entertainment » Celebrities » Cast Of Real Housewives Of New York City: How Much Are They Worth? 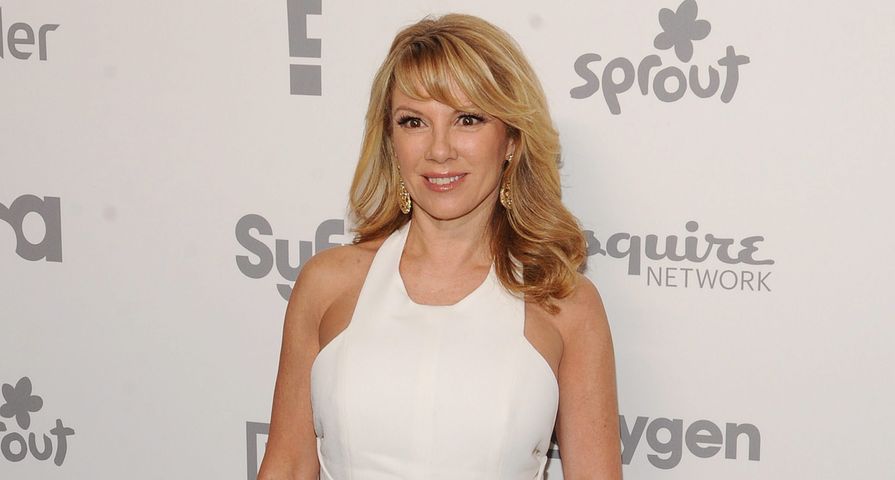 Estimated Net Worth: $20 million. Kristen Taekman has accumulated most of her wealth through her marriage to Josh Taekman who made millions after founding her energy drink company, eBoost. Before launching his own company, Josh worked as the Vice President of marketing at Diddy’s Bad Boy records. Kristen was at one point a successful model, but she now focuses on being a mom and her two businesses. She has a successful greeting card company called 2nd Street Press, and a fashion blog called Last Night’s Look, as well as a line of nail polish called Pop Of Color. Kristen just recently announced that she will not be returning to The Real Housewives of New York City after her two season run. The news comes at the heels of a public scandal which occurred this past summer when her husband was exposed for having an Ashley Madison account. Kristen is taking time to focus on her family, but in the mean time her business ventures and husband’s success has her sitting comfortably with an estimated net worth of $20 million.

Estimated Net Worth: $50 million. Carole Radziwill is probably one of the most interesting Real Housewives, because she’s unlike anyone else on the show. Carole is a successful journalist who used to work for ABC News — at one point she worked overseas reporting on the Gulf War and in 2003 as a correspondent in Afghanistan. She met her husband, Prince Anthony Radziwill of a Polish Royal family (who had family connections to the Kennedys) while working as a journalist, but their marriage was short lived when he was later diagnosed with cancer. After Anthony died, Carole left her career as a journalist and found even more success as a writer. She wrote a memoir called What Remains: A Memoir of Fate, Friendship and Love which ended up on the New York Times Best Seller List, and began writing a monthly column for Glamour magazine interviewing celebrities. She went on to author two more novels, The Widow’s Guide to Sex & Dating, and sold them in a lucrative high six-figure deal to Holt Publishing. The novel series are even in the process of being developed into a TV series! All of this success has given Carole an estimated net worth of $50 million! She’s the second richest housewife in the entire Real Housewives franchise.

Estimated Net Worth: $20 million. This American socialite is best known for her appearances on The Real Housewives of New York City. She had a few cameos over the past seasons as a friend, but she recently joined as a regular cast member in season 7. Dorinda made a lot of her money when she moved to London with her first husband and started her own cashmere company, DCL Cashmere. The business was extremely successful with high profile clients like Princess Diana and Joan Collins. But when she had her first husband got a divorce, she sold the company and moved back to New York City where she met her second husband, Peter Medley. Peter was a partner and hedge fund adviser at George Soros and chief economist for the US Banking Committee. A lot of her income came from their marriage and together the two worked on fundraising causes for celebrities like Desmond Tutu, Brad Pitt, Angelina Jolie and Hilary Clinton. She’s definitely made her way to the top! Her second husband passed away in 2011 and since then she’s been rebuilding her life and joined the Real Housewives. Today, she’s got an estimated net worth of $20 million.

Estimated Net Worth: $25 million. Bethenny Frankel is definitely a self-made woman. She went from struggling housewife to fierce business millionaire mogul. Before it all began she worked as a chef who was asked to go on The Apprentice: Martha Stewart and she even made it into the final spots! She then moved onto the Real Housewives, but when her Skinny Girl cocktail blew up, she took a brief hiatus from The Real Housewives of New York City to star in two of her own spin-off Bravo series, Bethenny Getting Married? and Bethenny Ever After. After a messy divorce, Bethenny has returned to the Real Housewives and currently makes about $40 thousand per episode! However, the majority of her income still comes from her Skinny Girl empire which has branched out from cocktails to everyday foods like coffee and snacks. She’s also authored four self-help books and had a brief stint hosting her own talk show, Bethenny, but it was cancelled after one season. All of her hard work has amassed her a fortune sized net worth of $25 million!

Estimated Net Worth: $10 million. Unfortunately, Heather Thomson will not be returning to The Real Housewives of New York City, but she had a good three season run. Heather is best known for her time on Bravo’s reality show, but her real money maker is the fashion line Yummie. Heather developed the idea behind Yummie after she had children. She wanted to create a sexy shapewear for women that was practical, but still fashionable. Prior to developing this company, she worked in the fashion industry for 15 years as both a designer and stylist for celebrities. Some of her biggest clients were Sean ‘P Diddy’ Combs, Beyonce and Jennifer Lopez. Not too bad! Despite making a lot off her business endeavors, Heather still raked in approximately $175 per season while filming for Real Housewives and today she’s sitting comfortably with an estimated net worth of $10 million.

Estimated Net Worth: $15 million. LuAnn hasn’t had much of a ‘working’ career, but when she did she was a licensed vocational nurse working in nursing homes. She then moved onto runway modeling  to make some serious money! Soon after she married Count Alexandre de Lesseps and took on the title of being a ‘Countess.’ LuAnn and the Count are now divorced, but share two children together. During their marriage, LuAnn started her career as an ‘entertainer.’ She joined the cast of The Real Housewives of New York City and dabbled in a singer career that never took off. During her time on reality TV, she ended up in the midst of a divorce and swirling infidelity rumors. It is suspected that she would have gotten a hefty settlement in the divorce which would contribute to her overall net worth. She’s also released a book called Class With the Countess: How to Live with Elegance and Flair, but later admitted to using a ghost writer and released a fashion line called “The Countess Collection.” All of this combined has amounted to LuAnn’s estimated net worth of $15 million.

Estimated Net Worth: $8 million. It might be surprising to fans, but Sonja Morgan actually has money! Sonja was recently involved in a serious lawsuit because of a failed movie production and filed for bankruptcy in 2010. At this time, Sonja had $13.5 million in assets, but was $19.8 million in debt, $7 million of that was from a failed movie project called Fast Flash to Bang Time which reportedly was supposed to star John Travolta. Early on in her life she married an extremely wealthy man named John Adams Morgan gracing Sonja with a lavish lifestyle, but the two have since divorced and she claims she never got her full divorce settlement. She’s now been on Bravo’s The Real Housewives of New York City  for five seasons now and currently rakes in about $475 thousand per season. In the midst of her financial burdens, Sonja wrote a cookbook featuring toaster oven recipes and finally got her ‘lifestyle brand’ off the ground. It’s unclear how much of a profit she’s been making on it. Last season, Sonja had a fashion show during fashion week to showcase her clothing line and been reportedly working on a screenplay. It’s never fully clear what Sonja has going on, but in the end she’s worth an estimated net worth of $8 million.

Estimated Net Worth: $18 million. Ramona has made her money through her various business ventures like RMS Fashions, Tru Renewal, Ramona Singer Jewelry, True Faith Jewelry, Ramona Pinot Grigio. Ramona started out as a buyer for Macy’s, working with Calvin Klein and French Connection, and today she’s the owner of RMS Fashions which includes her skin care and jewelry line. She’s been well recognized by Women’s Wear Daily, People Magazine, and the Home Shopping Network. The majority of her income comes from these various business ventures, but she’s also been a long time member of The Real Housewives of New York City which she collects a huge $500 thousand per season! All of this combined adds up to Ramona’s estimated net worth of $18 million.