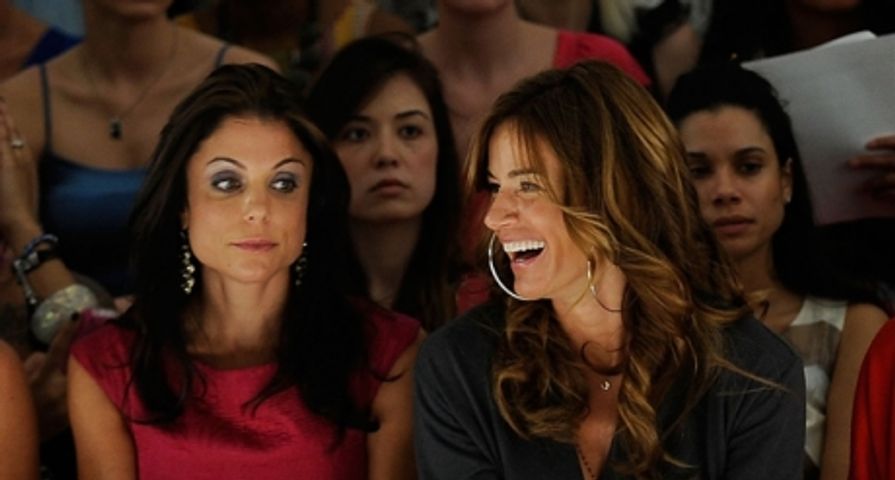 On The Real Housewives of New Yorks, we’ve seen a lot of drama over the past eight seasons, from small squabbles to full on epic feuds. The one thing that we know for sure about these ladies is that they love drama and they know to fight dirty. Since the show’s ninth season is about to premiere, we have 7 of RHONY’s biggest feuds:

Carole Radziwill and Aviva Drescher really seemed like they were going to be friends at the beginning of season five but, during season six, Drescher ended up completely ruining any goodwill Radziwill felt for her when she told some of the other housewives that she had used a ghostwriter to write her bestselling memoir, What Remains. Things got pretty ugly between the two housewives when Radziwill attended Drescher’s housewarming party. Drescher brought up the ghostwriting allegations again and then Radziwill called her a liar. Even after their arguments, Drescher still couldn’t stop herself from criticizing Radziwill to anyone who would listen, accusing her castmate of building her career on the Kennedy name.

Alex McCord and Luann de Lesseps started feuding during season four, and unlike a lot of other fights that have occurred on the show, this one lacked passion. When McCord snapped at de Lesseps for picking on Ramona Singer when they were in Morocco, all the Countess could do was be her classiest self, telling McCord to crawl back into the cabinet she came out of. When the two had a brief get together after the drama in Morocco, de Lesseps made it clear that she didn’t care at all for the McCord when she commented on her “Herman Munster shoes.” The feelings of dislike were more than mutual as McCord called her a “thug in a cocktail dress.” Even during the season four reunion, these two continued their spat.

Carole Radziwill and Luann de Lessep’s feud all began when the writer-turned-housewife hooked up with the etiquette queen’s 30-year-old chef Adam Kenworthy. The Countess didn’t take it so well when she found out that her castmate was dating Kenworthy. She claimed that he had just broken up with her niece and then proceeded to trash Radziwill in her blog and on social media, calling her a pedophile. Even though Radziwill has said that she has forgiven the Countess for all of the nasty things she said about her, we don’t expect these two to ever be close friends.

Bethenny Frankel and Luann de Lesseps didn’t always get along during the first three seasons of the show but, during season eight, they got into an epic fight at Dorinda Medley’s place in the Berskshires. Frankel completely lost it on de Lesseps when she claimed that she helped the reality star come up with the name Skinnygirl. Frankel threw a lot of insults at de Lesseps and called her out her hypocritical behavior. Things got even rockier between the two later on in the season when Frankel showed the Countess pictures of her fiancé Tom D’Agostino kissing another woman. We think it is safe to say that these two won’t be friends anytime soon – that’s for sure!

Ramona Singer and Kristen Taekman’s feud was pretty ridiculous, but it got pretty dramatic when Singer threw a wine glass at Taekman’s face and drew blood. When Singer tried to apologize for her behavior a couple of episodes later, Taekman wasn’t having any of it. During season seven when everything seemed to have blown over, Singer reignited the feud by attacking Taekman for upsetting Bethenny Frankel, accusing her of being “dumb.”

Jill Zarin and Bethenny Frankel were the best of friends for the first two seasons of Real Housewives of New York, but between season two and season three, the two had an epic falling out. According to Frankel, the two former friends fell out when Zarin found out that the Skinny Girl mogul was getting her own spin-off reality show and she reportedly asked the other housewives not to film with Frankel. To this day, the two have not made up.

It was clear during season two that Kelly Bensimon and Bethenny Frankel weren’t ever going to be friends. Their feud really began when Frankel criticized Bensimon for refusing to have her name associated with Jill Zarin’s charity, Creaky Joints, but then it quickly became something much bigger. Things came to a head during season three when Bensimon and Frankel went on a trip to the Virgin Islands with Ramona Singer, Sonja Morgan and Alex McCord. An erratic Bensimon continually attacked Frankel, accusing the Skinnygirl mogul of not being a real chef and of wanting to kill her. Frankel didn’t take the accusations lightly and ended up losing it on Bensimon, screaming at her to “go to sleep.” When the two ran into each other at Luann de Lesseps’ girls’ night out during season seven, it was pretty obvious from Frankel’s reaction to her former nemesis that there was still some bad blood.