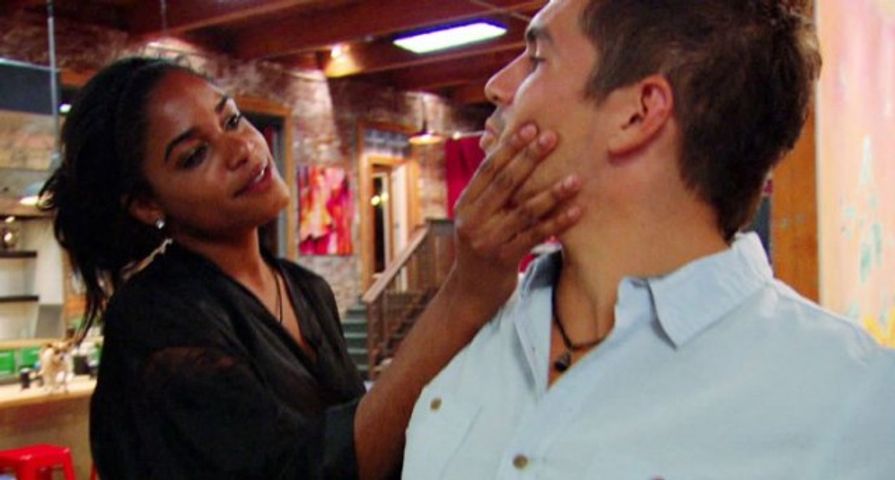 MTV’s The Real World has now been on for an incredible 30 seasons, meaning there have been a lot of opportunites for very real drama to make its way on to the show. By now fans are well aware that a lot of the show is heavily edited and somewhat staged to dramatize situations, but that doesn’t mean there haven’t been some things happen that did not need any help being any more dramatic. With so many different kinds of people and personality thrown into a house together, there is bound to be conflicts, romances and skeletons in the closet, all of which makes its way in front of the camera. Check out 10 of the biggest scandals to occur on MTV’s The Real World over the years.

As the seasons went on since the show first aired in 1992, audiences have gotten used to the usual “types” including the one guy who always thinks he is better than everyone else, and in the 2011 season of The Real World: Las Vegas, that person was Adam Royer. Drunk and disorderly is almost a way of life on The Real World, but Adam took it to a whole other level, getting himself in trouble with Hard Rock security by the second episode. Adam’s drunken rages were over the top and completely disrespectful to where he was staying, leading to a rare eviction from not only the hotel’s nightclub but the hotel itself. Due to the nature of the show, it takes a lot for someone to get kicked off, yet Adam managed it with some truly scary bursts of rage.

If drunk and disorderly is one thing that is to be expected from season, then so is the development of romantic relationships, and many, many hook-ups. Sometimes real relationships, sometimes some housemates hook up with more than one house mate, but in The Real World: Sydney, housemates Cohutta Lee Grindstaff and KellyAnne Judd were faced with a very real problem. After beginning a relationship, the two quickly became physical, but in episode 20 the pair experienced a pregnancy scare, which turned into a much bigger discussion about what they would do when the show ended. Including conversations with their family members, and how they would react to the news. It turned out to be just a scare, but was definitely a scandal for the two!

Fights between housemates are fairly common, but on the season of The Real World: Austin in 2005, Danny Jamieson ended up in the hospital with very serious injuries. Audiences knew it wasn’t dramatized or exaggerated when Danny got punched in the face when trying to stop a fight and ended up with a broken cheek bone, broken orbital bone and damage to nerves in his face as well as his eye and vision requiring surgery. The reality of his injuries was extremely scary, and brought to light how quickly things can happen, and while he did recover, his left eye has never been the same.

Throughout the years, many cast members have opened up about their struggles with addiction and rehab, one of which was Brandon Kane from the Real World: St. Thomas who had been addicted to both alcohol and heroin. Unfortunately, Brandon became one of the only cast members to ever battle with doing drugs while filming. After struggling to remain sober, he began drinking again in Episode 10, and audio catches him discussing doing drugs with a girl he meets while partying. The next episode reveals that Brandon in fact did do cocaine and became the first ever Real World member to be evicted for failing a random drug test while filming.

No matter the changes in society, almost every season has had confrontations between house members because of opinions on each other’s sexuality, but one of the worst was during the season of Real World: New Orleans. There was extreme tension between Ryan Leslie and Preston Roberson-Charles, which included multiple homophobic slurs exchanged between the two in a conflict that escalated so much, the police were actually called to the house. Regardless, the worst part was Ryan Leslie’s unapologetic reactions to the way he treated Preston and willingly threw around homophobic slurs without care.

As the seasons have gone on, it has become increasingly noticeable that boundaries of what is shown on camera has become less and less, resulting in one of the most shocking incidents to happen on the show to occur on Real World: Portland in 2013. Nia Moore caused a lot of drama in the house, but her strange relationship with housemate Jordan Wiseley in which the pair continuously fought, as well as Nia challenging Jordan’s manhood led to a proclamation that she would perform oral sex on him in front of everyone. The lead up was extremely sexual which included both being nearly naked, that audiences began to wonder just how far they-and the show- would go. It didn’t happen, but also raised questions about how far producers would have let it get.

There have been times when things have been blow out of proportion to escalate drama on some seasons that were off to a sluggish start or hit a lull, but cast member Dustin Zito was embroiled in the middle of a scandal when his past came back to haunt him on Real World: Las Vegas. After beginning a relationship with fellow housemate Heather Marter, Heather is alerted to his past in an email in which it says Dustin used to appear on a gay pornographic website under the name Spencer. When it turns out to be in fact true, everyone turns on Dustin, including Heather who breaks up with him as a result.

In several seasons of the Real World, audiences have seen different cast members get evicted from the house and booted from the show following a physical confrontation with another housemate. Again, one of the worst moments of this, and another which fans couldn’t believe they were seeing was centered around Nia Moore from Real World: Portland. She had already struck house mate Johnny Reilly numerous times in a previous altercation, but this time she used a blow dryer as a weapon. Johnny’s girlfriend and fellow housemate Averey rushed to his defense, and was later sucker-punched directly by Nia in what ended up being one of the longest and most brutal fights on the Real World. The most shocking part was that producers let it go on, and Nia was not even kicked out of the house. Her actions from before as well as from the fight left Johnny and Averey so scared, they ended up being the ones who had to leave and spend the rest of filming in a hotel, leading many viewers to wonder why MTV never stepped in with something that could have resulted in serious injury.

Many remember Tonya Cooley from her time on The Real World: Chicago in the show’s 11th season, but the real drama didn’t start until after filming. In October 2011, Cooley filed charges against MTV, Bunim-Murray Productions and her castmates Kenneth Santucci and Evan Starkman claiming she had been a victim of sexual assault by the two while on the show. According to her complaint, the two male cast members sexually assaulted her with a toothbrush after she was passed out from drinking, and she claims that producers were aware of the incident, but they did not stop it or reprimand the two men. Cooley ended up settling the lawsuit out of court and the terms of the settlement were not disclosed.

In the 2004 season of The Real World: San Diego, a 22-year-old woman came forward claiming she was raped in the Real World house by a friend of cast member Randy Barry. According to her report she believed the man who was identified “Justin” drugged her drink, saying after drinking it at the club, “she blacked out and woke up the following morning… in the guest bedroom on the set of MTV’s Real World.” A cast member reportedly found the woman naked on the bathroom floor as Justin was emerging, saying, “I just hit that.” While producers were initially cooperative with San Diego police, things took a turn when a lawyer for Bunim-Murray Productions refused to let the police search the bedrooms. In the end no arrests were made.