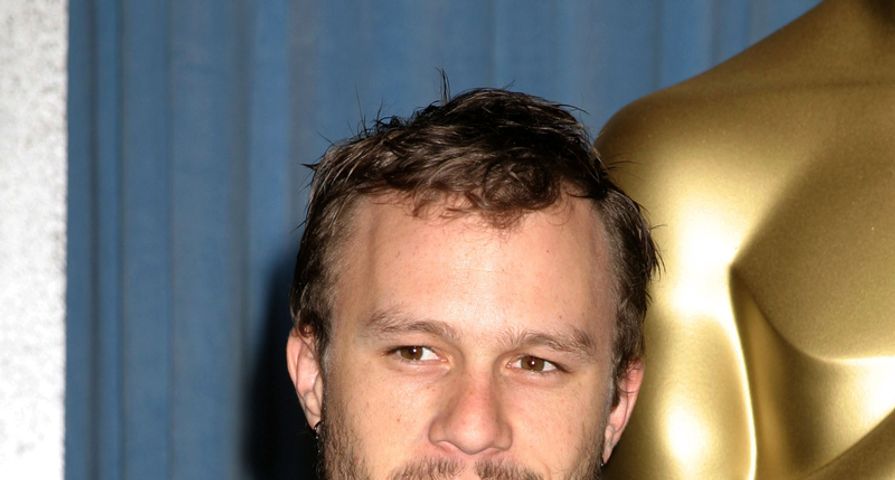 Untimely celebrity deaths have always made headlines but on occasion, tragedy strikes during the production or post-production of an active project. When that happens, the late actor or actress in question is unfortunately unable to see the fruits of their final labors. On occasion, such situations prove to be so dramatic that they add to the mystique of both the movies and their departed stars. Here are 14 such situations in which prominent players never lived to see the release of their last movies.

There aren’t too many people who would confidently refer to Anna Nicole Smith as a serious actress, but even so, when the model and socialite died of a drug overdose in February of 2007, she left an unfinished movie behind. Illegal Aliens was released on May 1, 2007, starring Smith as one of a trio of shape-shifting aliens who take on the forms of extremely attractive human females. Though pretty much everyone who saw the movie hated it, Anna Nicole Smith became the answer to a trivia question by dying before the movie was released.

Though she was a highly successful actress in her day, Natalie Wood is most famous now for being at the epicenter of one of the most mysterious celebrity deaths in history. Wood was terrified of water, and when she was a young girl, a gypsy fortuneteller had predicted she would drown. Sure enough, Wood died in the waters off California’s Catalina Island in 1981. Considered an accident for many years, authorities now classify the cause of Wood’s death as “undetermined.”

At the time of her death, Wood had a movie in post-production. That film was released in 1983 as Brainstorm, and it immortalizes the final performance of a talented actress whose life was tragically cut short by unknown causes.

Over the course of his long and storied career, Spencer Tracy starred in a total of 74 films. He also earned two Academy Awards for Best Actor and is considered one of the top ten leading men in history by the American Film Institute. However, he would not live to see his final film, the racially charged 1967 drama Guess Who’s Coming to Dinner?

It was well-known that Tracy’s health was deteriorating as he advanced into his 60s, and the shooting schedule of his final film had to be altered to take his fragile condition into account. He died of a heart attack barely two weeks after production of the movie wrapped up.

Screen legend Clark Gable was known as the “King of Hollywood” at the height of his career, and is still one of the most revered figures in American movie history. On November 6, 1960, Gable suffered a serious heart attack and was hospitalized, where he died 10 days later. Some of the people close to him claimed that his heart attack was the direct result of his physically challenging role in The Misfits, which he had just completed filming. The Misfits, a dramatic masterpiece penned by Arthur Miller starring Gable and Marilyn Monroe, was subsequently released on February 1, 1960.

Canadian funnyman John Candy had reportedly turned over a new leaf in his last years. The famously overweight comedian had secretly harbored deep insecurities about his weight, and had just committed to a diet and exercise regimen designed to help him get healthy once and for all. However, in 1994, Candy died of a heart attack in his sleep at the age of 43.

At the time, Candy was working on Wagon’s East!, a movie which was subsequently completed with a double standing in for Candy. Another Candy movie, Canadian Bacon, which had already completed filming, was then released in 1995.

Teen idol River Phoenix suffered a tragic and untimely death when he perished outside The Viper Room, a West Hollywood nightclub owned by Johnny Depp, on Halloween night in 1993. It was later revealed that the young actor, who was just 23 years old when he died, had ingested a lethal combination of cocaine, morphine and other substances.

Though Phoenix’s final film, Silent Tongue, had been screened in January of 1993 at the Sundance Film Festival, it did not go into wide release until 1994 and 1995. Its underwhelming performance at the box office makes it mostly forgettable, aside from the fact that it was Phoenix’s last movie appearance.

Like Candy, Chris Farley was another popular comedian who was highly sensitive about his considerable girth. Drowning his sorrows in alcohol and other substances, Farley’s high-rolling lifestyle finally caught up to him in 1997, when he died in a Chicago hotel room. His final film, Almost Heroes, was released in May of 1998. The movie was directed by Christopher Guest, an acclaimed filmmaker whose other credits include Waiting for Guffman and Best in Show.

Marilyn Monroe is arguably the most famous actress in Hollywood history, and it’s equally well-known that the blonde bombshell met an untimely end in 1962. Officially, she committed suicide by ingesting a lethal dose of barbiturates. However, many other theories have sprouted up over the years, some of which suggest Monroe may have been murdered.

What is known for sure is that Monroe’s last movie, Something’s Got to Give, was in production at the time of her death. She had previously been fired from the movie, but in the weeks leading up to her death, she had returned to the production. Though the film was never finished, a partial version was released by 20th Century Fox in 2001.

Brandon Lee, the son of martial arts legend Bruce Lee, was killed on March 31, 1993 on the set of what would prove to be his final film: The Crow. He was accidentally shot during the filming of a scene in which Lee’s character returns home to find his fiancée being victimized by violent thugs. Somewhat ironically, The Crow is about an undead being which comes back to life to seek revenge on the men who killed him.

Much speculation has swirled around Lee’s tragic death. Some believe that it was no accident that the prop gun which killed him was really loaded. What’s even stranger is that Lee’s legendary father Bruce also died young under mysterious circumstances before his last movie hit theaters.

According to official accounts, Bruce Lee died on July 20, 1973 from swelling of the brain. Lee had suffered an earlier episode of brain swelling during the filming of what would prove to be his last movie, Enter the Dragon. Though Lee was successfully treated for the initial incident, doctors were unable to save his life after the subsequent event.

The sudden death of an extremely healthy and fit man in his 30s was difficult for many to take at face value. Some rumors claim Lee’s family was the target of a curse, which later felled his son Brandon during filming of The Crow. Others think Lee was mixed up with organized crime and was marked for death. To this day, nobody knows for sure what really happened to Bruce Lee.

Hollywood heartthrob James Dean died in a horrific car crash on September 30, 1955, approximately one month before the release of what is perhaps his best-known movie, Rebel Without a Cause. Dean’s final performance hit screens on October 27, 1955, drawing massive crowds in part due to the popular actor’s untimely death.

Interestingly, Dean was not the only cast member of Rebel Without a Cause to meet a tragic end. Natalie Wood, who drowned in 1981, also starred in the movie, and Sal Mineo, who played the supporting role of Plato, was stabbed to death in 1976.

Heath Ledger died on January 22, 2008 following an accidental overdose of prescription medications. Though his demise shocked the entertainment community, Ledger had been plagued by insomnia after wrapping production of The Dark Night, in which he played the role of the Joker. He began taking multiple benzodiazepines, which are powerful prescription sedatives. They are believed to have played a major role in his death.

Ledger never lived to see the release of The Dark Knight, which went on to earn more than $533 million at the U.S. box office. Ledger was also posthumously awarded the Oscar for Best Supporting Actor for his chilling portrayal of the Joker, which is widely regarded as one of the finest movie performances of the 21st century.

A-List star Paul Walker died late last year on November 30, 2013 after a horrific car accident in which he was the passenger. The unexpected death of Walker still in the prime of his career meant he left behind several films that he will never get to see. The film Hours starring Walker as a father trying to keep his young daughter alive in the wake of Hurricane Katrina was released shortly after his death. While Brick Mansions in which Walker plays an undercover Detroit cop was released earlier this year. Finally, there is Fast and Furious 7, which was in the middle of filming when the accident occurred and adds tragic irony to Walker’s death in a fast-moving sportscar, after he spent so many years virtually living the Fast and the Furious life.

Both of Paul Walker’s brother’s are being used as body doubles and the rest will be created using CGI for the last Fast and Furious installment, which is destined to be a smash hit that Walker will not be able to enjoy the success of.

Legendary actor Philip Seymour Hoffman was found dead in his apartment on February 2, 2014 after an accidental overdose caused by acute drug intoxication including cocaine and heroine. His death at age 46 was unexpected and largely lamented by both fans and the entertainment industry in which he was highly regarded. His skill stretched through both film and theatre, taking part in a wide-range of roles and genres, pulling them all off brilliantly. He was able to attend the Sundance Film Festival to promote two of his last films God’s Pocket and A Most Wanted Man, both scheduled for major release this year. However, he will not be able to see the final installments of the major blockbuster franchise: The Hunger Games. Mockingjay Parts 1 and 2 feature Hoffman as Plutarch Heavensbee and are scheduled for release in November of 2014 and November of 2015.